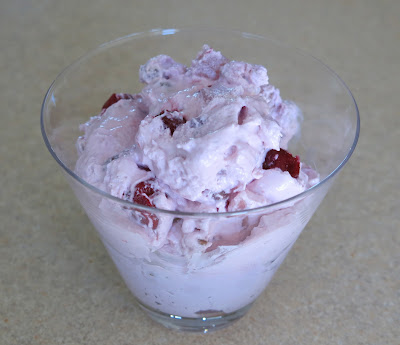 The bad news? We’re at the end of Unfortunately Named Caker Recipe Month. The good news? I’ve got something pink.

Like most cakers, I enjoy entertaining. Once the crockpot has been unplugged, the paper plates crammed into the garbage and the Taster’s Choice has been served, there’s nothing I like more than turning to my guests and asking, “Who’s got room for some Pink Thing?”

Look, there’s no reason to feel ashamed – everyone should indulge every now and then. Pink Thing is creamy, tasty as heck and hits the spot. Toss in some nuts and you’re in seventh heaven. Take it from someone who knows – Pink Thing delivers!

A few months back, I gave readers the chance to win copies of my novel, Natural Order, along with a handwritten recipe card. Fellow blogger Mimi was one of the winners and I sent her the recipe for Pink Thing. (Check out her results.) Naturally, I had to taste Pink Thing for myself – and now I’ve got another contest lined up!

Simply leave a comment that uses Pink Thing in a sentence. I’ll pick the best one and send the winner a copy of my first book, Fruit. I’ll even sign it so you get an extra 50 cents on eBay. Make sure you leave your comment by next Sunday, June 2. (And yes, you can opt in as "Anonymous.")

(Yep, this is the same gem that gave me “This is Terrible – the Soda is Overwhelming!” Cherry Pudding.) 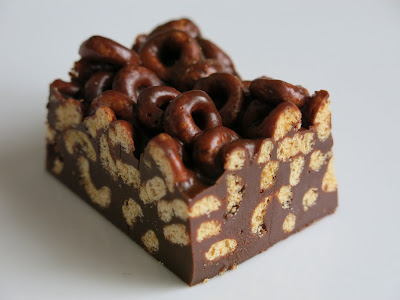 It's week three of Unfortunately Named Caker Recipes and I can hardly stand the excitement. This week’s recipe doesn’t have the same visual associations as Bun Spread or Corn Ring, but I think these squares are about as unfortunately named as caker recipes get.

Nothing says “low expectations” more than Make Do Squares. I’m not saying that cakers take a lot of pride in our cooking, but most of us at least put some effort into faking it. Call these squares “Cereal Celebration Crunchies.” Call them “Chocolate Cheerio Squares.” Just don't call them what they are – which is pretty much a brown cube of I-simply-don't-give-a-crap.

If you do make Make Do Squares, avoid bringing them to funerals, bridal showers or anniversary parties. You’ll send a mixed message which will leave people thinking you’re a) mean b) lazy c) suicidal or d) all three. Instead, save them for yourself for those times when you’re tired of making do with your job, your weight or your oppressive, suffocating relationship with Mother.

Note: I screwed up the recipe and accidentally used 2/3 pounds of butter. They turned out a little, er, slick. But that's okay. I made did with them.

Source: Simply Delicious! A Collection of our Favourite Recipes, The United Way of Leeds and Grenville 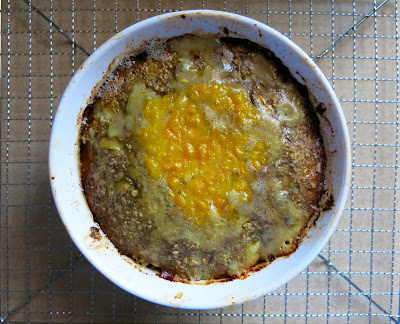 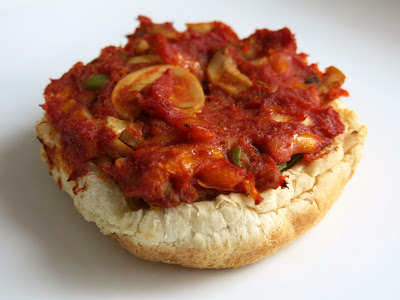