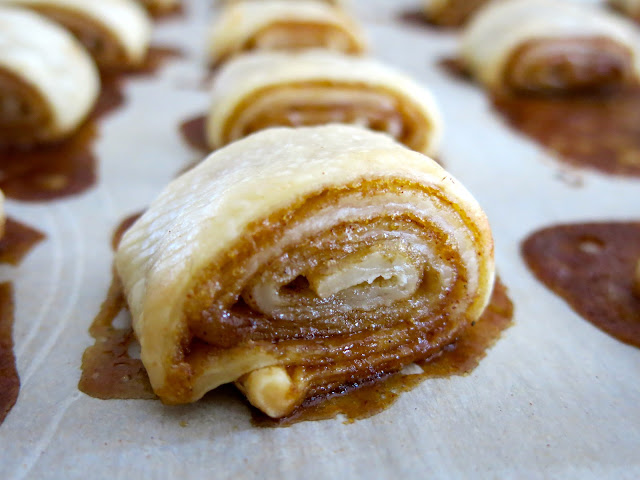 Sometimes, fellow cakers send me cookbooks. I suppose it makes them feel like one more cross-eyed doll from the Island of Misfit Toys has found a child to love it. When Caker Cooking reader, Adam, emailed to say he had something I might be interested in, I figured it’d probably be another church lady cookbook to add to my collection.

The cookbook was filled with ladies, all right – only their names were “Dawn Valley Parkway” and “Tammy Wynotte.” A 1993 fund raising project for Casey House (an AIDS hospice in Toronto), But Can She Cook?, features drag queens in all their hairy-armed fabulousness posing alongside their favourite recipes.

I opted for Patsy ReCline’s Dingle Hoofers because a) I look good in cowboy boots, and b) I haven’t had a good dingle in I don’t know how long. Not only were Patsy’s Dingle Hoofers delicious (they're like a pie without the filling), they made me consider a whole new category of caker cooking: gayker cooking.

The book’s creator told me Patsy passed away before the cookbook was published, which is all the more poignant given its cause. Patsy, wherever you are, I hope the cowboys are cute, the air smells like a Saskatchewan wheat field and this is playing on repeat.

Thanks, Adam! And thanks to Christopher and George for letting me use their words and photography.

Dingle Hoofers are an old country finger snack that’s as fine as frogs’ hair. This recipe is handy as hip pockets on a hog, so keep in mind next time you’re hankering for a snack, you’ll eat ‘em up, Take your room temperature pie dough and roll it out until it is approximately 1/8” thick. Spread your softened butter on the dough, being sure you have covered the whole area. Now you can sprinkle on the brown sugar as liberally or sparingly as you like. Be careful not to overload this with mounds of sugar because you won’t be able to roll the dough without it breaking apart. Be sure to add the cinnamon for flavour. Roll your dough, then slice into bite size pieces. Flatten pieces slightly. Place on a greased cookie sheet and bake until golden brown (15-20 minutes) in a preheated 350° oven. Cool on your open window sill, but careful no rascals come by and grab ‘em!

Source: But Can She Cook?
Text by Christopher North
Photography by George Leet

Email ThisBlogThis!Share to TwitterShare to FacebookShare to Pinterest
Labels: Cakes and Pies, Miscellaneous