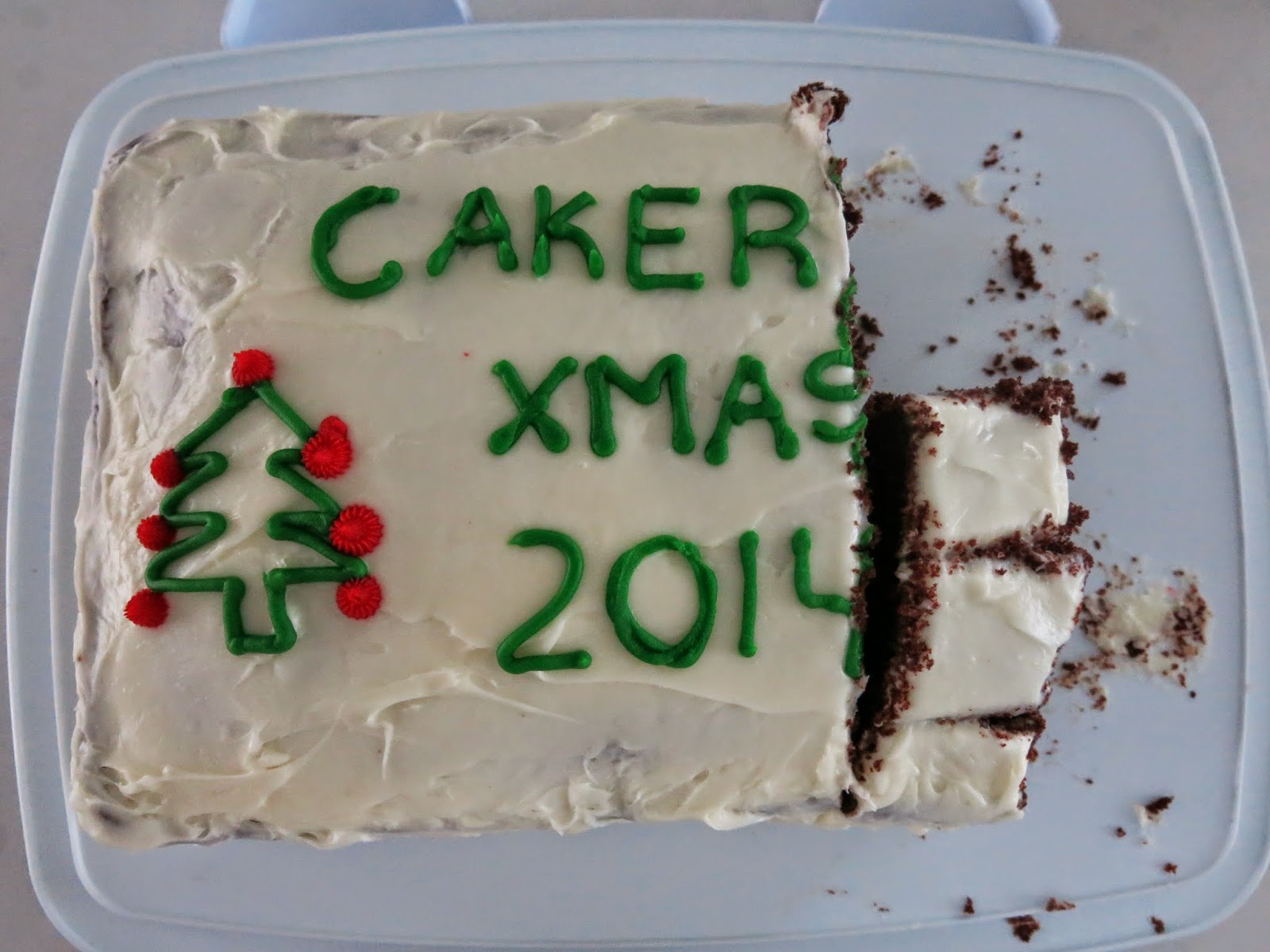 As the Irish Rovers say, “Wasn’t that a party?”

I held my annual Caker Christmas party the other night where I asked Eye-talians to make and eat caker food. This year, I told my guests that I wouldn’t supply the recipes. They’d have to find their own. I was a little nervous, but they did me proud. The cultural divide between cakers and Eye-talians just got a little narrower, friends.

I asked people to bring their recipes so I could post them, but most forgot. So I’ll skip the recipes this year. Hope that’s okay. Besides, no one ever makes these dishes. 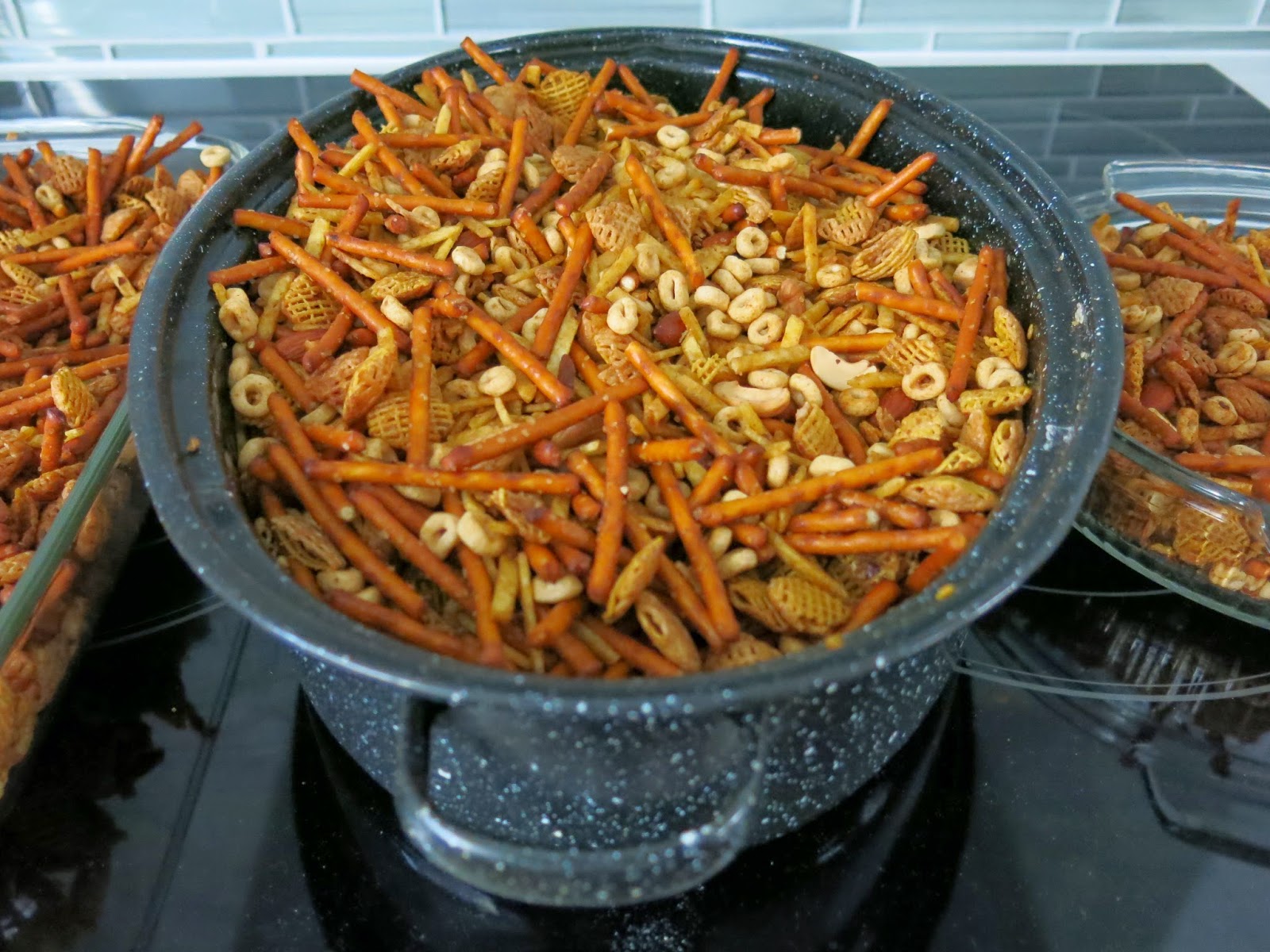 Nuts and Bolts
I first made this back in 2011 and forgot how much the recipe makes. You’re looking at a roasting pan, a 9x13 pan and a pie plate. Needless to say, everyone got a pail as a parting gift. Only problem? The smell of Hickory Sticks stays on your fingers forever. 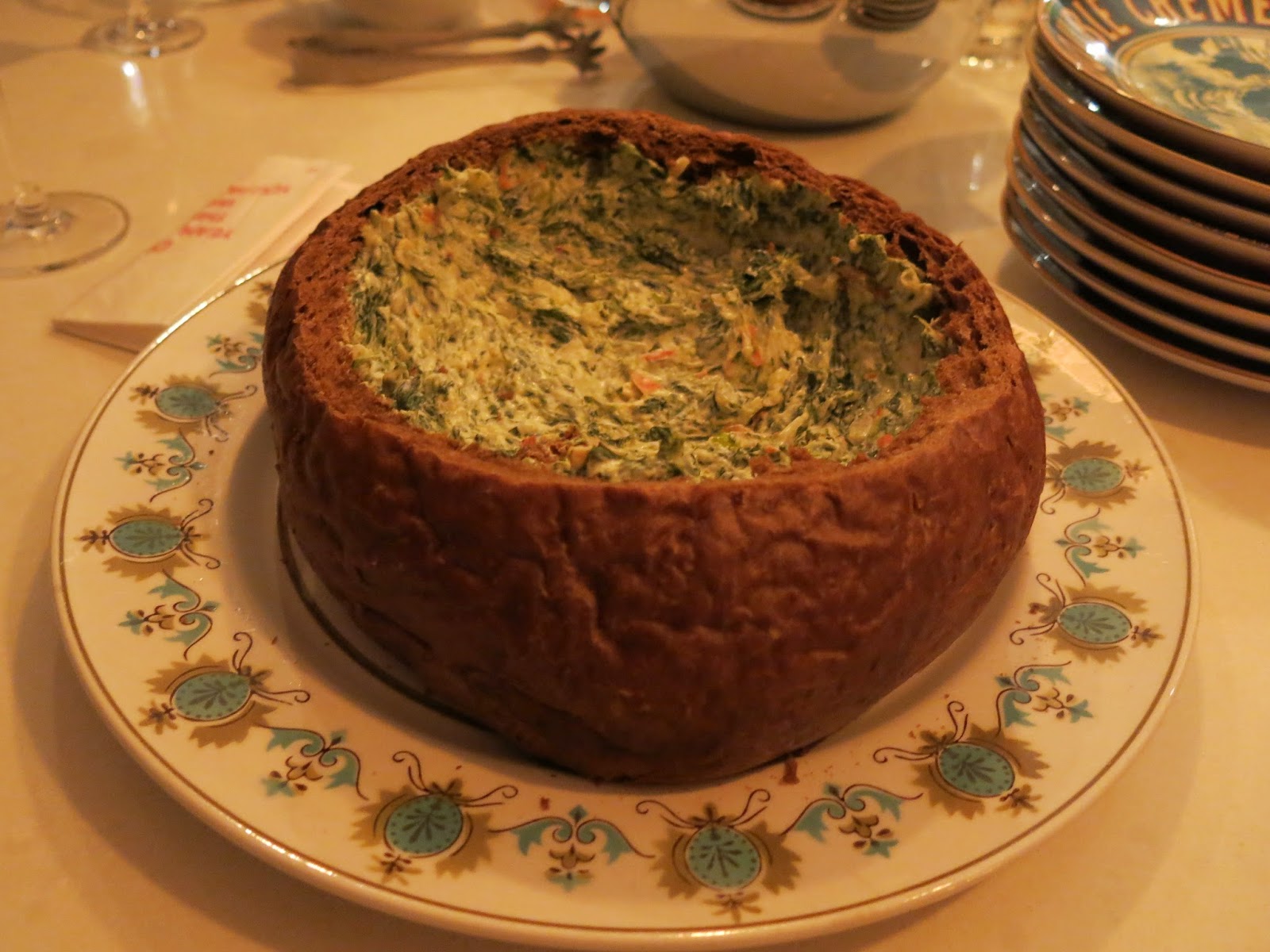 Spinach Dip
Spinach Dip is awesome because there’s one less dish to wash. I mean, you could try washing a pumpernickel loaf, but it gets kind of mushy. I’m speaking from experience. 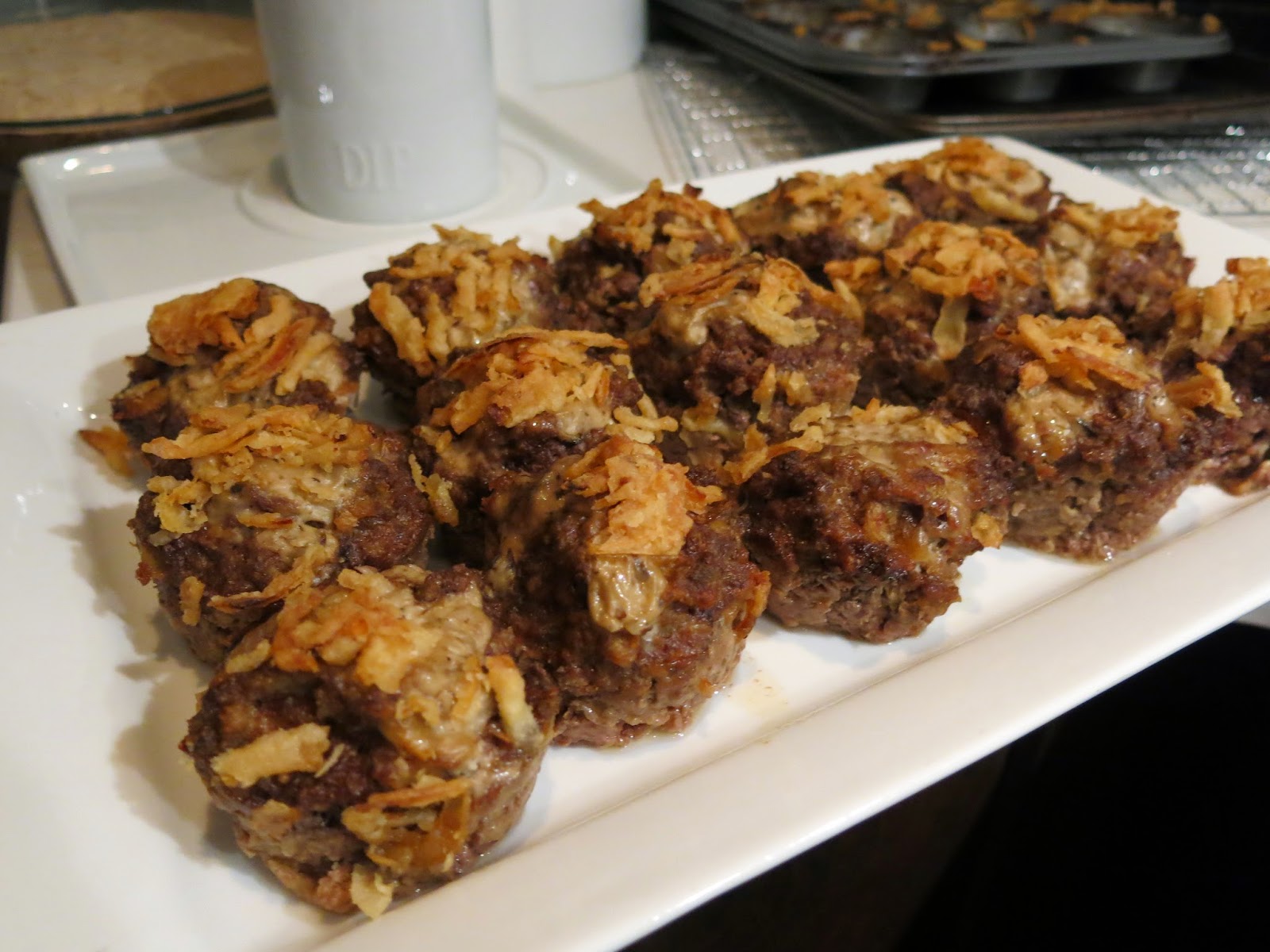 Meatloaf Muffins
I’m not sure if that was the name or not, but these ‘lil guys were pretty tasty. Best of all, you can enjoy one for breakfast with your coffee and not attract funny looks in the food court. 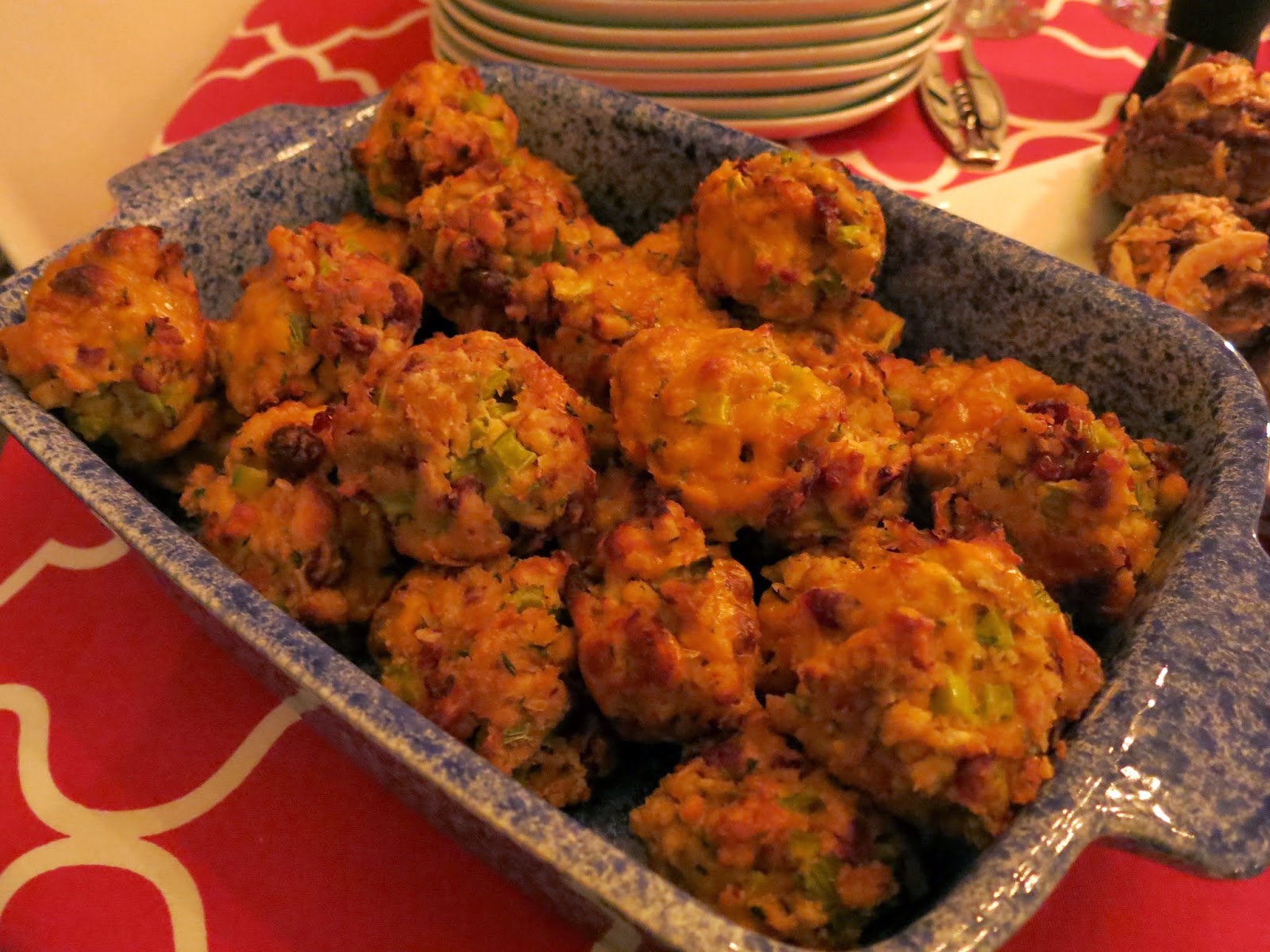 Cheesy Stuffing Cups
What a perfect accompaniment to Meatloaf Muffins! These had Stove Top Stuffing, cranberries and a binding agent. (My money’s on cream-of-anything soup.) I decided I’m going to invent a line of food shaped liked muffins. First up: muffin-shaped pizza! Speaking of pizza… 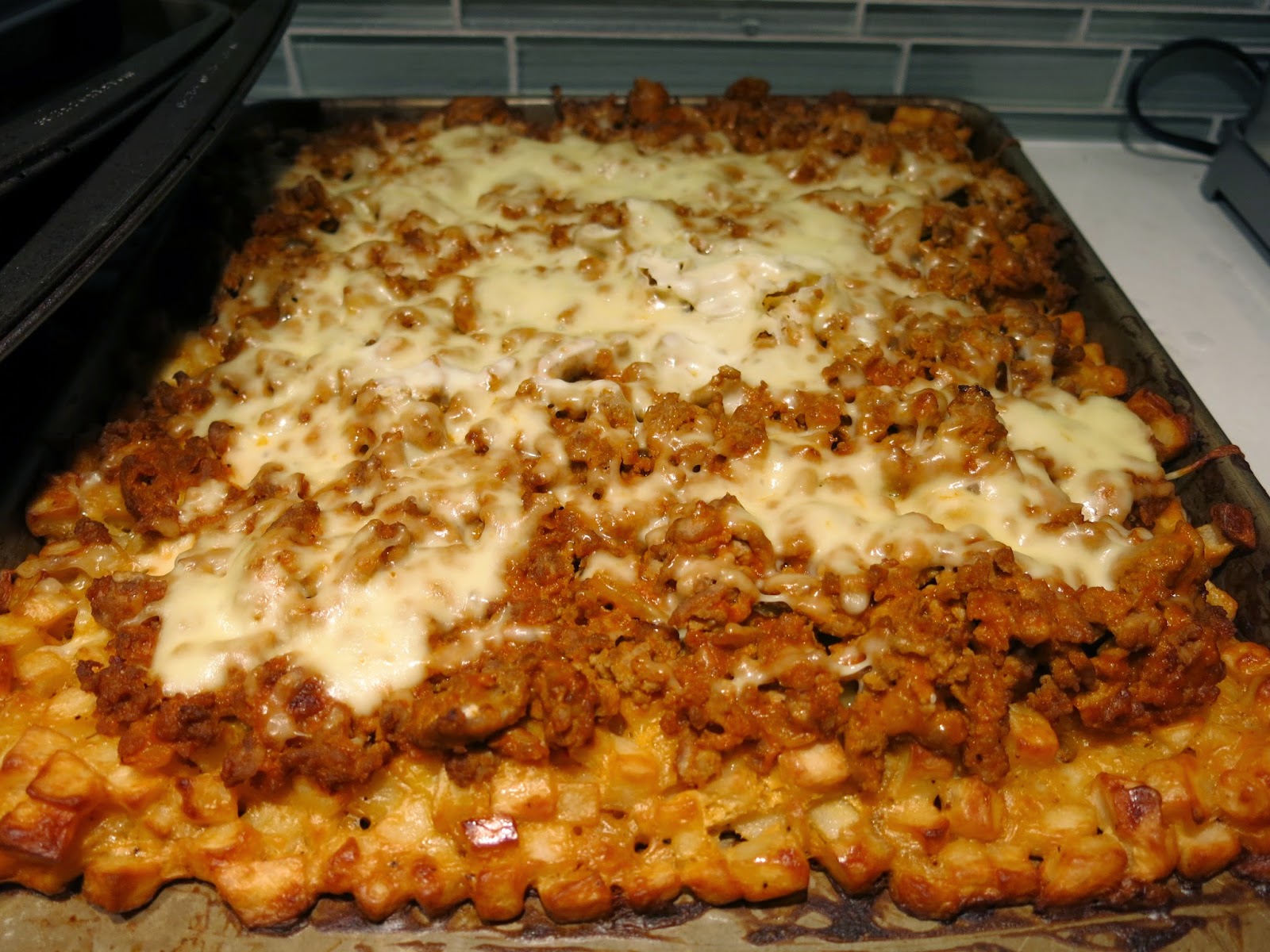 Hash Brown Pizza
Made by yours truly, the crust was hash browns and cheddar cheese soup and the topping was ground beef, tomato soup and cheese. Move over, Chef Boy-Ar-Dee. You may not be It-lee’s most famous chef for long! LOL! 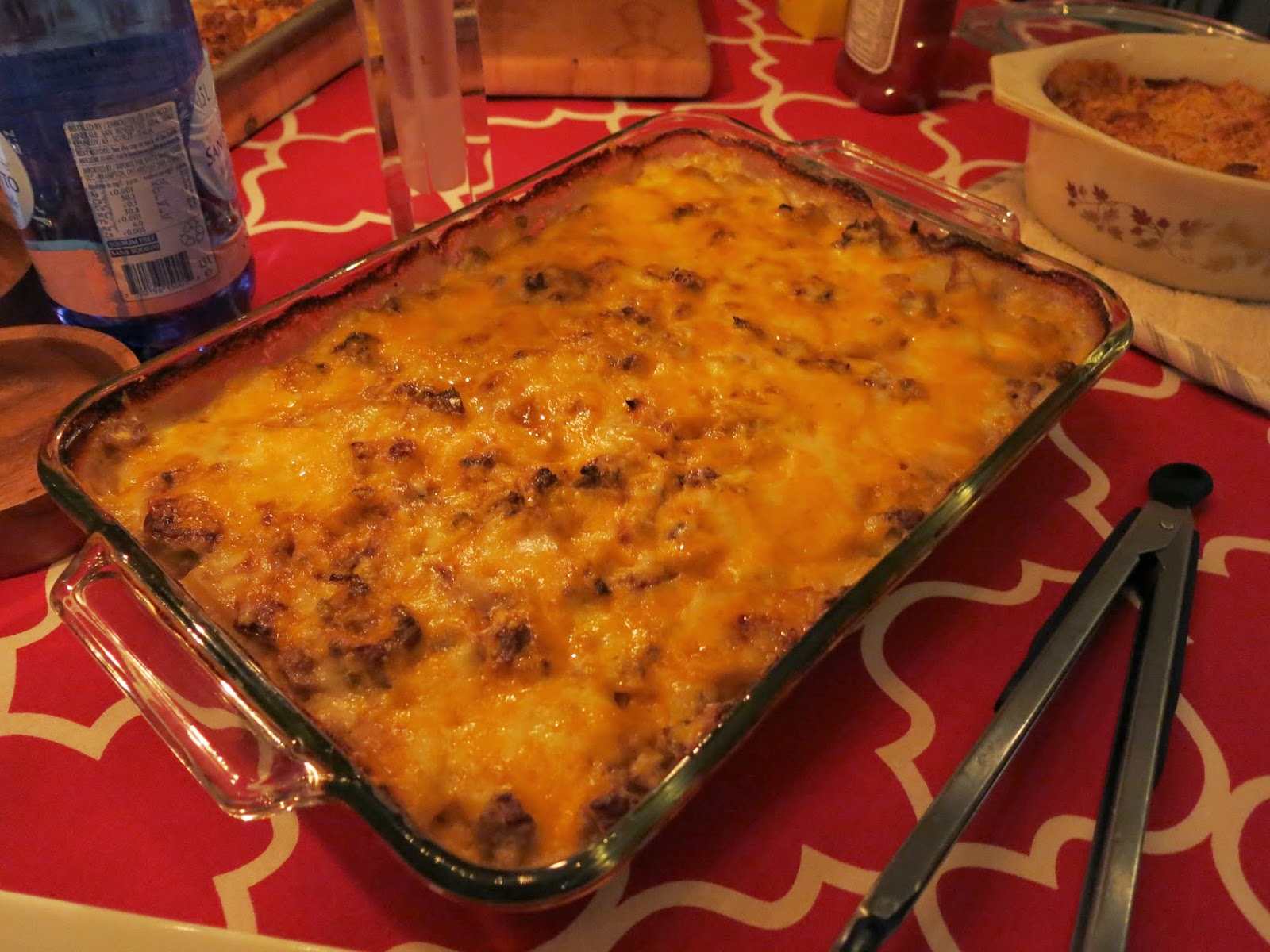 Potato Casserole
This had layers of potatoes and ground turkey. There was also lots of cheese, which explains the pinched expression on everyone’s face by the end of the night. 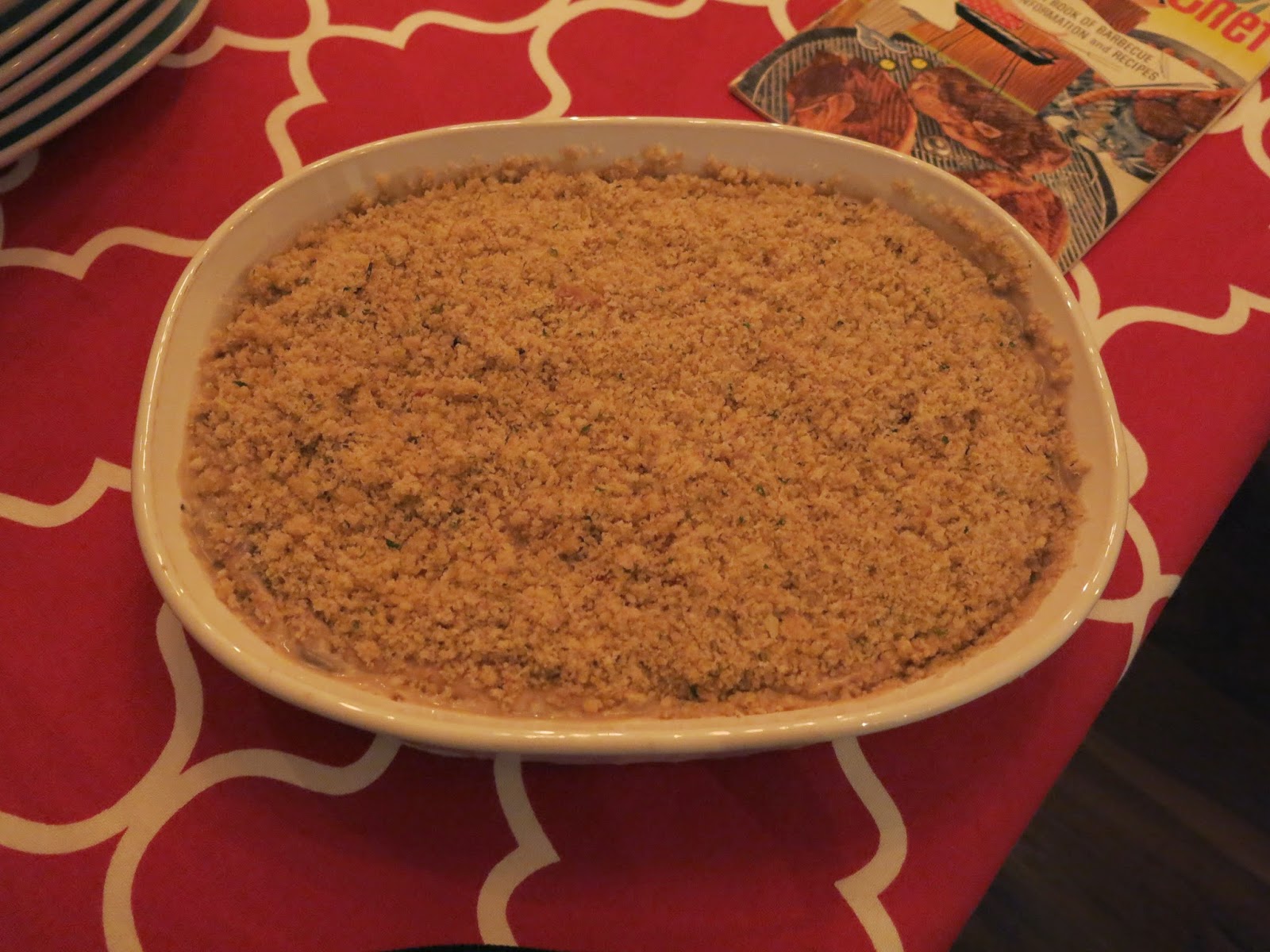 Lobster Thermidor
Lobster is a little high-end for most cakers. If we’re going to eat seafood, we usually grab a can of salmon. Or a tempura-battered fish stick. This tasted pretty good. I’m going to send the recipe to Red Lobster and take full credit for it. 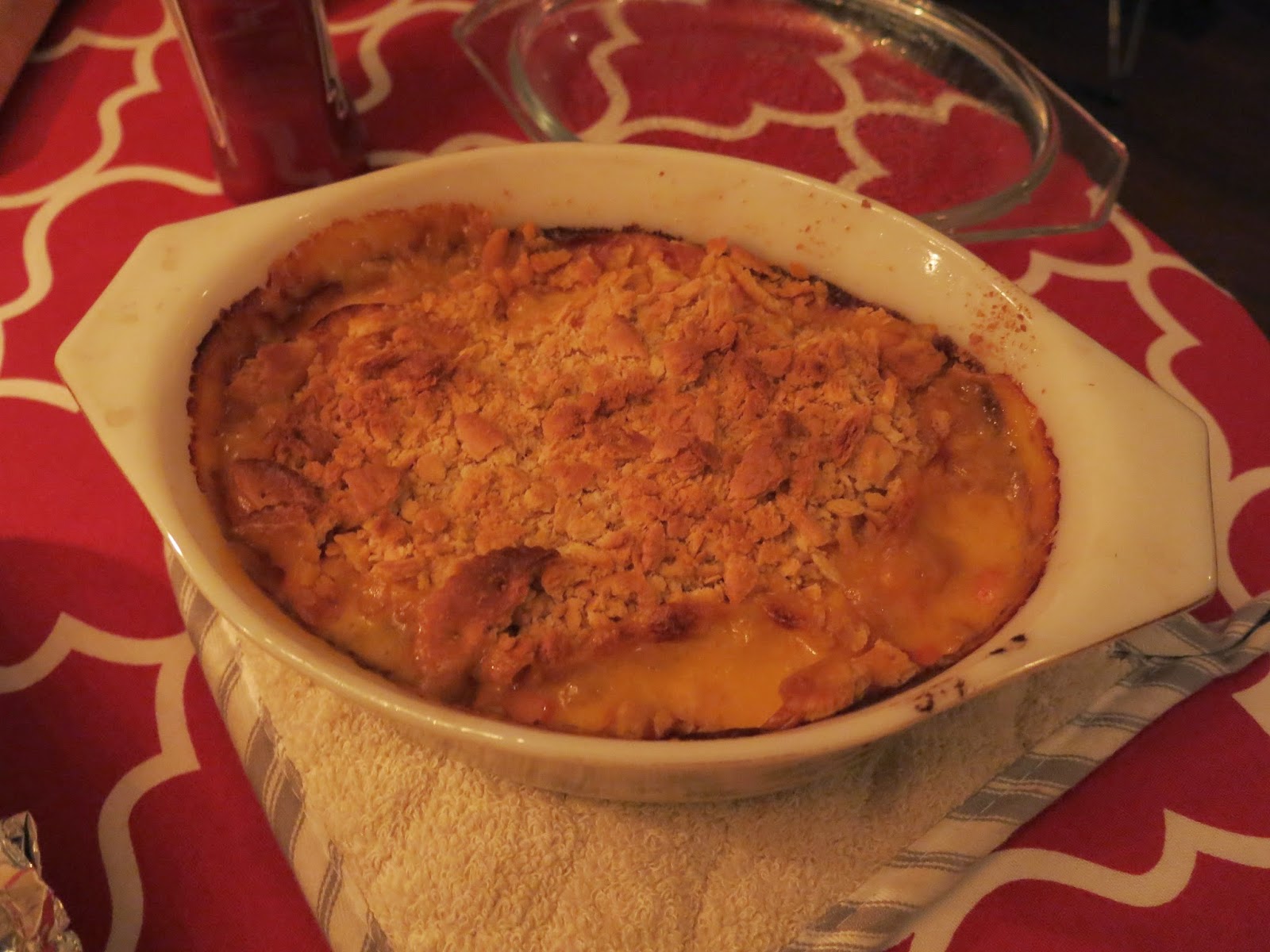 Carrot Casserole
I made this because I thought people would appreciate a vegetable option. If you're wondering where the carrots are, they’re covered in Velveeta, butter and Ritz crackers – as all vegetables should. Two people said it was the first time they’ve eaten Velveeta and I could only wonder why there’s so much suffering in the world. 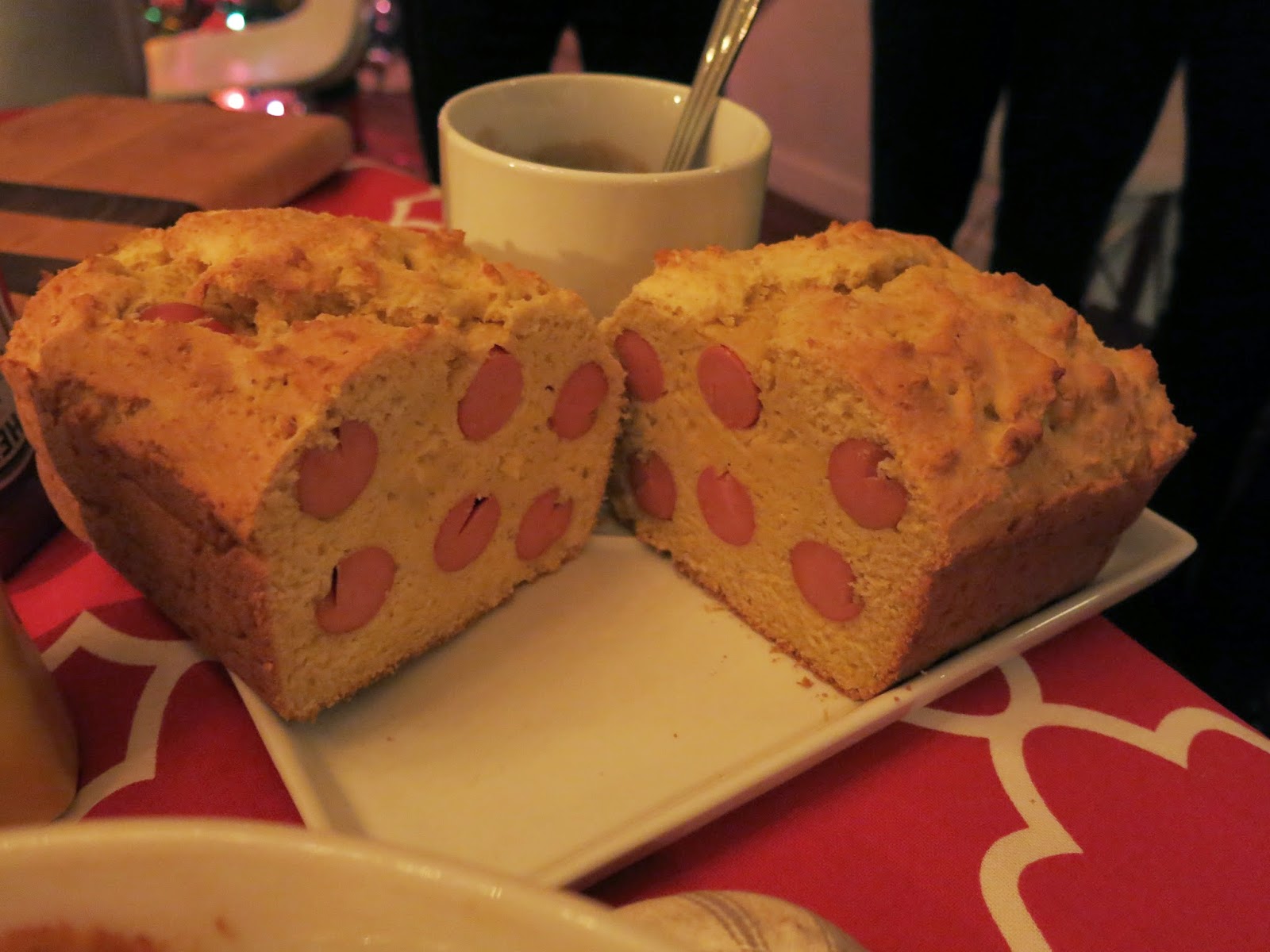 Frankfurter Loaf
Presenting the winner of Best-Tasting Dish of Caker Christmas 2014! Folks, these are wieners baked inside a loaf of corn bread. The only thing missing was a carnie asking me if I wanted a ride on the Tilt-a-Whirl. It was served with mushroom gravy. From a can. 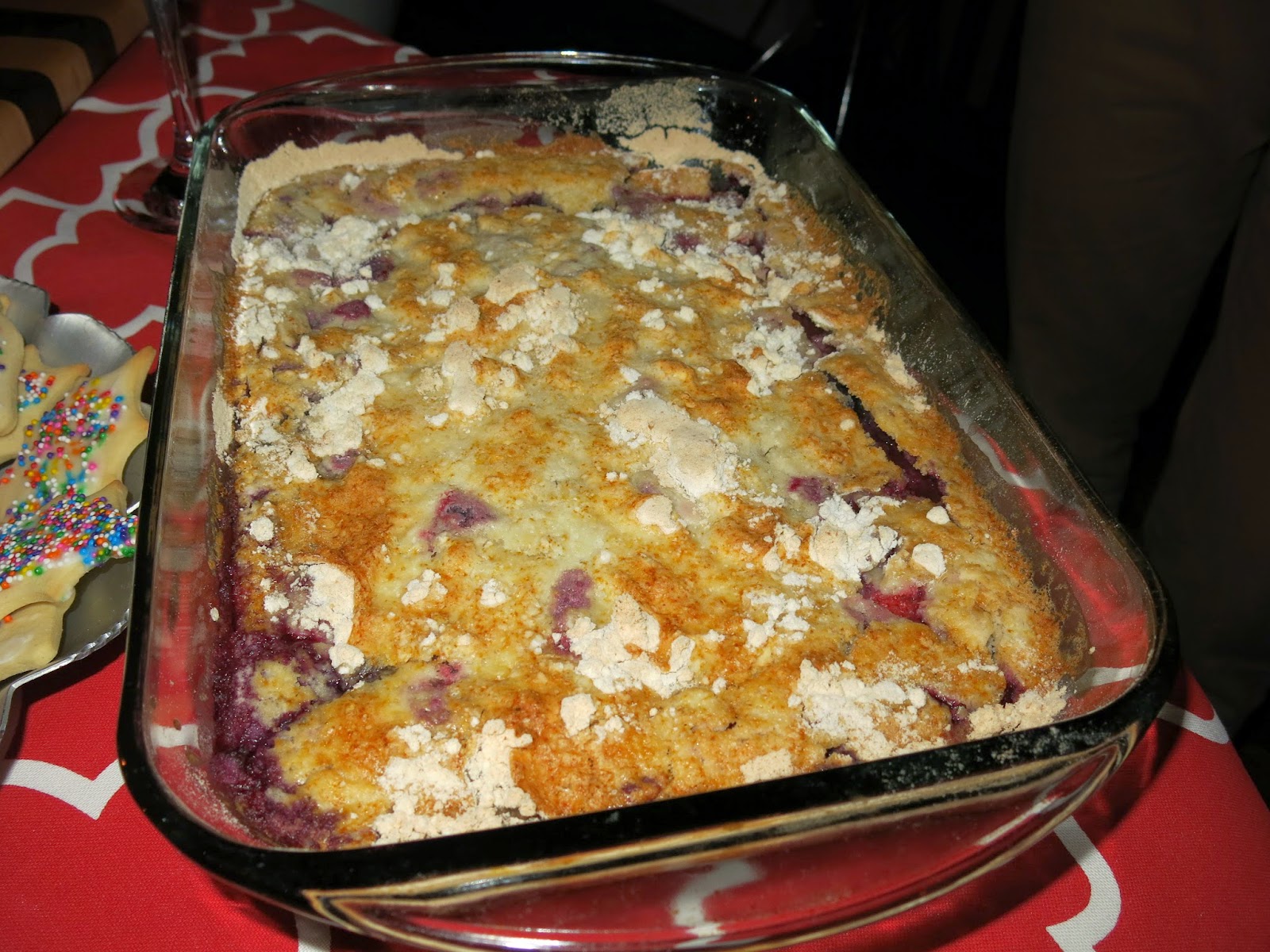 7-Up Cake
My Greek friend brought this. It’s a layer of berries with white cake mix on top with 7-Up poured over it. It wasn’t as good as Dump Cake, but not bad, provided you don’t mind coughing up bits of dry cake mix. 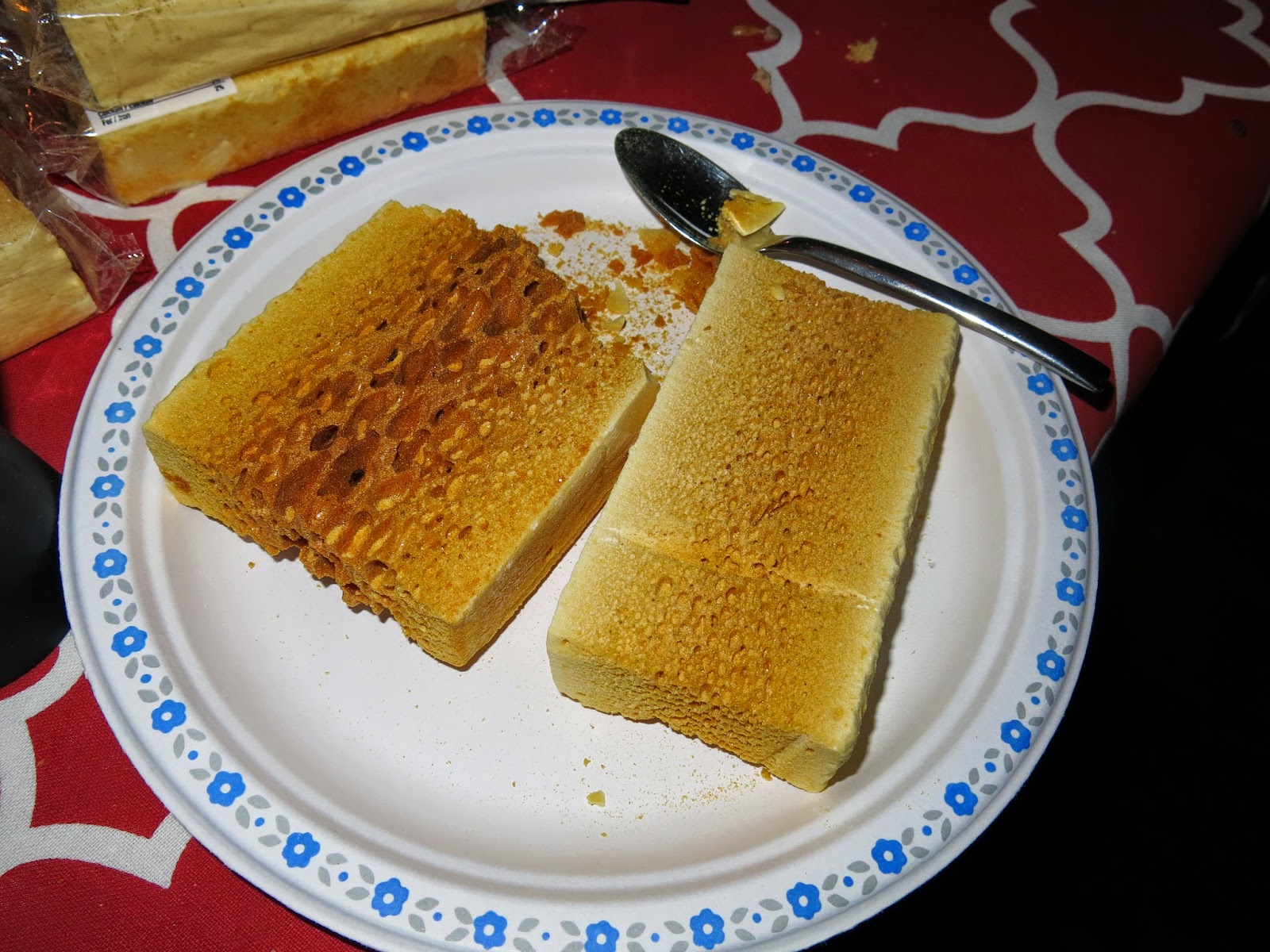 Sponge Toffee
One guest brought five packages of sponge toffee. Apparently, Eye-talians think you eat it with a spoon. It was fun watching people spend the evening trying to suck it off their teeth. 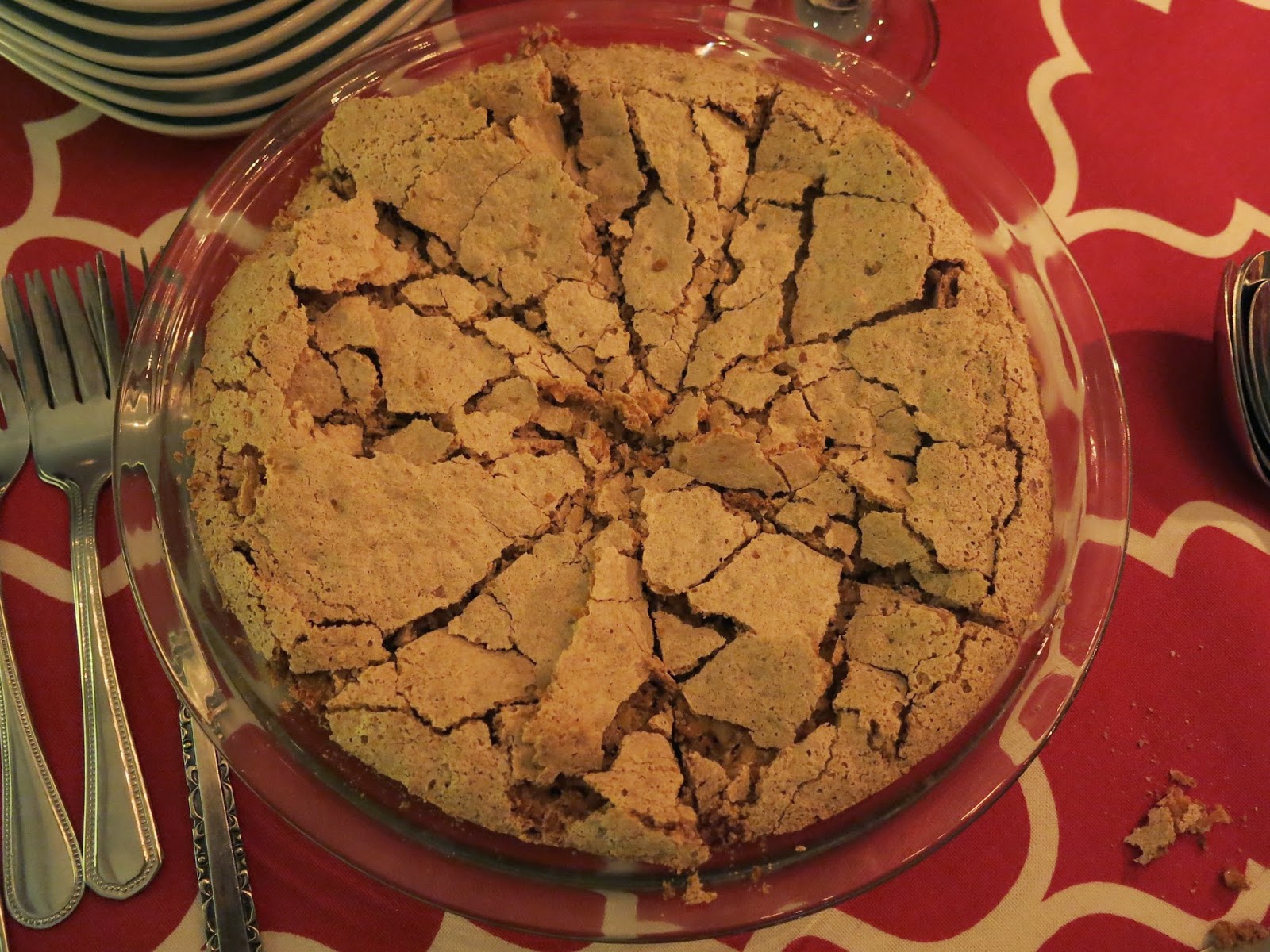 Walnut Pie
I made this. It has Ritz crackers, walnuts, egg whites and sugar. One guest said it was the best thing he ever ate. Another said it made him nauseous. Eye-talians are people of extremities. 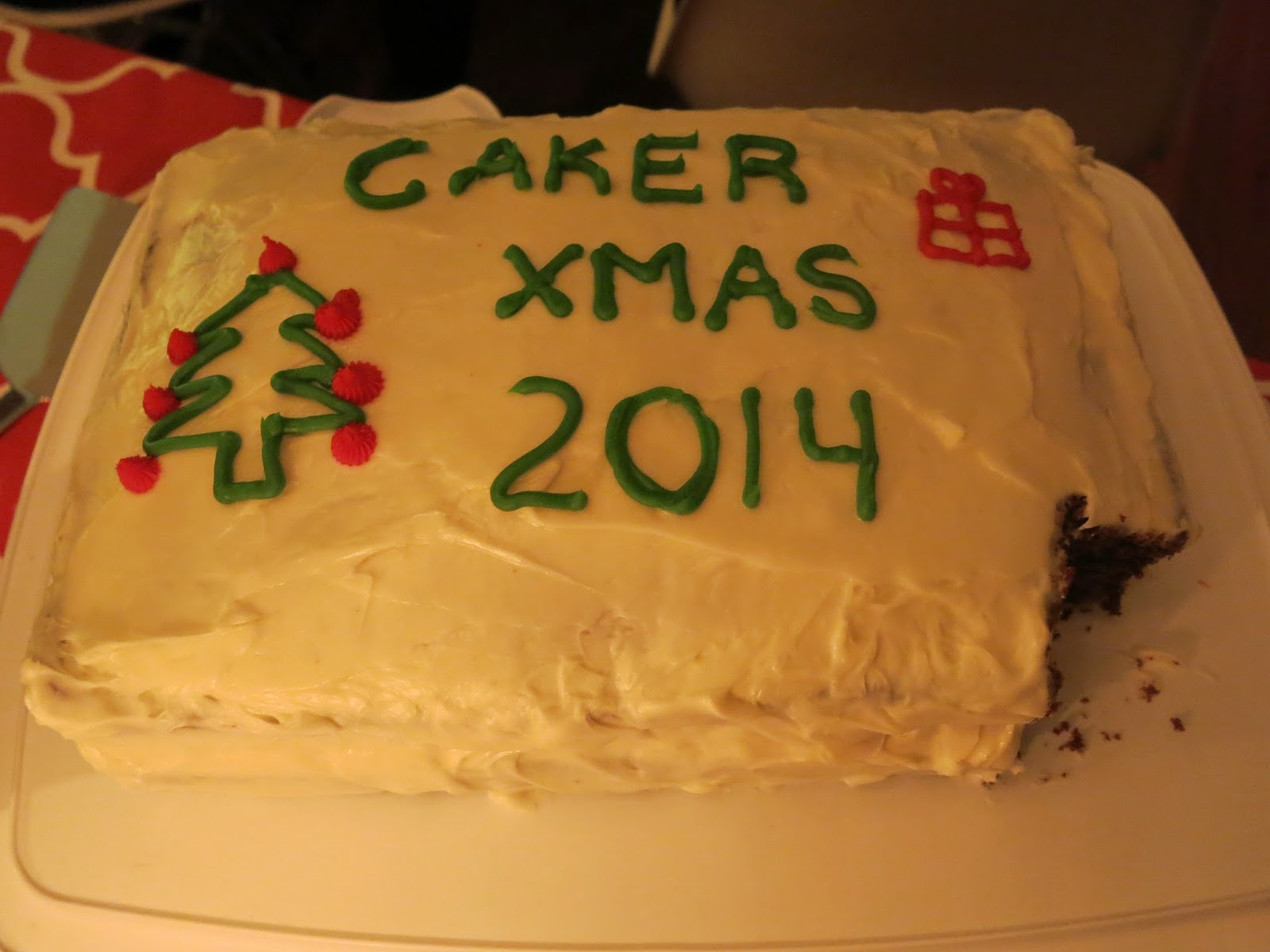 Cake Mountain
My sister-in-law brought this. It’s Duncan Hines and the size of a shed. And yes, I had a piece for breakfast this morning. Time to get out the ol’ track pants. Speaking of track pants… 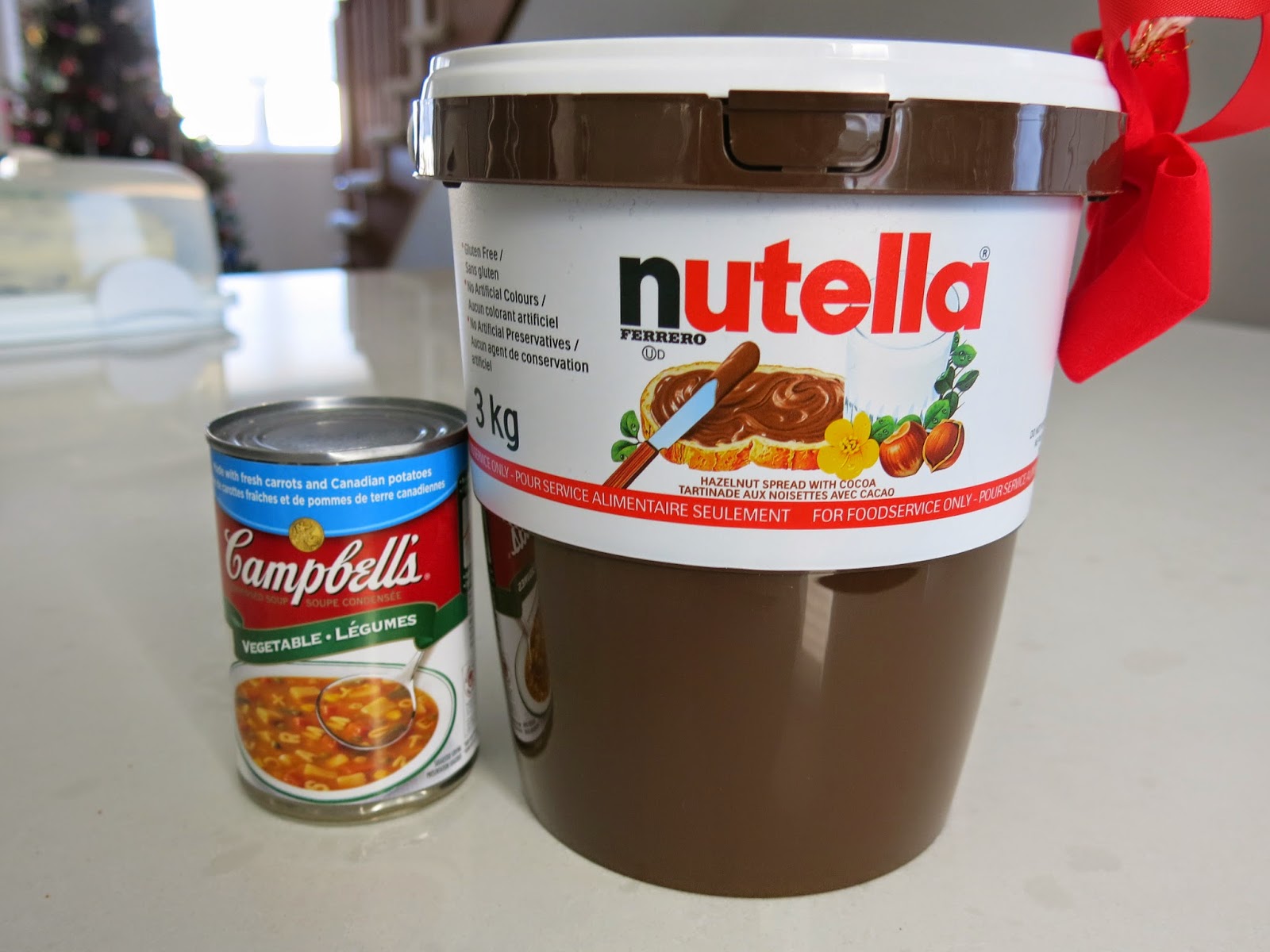 Nutella
My sister-in-law also brought this three-kilogram jar of Nutella. I put it next to a soup can so you can see how big this mother is. I did the math and there are 16, 140 calories in this container. Which is three fewer calories than I ate last night. 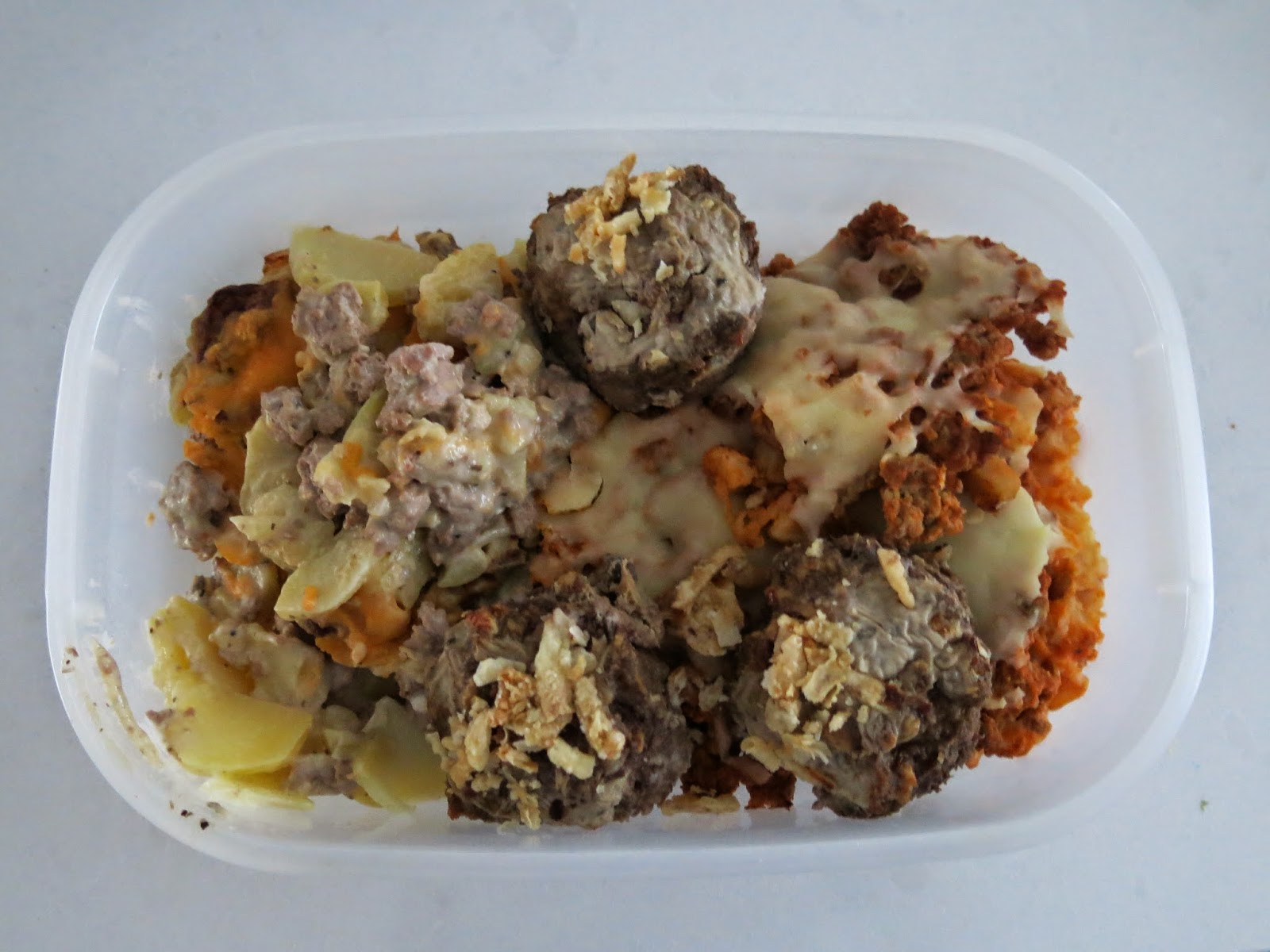 That’s a wrap! Just look at that tapestry of beige! I’m off to eat the leftovers. Then I'm going to eat, like, a lot of fibre. Come back next Monday for my best – and worst – caker dishes of 2014.

Brian Francis
I'm the man behind the caker. I'm also a fiction writer. My new book is called BREAK IN CASE OF EMERGENCY. Visit my author site for new recipes.