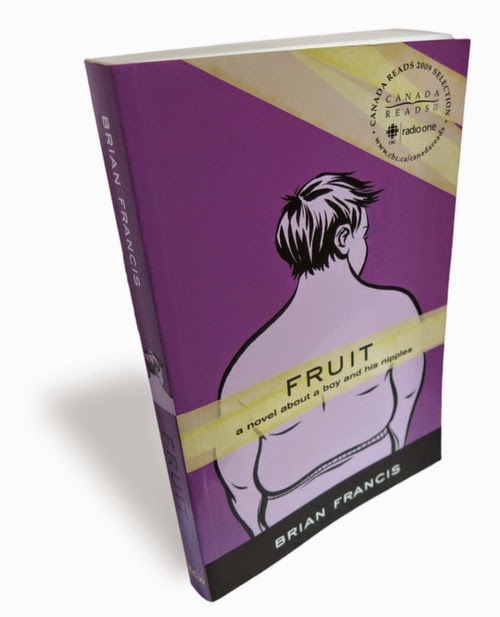 "Sweet, tart and forbidden in all the right places."
– Entertainment Weekly


Fruit was my debut novel, first published in Canada by ECW Press in 2004 and in the U.S. as the retitled The Secret Fruit of Peter Paddington in 2005. The book made it all the way to the final round of the 2009 CBC Canada Reads.

Fruit tells the story of 13-year-old Peter Paddington as he tries to fix everything wrong about himself before his Grade 8 year ends. Specifically, to lose weight, get a boy friend and silence his talking nipples.

In the years since its publication, I've grown increasingly proud of this book. I'm constantly surprised and touched
by how many people have told me how they've related to Peter. Maybe we're all awkward 13-year-olds at heart. Or at your favourite independent bookstore.