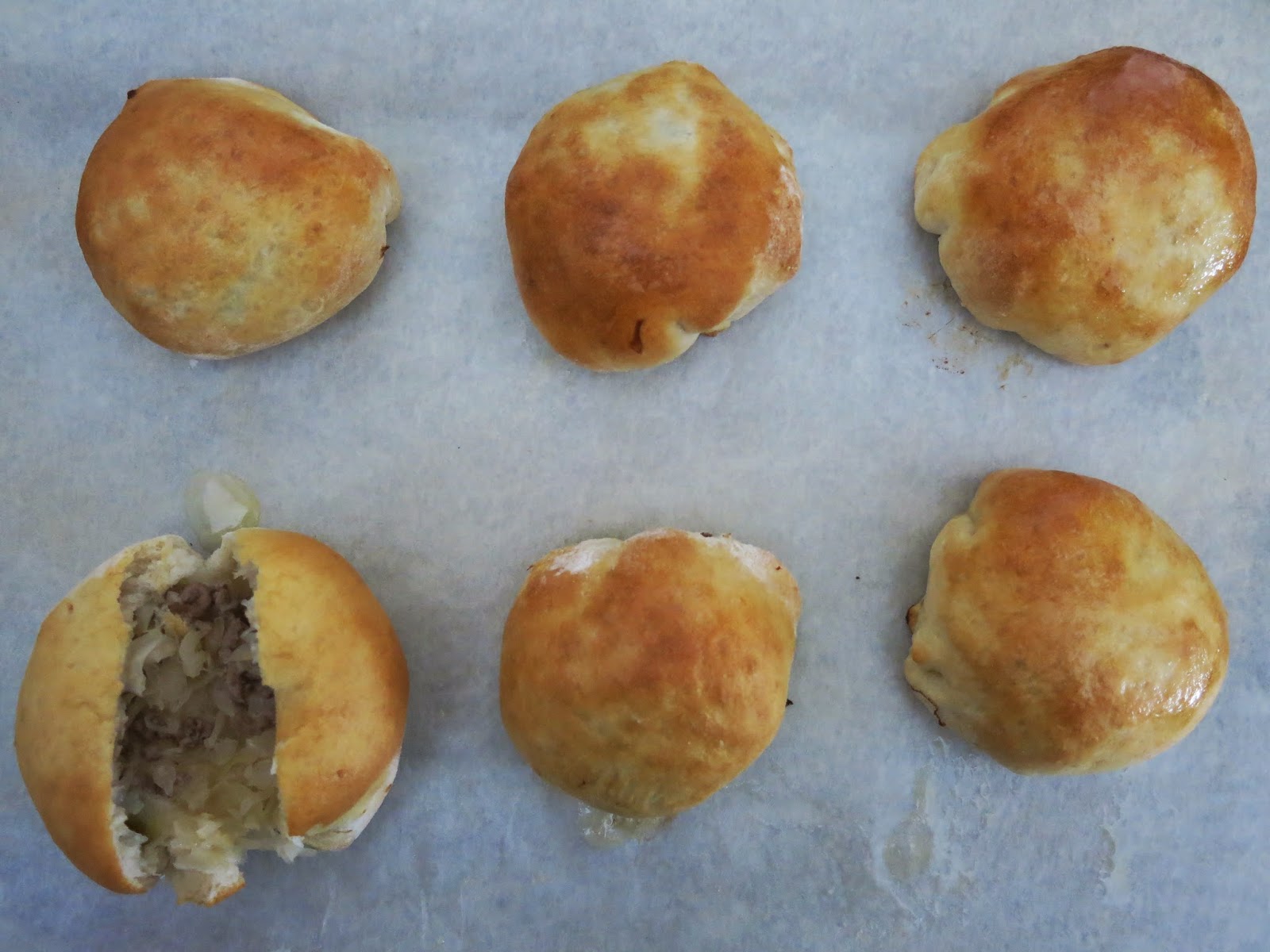 I grew up in a border city which pretty much scarred me for life. The main reason being was that I was forced to watch commercials for all the amazing things I couldn’t get in Canada. No doubt the neighbours heard the wailing whenever a White Castle commercial came on.

Today’s recipe comes from Patrick, who grew up in Minnesota, home of the hotdish and hot beef commercials. This is his mom’s recipe for bierocks. I’d never heard of bierocks and got pretty excited, thinking that beer and rocks might be involved. Turns out bierocks are like meat turnovers.

Patrick, if I’m ever stateside, I’m heading straight to Winn-Dixie (after a pitstop at White Castle), filling up the trunk of my Chevette with tubes of Grands biscuits, heading back to Canada and making bierocks the way they were goddamn meant to be made.

Having said that, the pizza dough was easy to work with. And the bierocks were tasty as heck. And ball-shaped. Kinda like a Pizza Pocket. Only with sauerkraut. And, uh, not the pizza part.

Thanks, Patrick! Don’t forget to come back Friday for another reader recipe.

Fry the meat with the onions and peppers. When cooked, drain grease and then mix in saurkraut. Set aside.

Pop open the biscuit dough and, using some flour and a rolling pin, flatten out the biscuit, flipping and flouring so that it doesn't stick to the rolling pin. Spoon some filling into the centre of the dough. Fold the dough over, making a ball (pouch). Place fold side down onto cookie sheet. Repeat until all dough or filling is used up, whichever comes first.

Bake for however long the biscuit dough tube tells you. When done, spread some butter on ‘em and enjoy!

Source: Caker Patrick via his mom

Brian Francis
I'm the man behind the caker. I'm also a fiction writer. My new book is called BREAK IN CASE OF EMERGENCY. Visit my author site for new recipes.