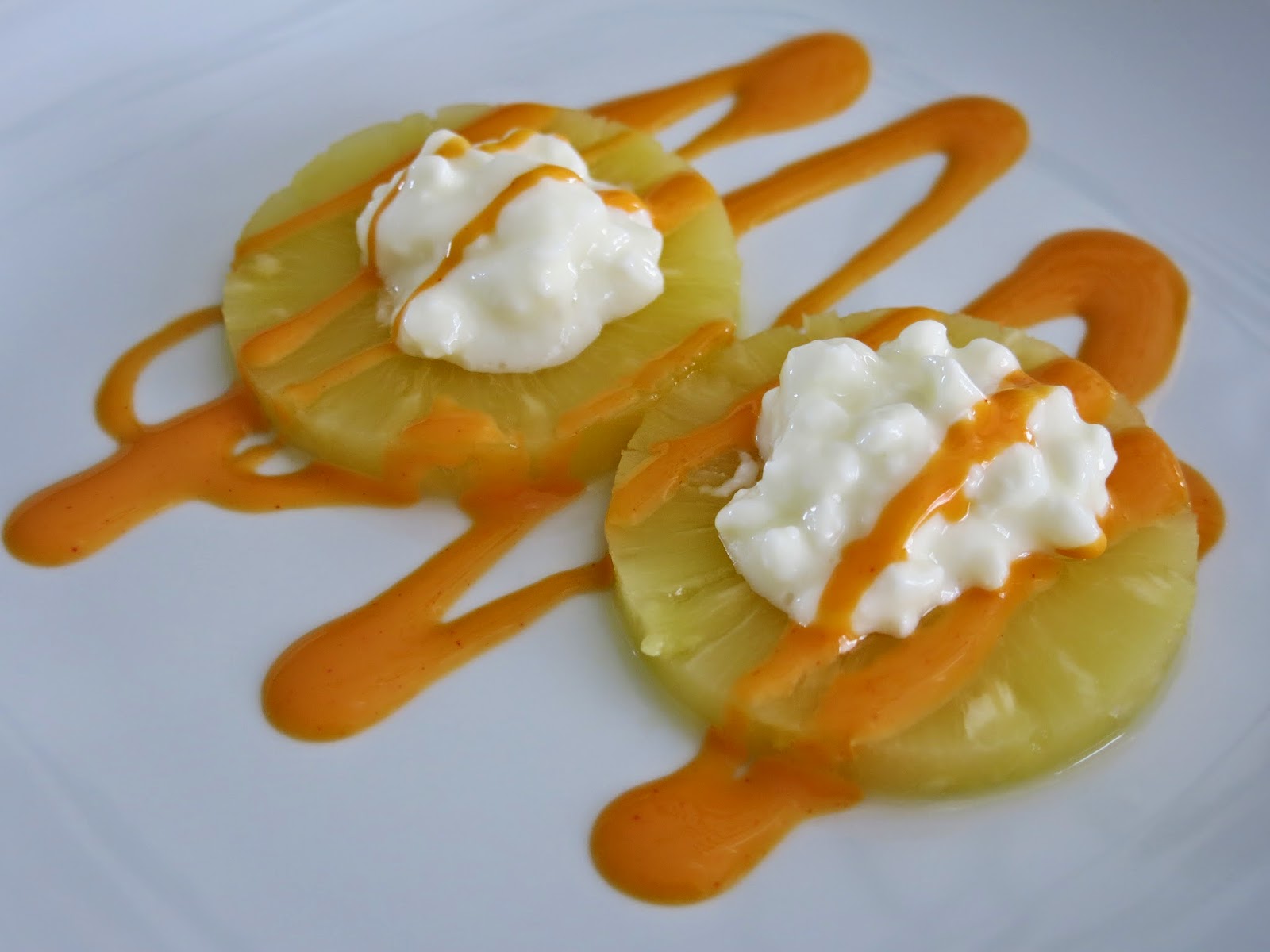 We finally made it! The last recipe of Reader Recipe Month!

While I sort out the logistics, here’s something (and I really mean some thing) that reader Martine sent to me. Martine is Jewish and asked if that made her a "cacher" instead of a caker. I don’t know about that, Martine, but any culture that invented bottled fish can bring their paper plate to my dinner table any time.

Apparently, Martine’s dad invented the recipe for French Cottage Salad. Folks, I don’t know what the what this is. I mean, why would you ever want to bring these three ingredients together? It’s like an unholy trinity of taste. I couldn’t finish it, and for anyone familiar with this blog, you know that’s saying a lot. (Of course, the fact that my cottage cheese was past the due date and looked more like blue cheese might’ve played a factor.)

Thanks, Martine! Everybody come back Monday for our (really) last recipe. Guess I better get the can opener out again.

Place pineapple on a plate, top with cottage cheese and then top with dressing.

Note: I can relate. I can't tell you all the times I've announced, "I am NOT eating pineapple OR cottage cheese without salad dresssing on top!"

Update: Sadly, Martine's dad passed away from cancer a few years back. She's running in the LA Cancer Challenge in his memory. If you'd like to help her out with her fundraising, click here.