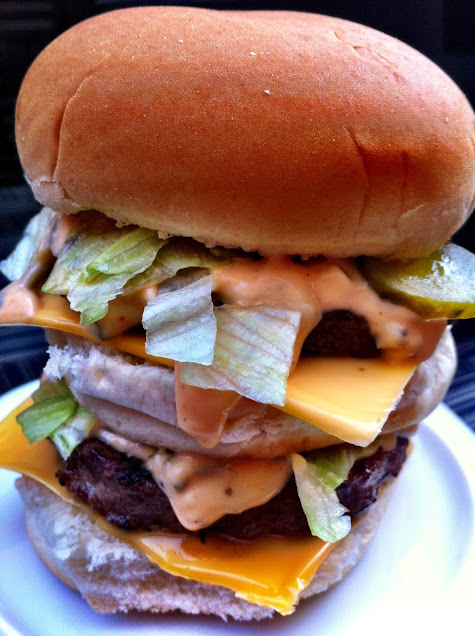 While you Americans have to wait a few days for your holiday, we here in Canada have a looong weekend coming up. When I think of Canada Day, I think of hunting beavers, using maple syrup as sunscreen and getting my groove on to Rita MacNeil. I also think of BBQs. And if you're planning to inhale some burgers this weekend, how 'bout some Big Mac sauce to go with them?

I'm not Mckidding – this homemade version tastes exactly like the real thing. But make sure to let it sit for a few hours in the fridge. To make your own Big Mac, take 1 1/2 buns, two patties, some chopped iceberg lettuce, minced white onions, a few cheese slices, some pickles and a good dollop of this sauce and you'll be saying, "I'm lovin' it!"

Combine everything in a bowl. Refrigerate in covered container for several hours or overnight. Stir a few times as it chills. Makes about 3/4 cup.

Source: I can't remember where I got this from. But I guarantee you it didn't come from Ronald.

UPDATE: The week after I posted this, McDonald's came out with a video which gave the recipe for Big Mac sauce. A McCoincidence? I think not. Obviously, they saw my post, freaked out and then created an alternate (and fake!) recipe to deflect attention from Caker Cooking. Folks, we won't be held down! This is the REAL recipe! Fight the McMan!
Posted by Brian Francis at 04:03 5 comments 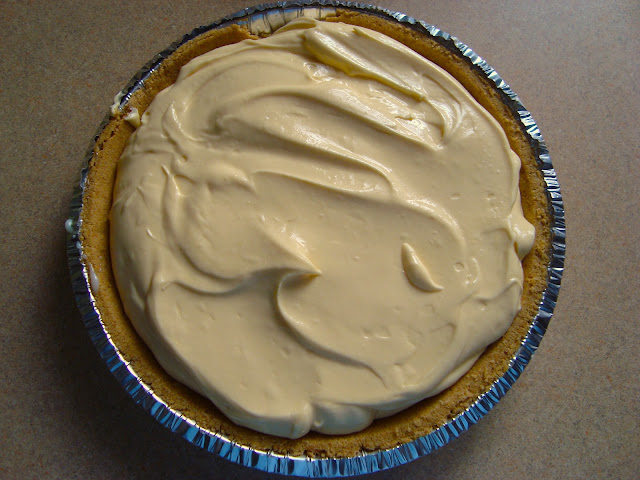 In short, we lack adjectives.

When fellow caker Bob sent me a recipe for Tang Pie, I thought, “Meh. Probably tastes like baby aspirin.” But I gave it a whirl. Let me go on record by saying that this is one of the most delicious recipes ever featured on Caker Cooking. It’s creamy, orange, smooth and light. Who’s lacking adjectives now?

But do yourself a favour and call it Orange Creamsicle Pie. It’ll go over much better with company – and it really does taste like a creamsicle, especially when served frozen. Your non-caker guests will be none the wiser and you’ll come across looking like one of those Grey Poupon types. When in the company of cakers, however, simply scream, “I DONE MADE TANG PAH!” and you'll be met with a round of squeals.

Thanks, Bob! Between this and your Tater Tot Casserole, I'm proud of how far you've come in embracing your caker self.  I hereby christen you Bob, Duke of Cakers. Wear that title with honour, but remember it also carries a huge responsibility. Serve your fellow cakers well, preferably with a big slice of this pie.

UPDATE: My sister made this and while she said it was delicious, she was a little confused about the measurements. I think Cool Whip only comes in one size here in Canada, so just use that. If you find that the pie gets too full of the orange filling (and what a good problem to have!), just slice it and serve with a dollop of Cool Whip on the side. 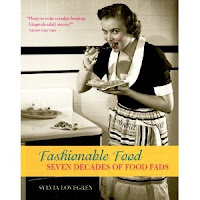 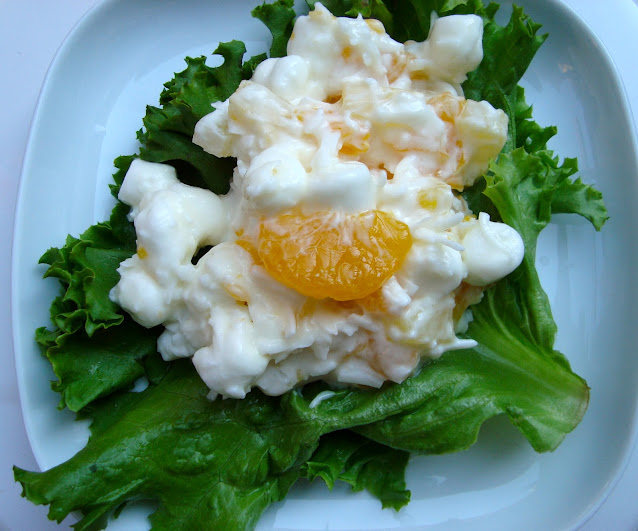 Sunday mornings, I visit a senior woman who lives across the street from me. Isabel isn’t your typical senior. She’s got a flat screen TV, a computer and she even has an e-reader. Here’s hoping I’m that up-to-date at her age, but, knowing me, I’ll be wearing acid wash overalls and trying to work an iPod.

A few Sundays ago, I noticed a package of coconut, a can of pineapple and a tin of mandarin oranges on Isabel’s side table. Naturally, my caker senses starting tingling. I asked her what everything was for.

“5 Cup Dessert,” she replied. Needless to say, I got her to write down the recipe.

Now, there’s some debate over whether this is a dessert or a side dish. Isabel says it’s a dessert. I remember it as a side dish. (Of course, I also grew up in a house where Cool Whip was considered dairy.) And, when I found the same recipe in another cookbook, it recommended serving it on a lettuce leaf. So we may never know the answer.

What I do know is that 5 Cup Salad/Dessert has been enjoyed by generations of cakers. The marshmallows get soft and squishy, the pineapple stays crunchy and you’ll have hours of fun picking the coconut out of your teeth.

Thanks, Isabel! And happy belated birthday.

Make the day before and refrigerate. Isabel also adds in quartered maraschino cherries.


Along the right hand column of this blog, you’ll see a list of Caker Cooking’s most popular posts. (Yes, the rock star status of Imperial Cheese Cookies is a complete mystery to me, as well.) But second in popularity are Quick and Easy Skor Bars, a delectable ditty I featured last June, using saltines, chocolate and a whole lotta butta.

Last month, I featured a tuna casserole recipe from a family friend. When Carmelle sent me that recipe, she also included a recipe for Skor Squares made with 65 Ritz crackers.

That got me thinking.

Then a Caker Cooking reader named Kittyn recently commented that she'd had Quick and Easy Skor Bars, only they were called "Christmas Crack" and were made with pretzels instead of saltines.

That got me thinking again.

Then I had to stop thinking because it hurt real bad.

After much soul-searching, I decided to do what any caker worth his sodium would do – make all three versions. Now, me + three batches of Skor Bars = guilt, tears and a marathon of The Facts of Life, so I brought everything to work and asked my colleagues to vote.

In the end, the chewy toffee decadence of Carmelle’s Skor Squares took the crown with saltines coming in at a close second. In a distant third, sadly, was Christmas Crack. (Although the people who voted for it were very passionate. They also seemed a little fidgety.) Sorry, Kittyn.

Not only is this Carmelle's second time on Caker Cooking, but this might be the shortest recipe I’ve ever featured – and in the world of caker cuisine, that’s quite the accomplishment. Congrats, Carmelle! Your prize, a Caker Candy Tree, is in the mail.

Do you have a different Skor bar recipe? God help me, but send it along to caker cooking at gmail dot com and I'll do my best to feature it.

Note 2: Line your pan with some parchment paper as my squares stuck. 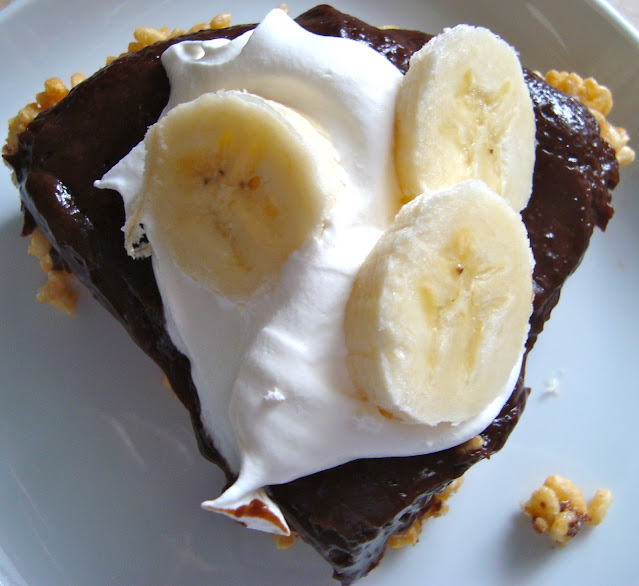 Can you believe I’m still on a sugar high from last week’s Coca Cola Salad? (I’m also down four teeth, but whatever.) So when fellow blogger, Mimi, emailed me a low-cal caker recipe, my Spanx and I jumped at the chance.

For those of you not familiar with Mimi’s blog, 1972: The Retro WW Experiment, it's all about Weight Watchers, less the Jennifer Hudson. (If I see another one of those “I am you, you are me” commercials, I’m going to throw a Twinkie at the TV.) Thankfully, our girl Mimi kicks it old school with 1970s Weight Watchers recipes. And if you think Caker Cooking has featured some food fuckery, check out Mimi’s Frankfurter Crown Roast, her Buttermilk Chicken Loaf and her – gulp – Fluffy Mackerel Pudding.

Who said being thin is glamourous?

While this Peanut Butter Cup Pie doesn’t have the sophisticated decadence of, say, Impossible Pie, it ain’t too shabby for a guilt-free, low-cal treat. I found the crust a little finicky and would've added some melted marshmallows for pliability, but I guess that would've defeated the low-cal purpose. And, in my defence, that's a dollop of low-fat Cool Whip in the photo.

If you've got a caker recipe you want to share, just email cakercooking at gmail dot com.

Source: In Mimi's own words, "This is a Weight Watchers recipe that was member-created. In other words, it is not 'officially' sanctioned by the powers that be at WW. I can only guess it was created sometime in the early 80's by a very hungry woman who was really craving some pie. It was typed up on ditto paper, copied and secretly passed around WW meeting rooms all over the land."