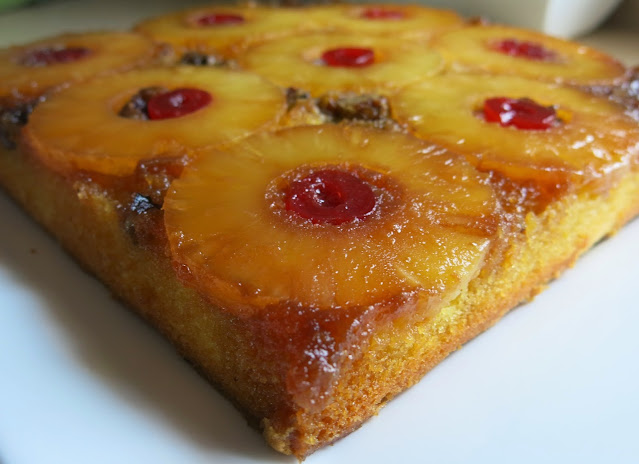 If you’re a caker, you know how important canned pineapple rings are to our clan. They’re just so versatile. Encase them in JELL-O to serve alongside the ham and mashed padaydas. Or make Christmas candles with them. Or use them to create phallic-looking food. You can even shellac them to wear as bracelets, provided you have freakishly small wrists. (Hand up! LOL!)

I was reluctant to make this Pineapple Upside Down Cake because whenever I have to turn something upside down to get it out of the pan, I panic. Trust me, you don’t want to hear the commotion whenever I release a JELL-O mould. It’s like I’m giving birth. “IS IT OUT YET?!? HOW DID I GET TALKED INTO THIS?!? OH GOD PLEASE TELL ME IT’S OUT!!!”

But I’m happy to report this cake slipped out real easy-like. And just look at this beauty! It’s more glamorous than Elizabeth Taylor in a White Diamonds perfume commercial. (Kinda makes you wonder why Liz never came out with a pineapple-scented perfume.) Looks aside, it’s also delicious. I’ve got the paunch to prove it.

Speaking of paunches, September is Reader Recipe Month! All month long, I make, eat and post your recipes. If you haven’t submitted a recipe yet, you’ve got until August 31. After that, you’ll miss out on all the fame and gory. I mean, glory. Email your recipes to cakercooking at gmail dot com.

Melt butter in cake pan and sprinkle with brown sugar. Arrange fruit over sugar; mix and add nuts or cherries. Prepare cake batter. Pour the batter over fruit and bake in a 350-degree oven for 30-40 minutes. Extra good served with ice cream or whipped cream on top. 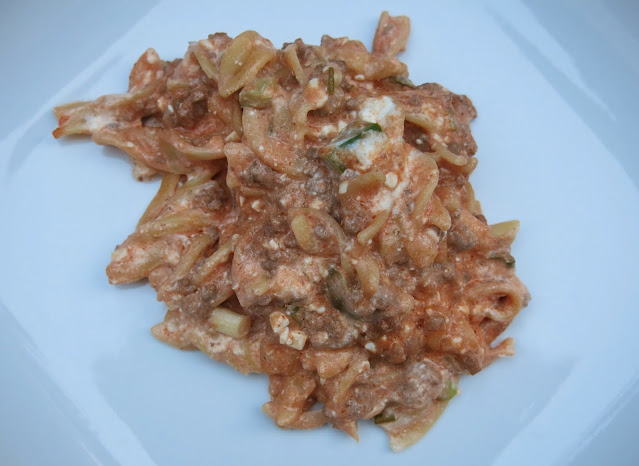 Life is full of temptations, especially for cakers. Every day, we’re lured by things we know aren’t good for us. Like sodium, saturated fat and roast chicken-flavoured potato chips. But as I always say, “The only way to get rid of a temptation is to yield to it.” I’m going to have to copyright that before someone steals it.

Last week, I pointed out how cakers can be a little lacklustre when it comes to naming our food. (See The Thing.) On the flip side, we can also be a little over-the-top. Anyone remember The Greatest Chocolate Dessert Ever? Or Sex in a Pan? (Which, between you, me and the fencepost, might not be that far of a stretch for some of us.)

Lady from Crumlin United Church, you call this casserole “Temptation,” and it comes out looking like this? Don’t get me wrong. Temptation was tempting. With all that sour cream, cream cheese and cottage cheese, you’re hitting all the right arteries. But really, is “Temptation” the first thing that comes to mind when you look at this?

No? Then how about Mucky Muck? Gobbledy Gook? Satan's Landscape?

Speaking of Satan's Landscape, September is Reader Month! All month long, I make and eat YOUR caker recipes! (I guess I'm one of those machoist types.) Send your recipe to cakercooking at gmail dot com by August 31 and I’ll do my best to feature it.

Brown meat and add tomato sauce. Boil noodles. Cream together cream cheese, cottage cheese, sour cream, onion and pepper. Layer in greased casserole:
½ noodles in bottom
All the cream cheese mixture
Other ½ of noodles
Top with meat mixture.
Bake at 350° for ½ to 1 hour. 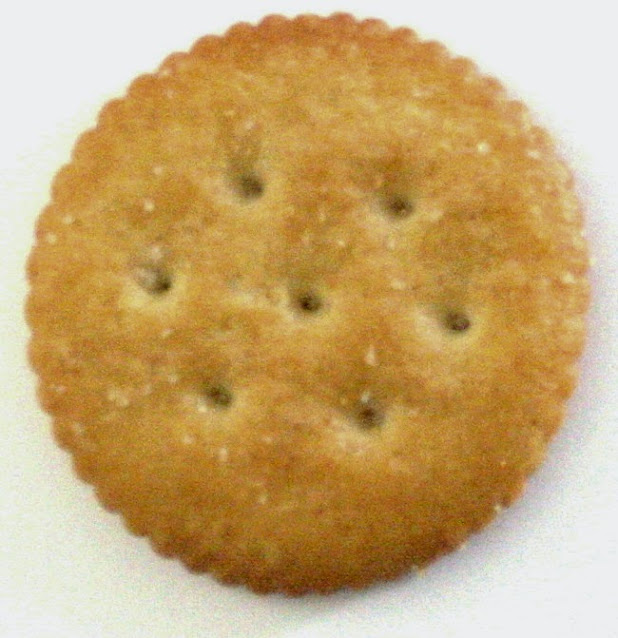 It's time for me to throw the caker apron back at you, dear readers. September is Caker Cooking Reader Recipe Month!

All month long, I'll feature caker recipes submitted by you. Fancy yourself a Martha Stewartson type? Does company rave about your Ritz cracker hors d'oeuvres? Think the world should know about your great-aunt's tuna and JELL-O salad? (God help me.)

Send 'er along to cakercooking at gmail dot com by August 31. If I like it (or not) I'll make it, eat it and post it. What could be more rewarding?
Posted by Brian Francis at 05:25 10 comments 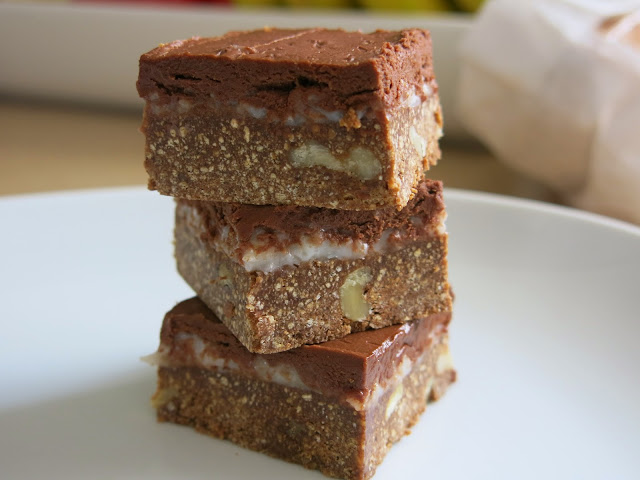 While cakers are good at many things (latch hooking being one of them), we aren’t good at one very important thing: naming our food. I mean, what’s up, peeps? Haven’t you ever heard of an adjective?

Some of you may remember my Unfortunately Named Caker Recipe Month whereupon we discovered such gems as Corn Ring, Bun Spread and Pink Thing. Had I discovered The Thing back then, I would’ve included it in the line-up.

I’m pretty sure the woman who submitted this recipe for the Owen Sound Y.M.C.A. cookbook back in 1976 made up the recipe. And no doubt she named it herself. But think of all the unnecessary confusion she’s caused since then.

“Helen, what was the thing you brought to the last luncheon?”
“That’s right.”
“Begya pardon?”
“You mean The Thing.”
“Yes, but what was it called?”
“I already told you, Gladys. The Thing.”
“Helen, I’m not finding this funny.”
“It’s The Thing, Gladys!”
“Helen, have you been sniffing perm solution again?”

Anyways, The Thing is good. It’s like the chocolate cousin of a Hello Dolly, less the maraschino cherries. And if you want to call it The Thing, go right ahead. Just don’t blame me when people start yelling at you.

HEY! September is Reader Recipe Month! Do you have a caker recipe you think should be featured on Caker Cooking? Email it by August 31 to cakercooking at gmail dot com. If I like it (or not) I’ll make it and feature it. Caker fame is just around the corner!

Press into greased 8” pan. Mix 1 cup dessicated coconut with ½ can Eagle Brand milk and spread over cake mixture. Ice with a chocolate butter icing and keep in refrigerator. Cut into squares. 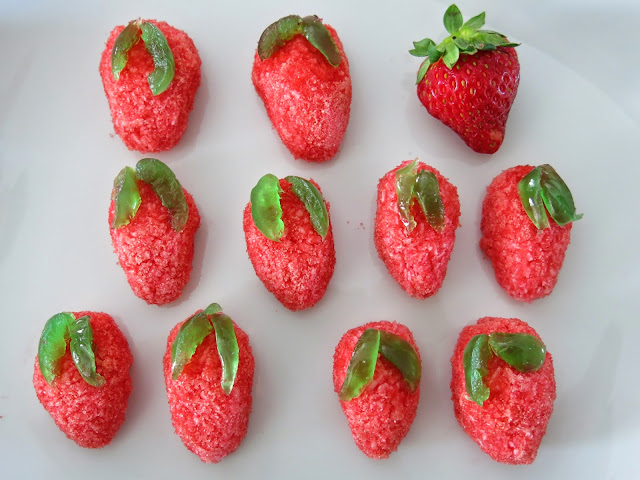 Sometimes, I think science has spoiled us because fake food always tastes better than the real thing. For example, Tang tastes more orangey than real oranges. And Cool Whip tastes better than real whipped cream. And how about those strawberry marshmallows? You know the ones, with the crispy, sugary outer shell surrounding that soft interior? Way tastier than real strawberries.

While these homemade strawberries aren’t as good as the marshmallow kind, they’re pretty darn delicious. Plus, unlike real strawberries, they have calcium, thanks to sweetened condensed milk. And talk about cute!

Now look, I know not all of you are as artistic as me (Mother credits my small, doll-like hands), but these aren’t that hard to make. The recipe calls for green butter icing for the leaves, but I found another recipe that used green maraschino cherries. And I’m all for helping out those little green guys. Red maraschino cherries have all the fun.

PSST! To show how realistic these strawberries are, I put a real one in the photo. Think you can spot it? There’s a banana marshmallow coming your way if you do.

Note: I eyeballed this one because I was afraid of how much ¾ pound of coconut would make. I mean, I like fake strawberries, but the ol’ thong is getting a little tight these days. LOL!!!