Best and Worst of All Time

Well, we’re finally here – the last Caker Cooking post. And I’m going out with a bang of gas. Originally, I planned to post my best and worst of 2014 list, but then I thought, “Why limit yourself, Brian?” So here is Caker Cooking’s best and worst of all time! Loosen up your belt buckle and get the Tums. You’re about to journey into the light – and into the shadows.

Best
I know most a few of you haven’t made any food from this blog, but unless you’re one of those 50 Shades types, why would you deny yourself pleasure? Just toss your sodium, saturated fat and high fructose corn syrup concerns out the door and make these recipes already. 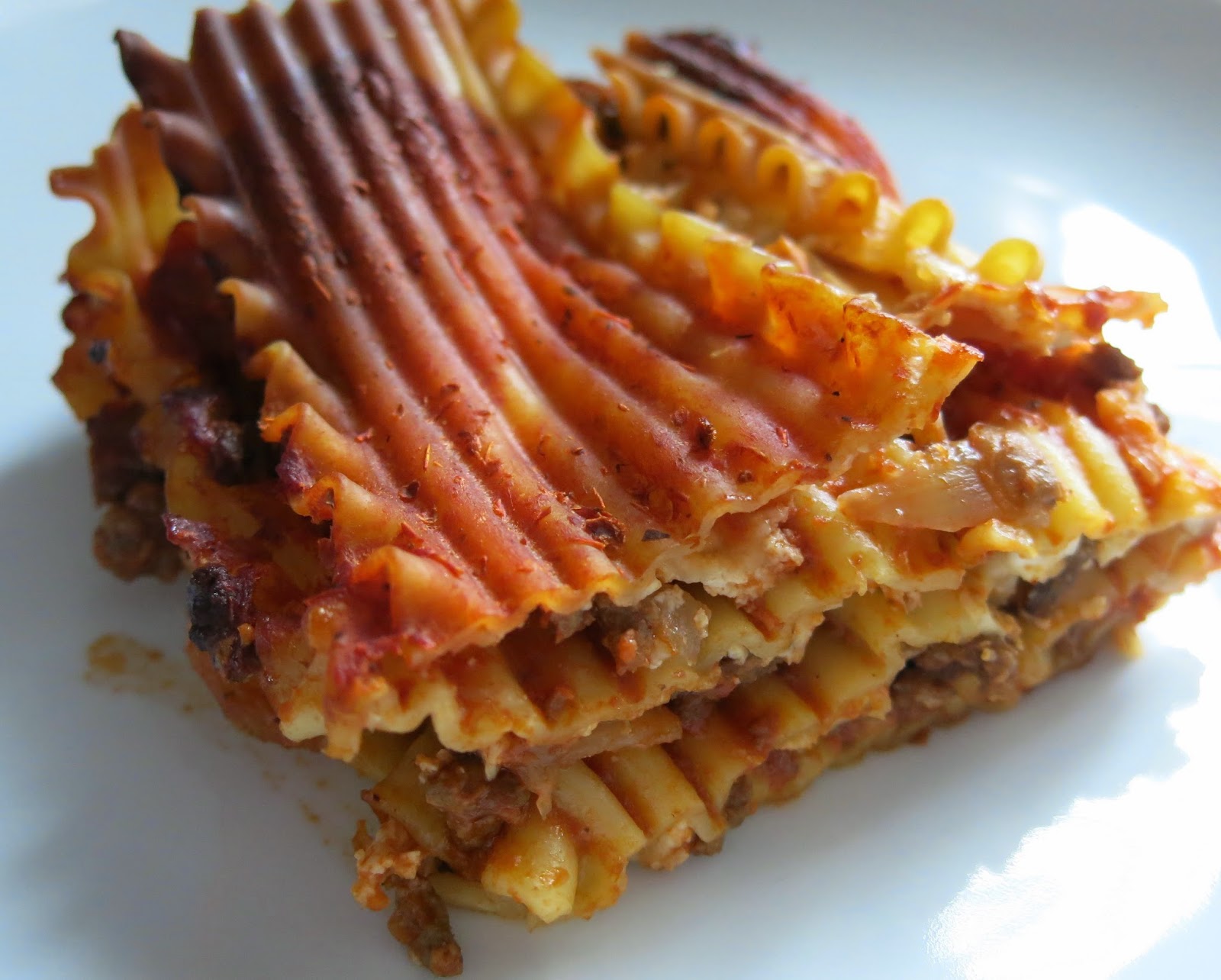 Lasagna
Whenever I make cakerized Italian food, you can't imagine the grief I have to endure from my Eye-talian better half. “There you go again,” he’ll say. “Bastardizing my culture.” So when I served him this lasagna, complete with cottage cheese and tomato soup, I put in my earplugs. Good job I didn’t have my blindfold on or else I would’ve missed seeing him go back for seconds. Just don’t tell his mother. 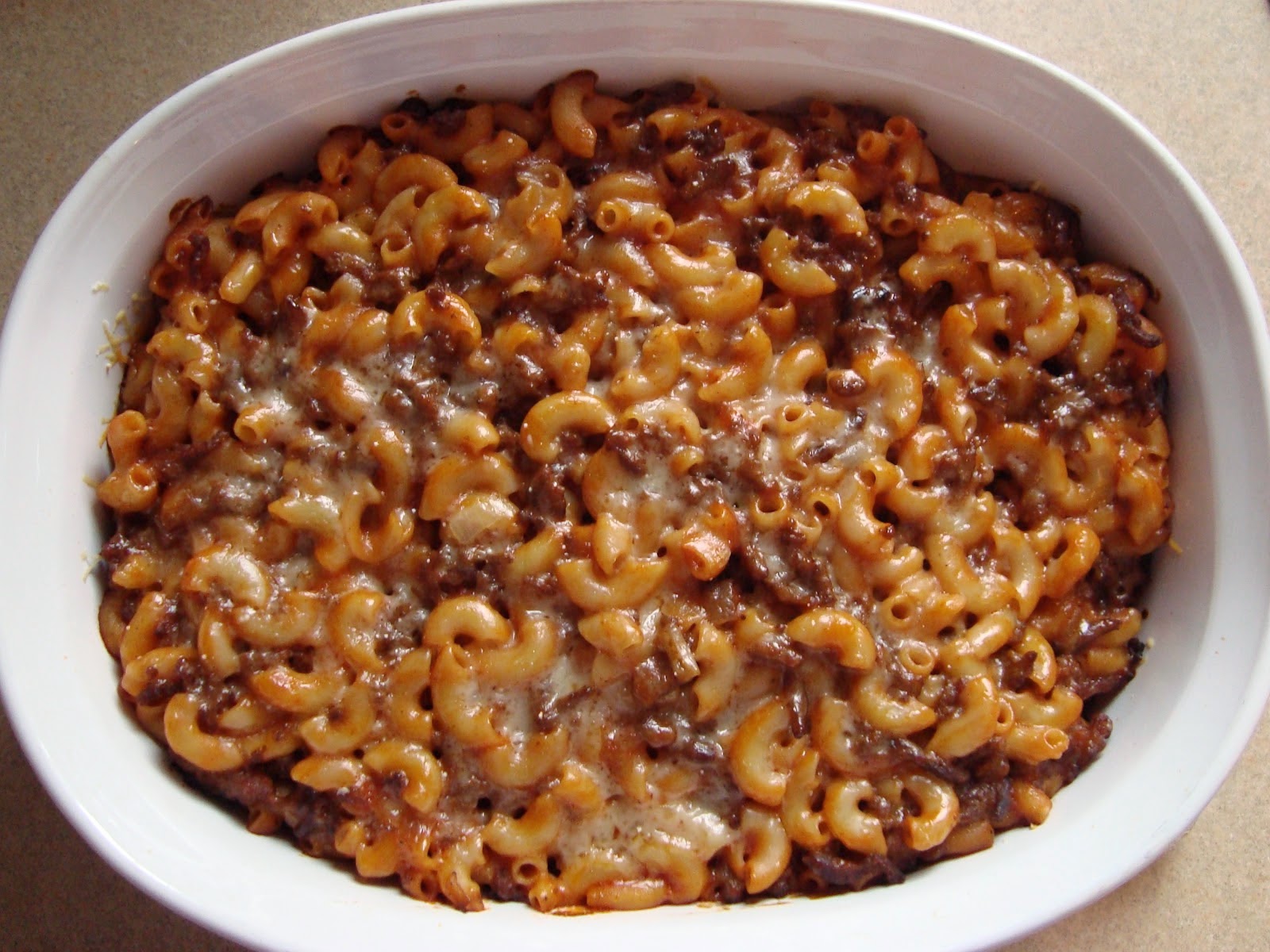 Macaroni Casserole
This is my mom’s (aka The Caker Queen) signature dish. I grew up on this casserole and look at how sad successful I turned out! You know how people on death row can request a last meal? This would be mine. It's just macaroni, ground beef and tomato soup but it's salvation. I'd complete my meal with a sprinkling Kraft para-me-shun cheese on top and a box of Pot O’ Gold chocolates. I wouldn’t even need the legend. I’d eat the whole box. Even the orange cream ones. 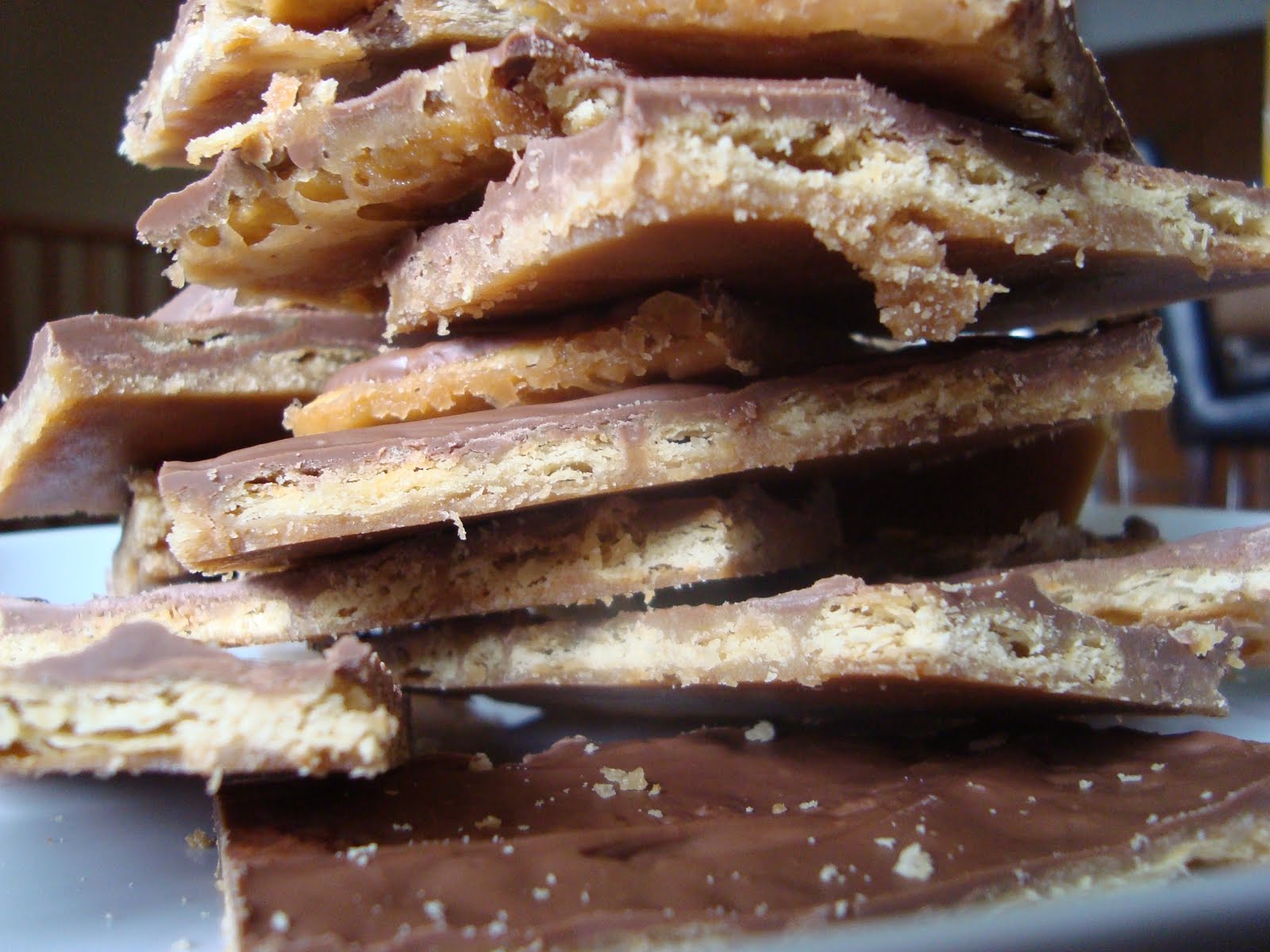 Skor Bars
Most people think Saltines were invented for Campbell's soup and hand-torn squares of Kraft Singles. But Mr. Christie was a caker and invented soda crackers for another reason: Skor Bars. You don’t think they’ll taste good, but they do. You’re amazed. So you eat more. Then you get depressed and wonder if your new Jordache jeans will fit. Which leads to you eating more. Which comforts you. Which leads you to eating more. In other words, the story of my life. 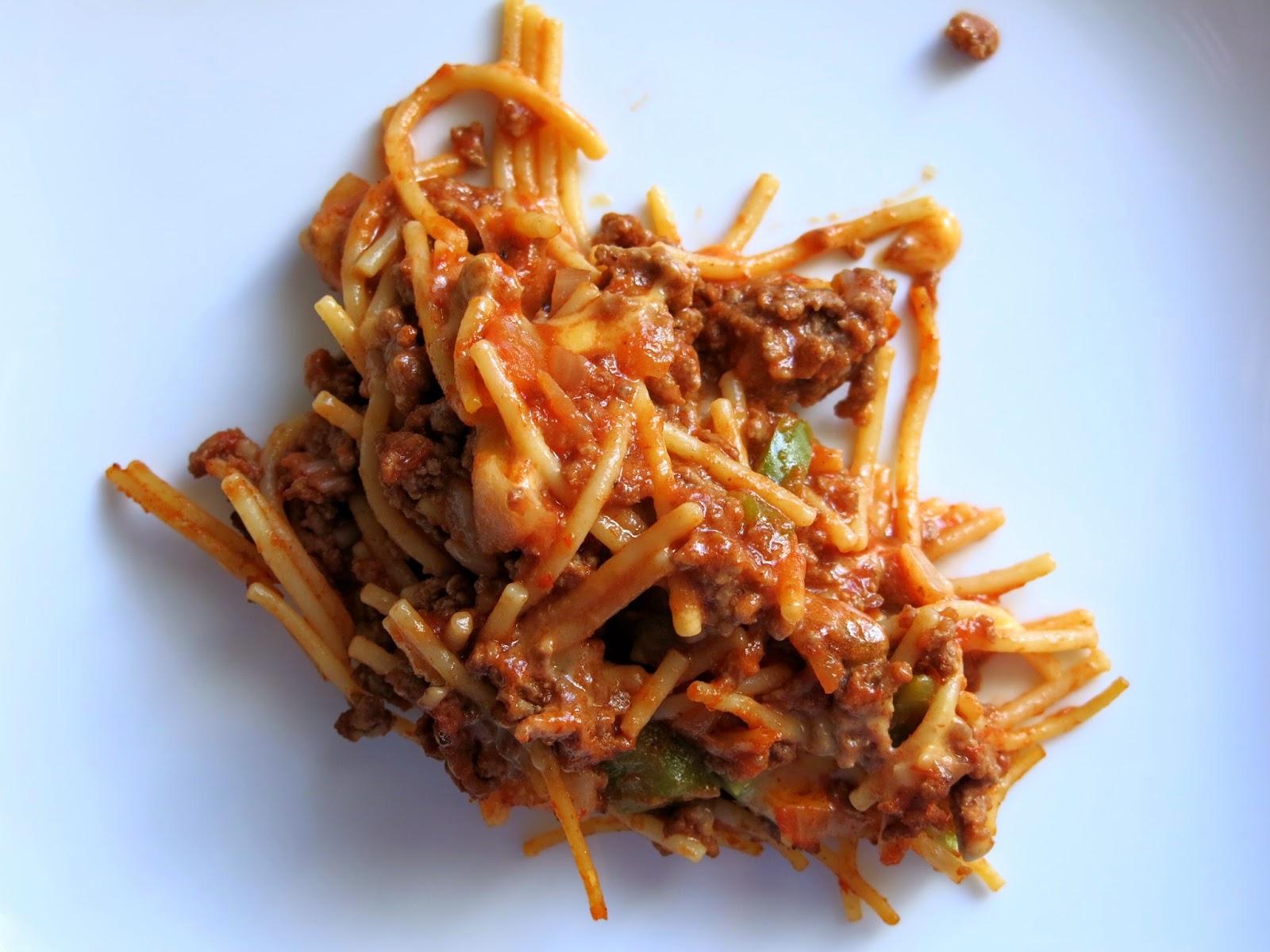 Chegetti
Sometimes, I brought the casseroles I made on this blog to my mom. Unlike my Eye-talian partner, she has some pretty low standards. Thankfully. When she tried Cheghetti, she said it was better than her Macaroni Casserole. Sound the clarinets and get Donahue on the phone! This is big news! This has spaghetti, ground beef and Velveeta. Warning: Velveeta is ridiculously expensive. Why is fake cheese more expensive than real cheese? It’s a mystery that will continue to haunt me for years to come. 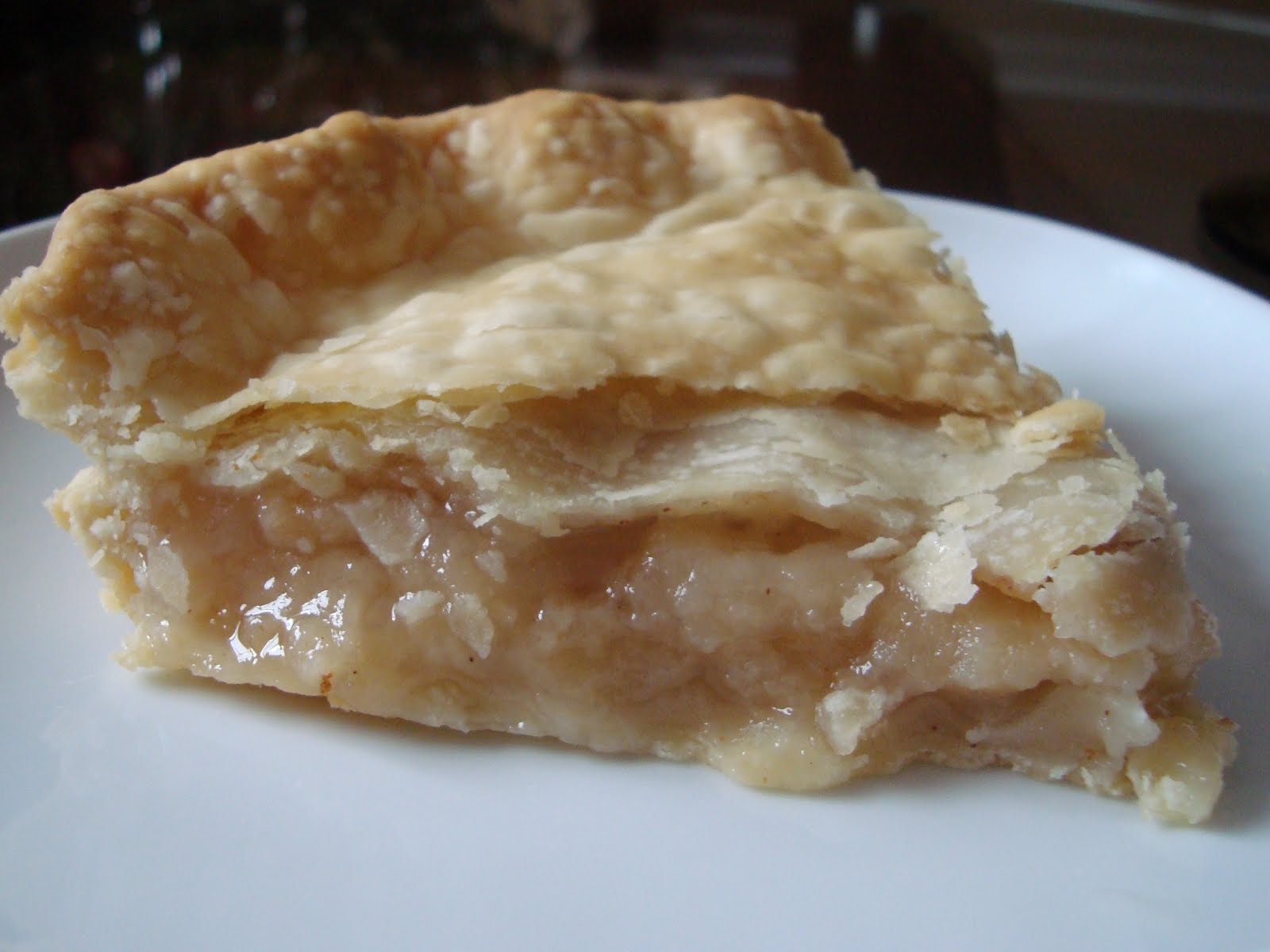 Mock Apple Pie
Look, I know many of you are skeptical. But this right here is a modern-day miracle. This pie has no apples and tastes exactly like an apple pie. You can thank Ritz crackers for that. Make this for your next staff potluck and you’ll be the talk of the party. Sure, you may get some funny looks. But cakers have been getting funny looks for years.

Worst
It’s about to get real ugly up in here, so you may want to put on those rose-coloured glasses. I excluded reader recipes from this list because there were so many it didn’t seem fair. 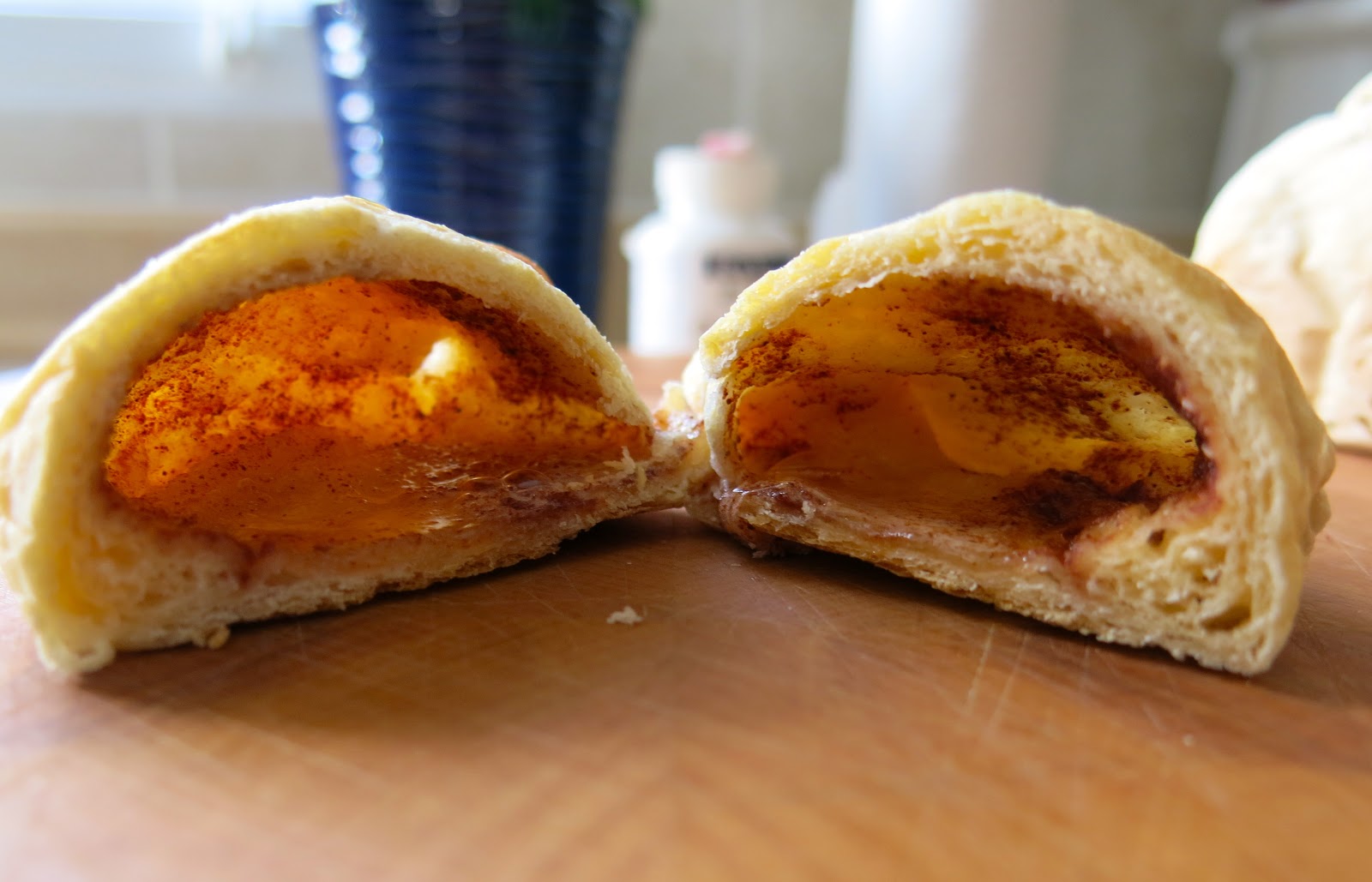 Resurrection Rolls
I don’t consider myself an overly religious person but if I was going to find a way to represent the resurrection of Christ, I don’t think I’d immediately reach for the Pillsbury crescent rolls and a bag of marshmallows. I mean, don’t you think Jesus would be a little put off by this? “At least you could’ve used a croissant,” he’d probably say. 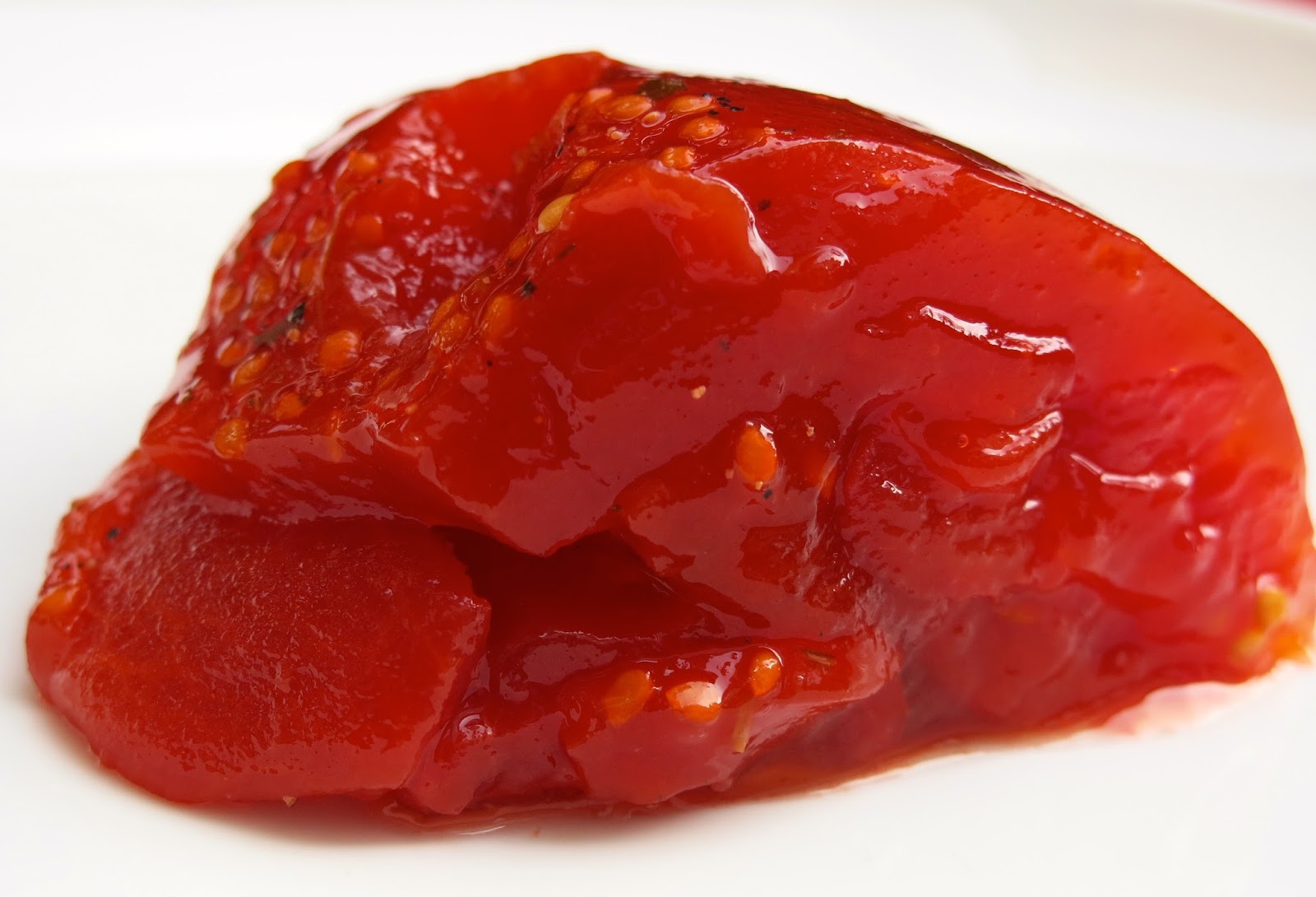 Tomato JELL-O
I don’t know what drugs cakers took in the seventies, but no one, and I repeat NO ONE, should ever mix vegetables with JELL-O. If the Good Lord had wanted JELL-O and vegetables to be brought together, He would’ve invented vegetello. But He didn’t. So stay away. Or else the locusts will come. I’m serious about this. 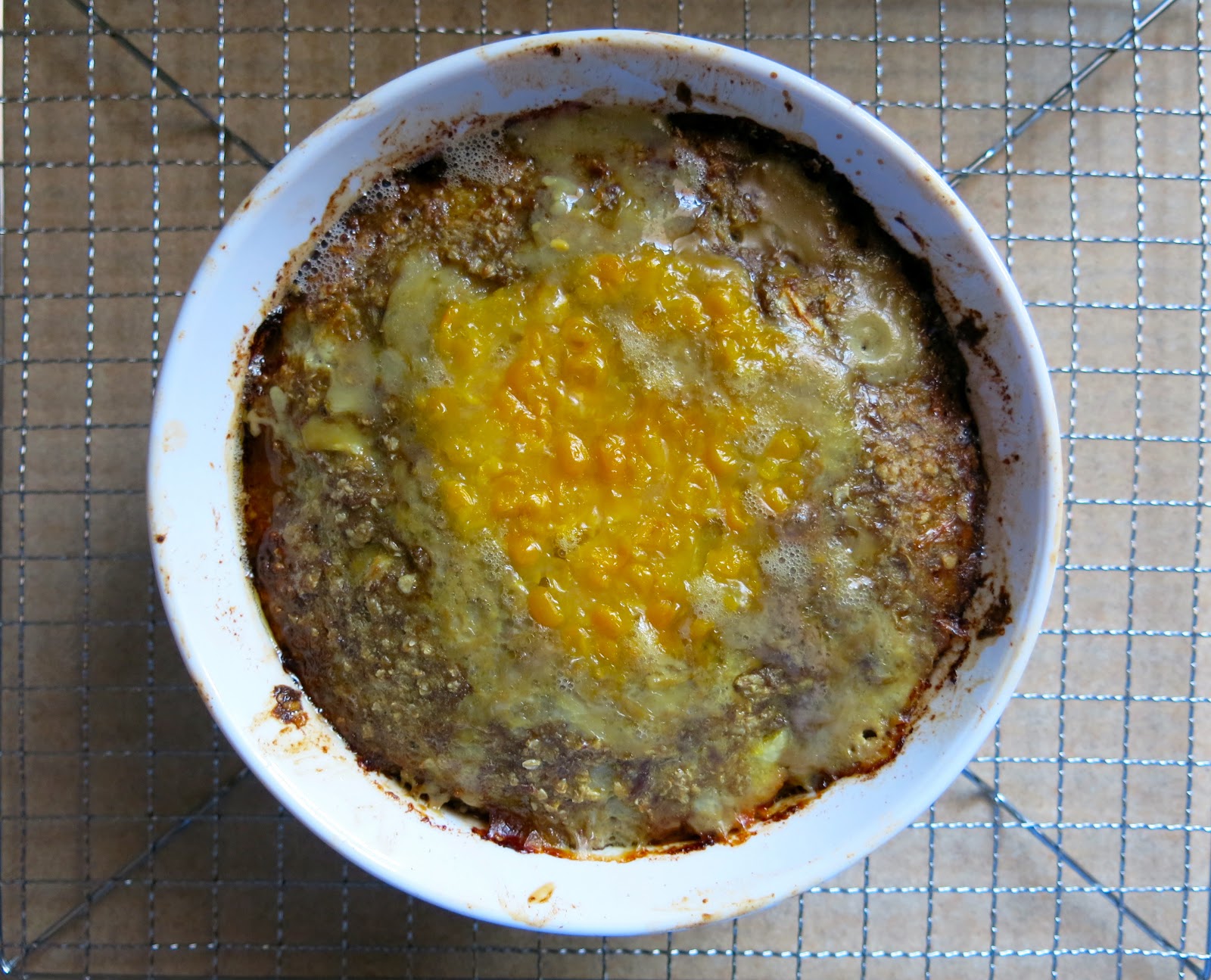 Corn Ring
It’s not that it tasted bad, but damn if this dish didn’t hit every branch of the ugly tree on its way down. In case you’re wondering, you’re looking at a meat loaf with a hole filled with creamed corn. And let’s not get started on the name! Imagine turning to your dinner guests and asking, “Now, who wants to taste my Corn Ring?” People will start wondering if they’re at one of those keys parties. 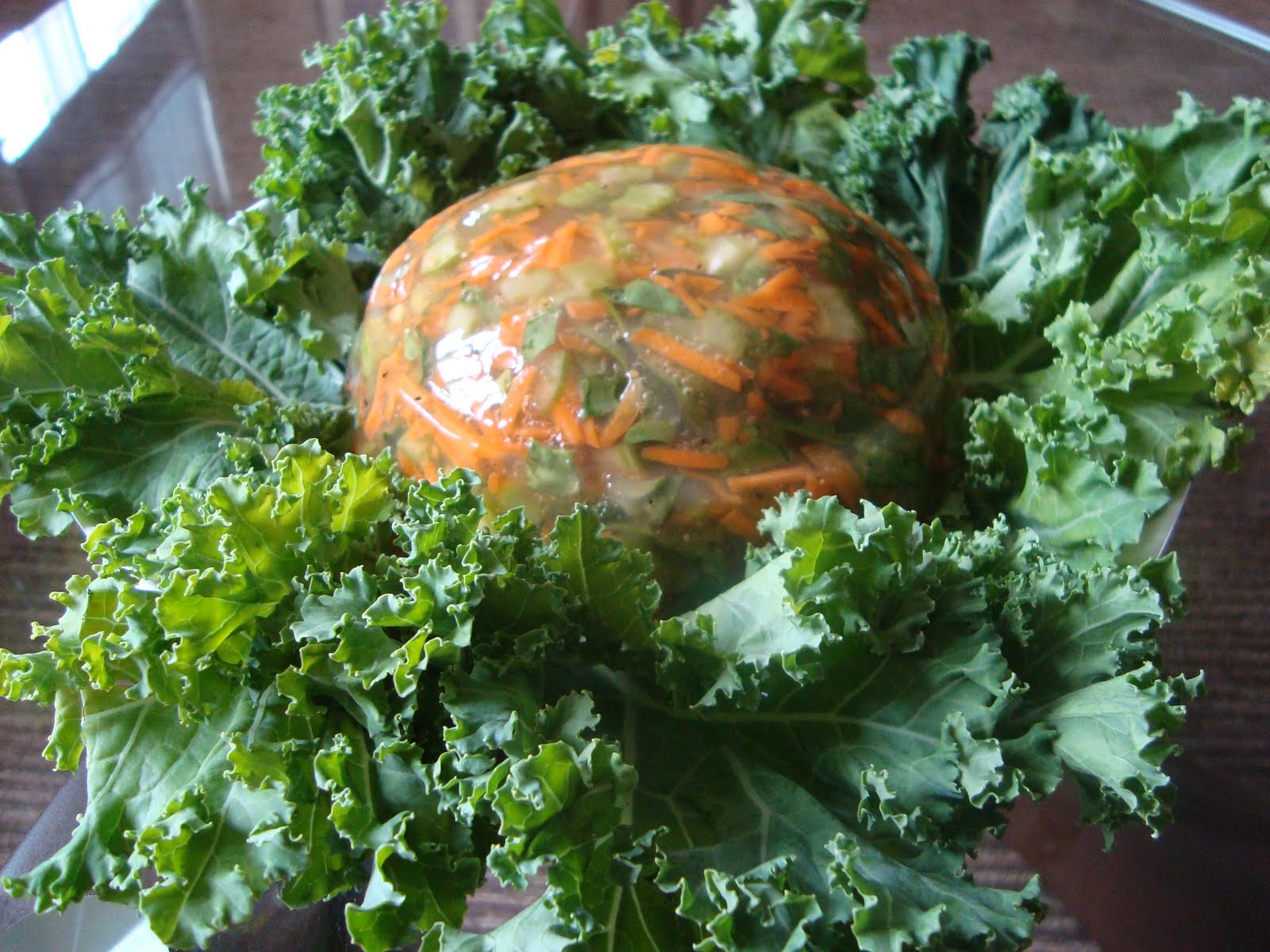 Green Salad Mold
Science is one of those blessing/curse things. Yes, it’s great that we have a vaccine for polio. No, it’s not good that we can solidify vegetables. Sometimes, gelatin is used for evil means. 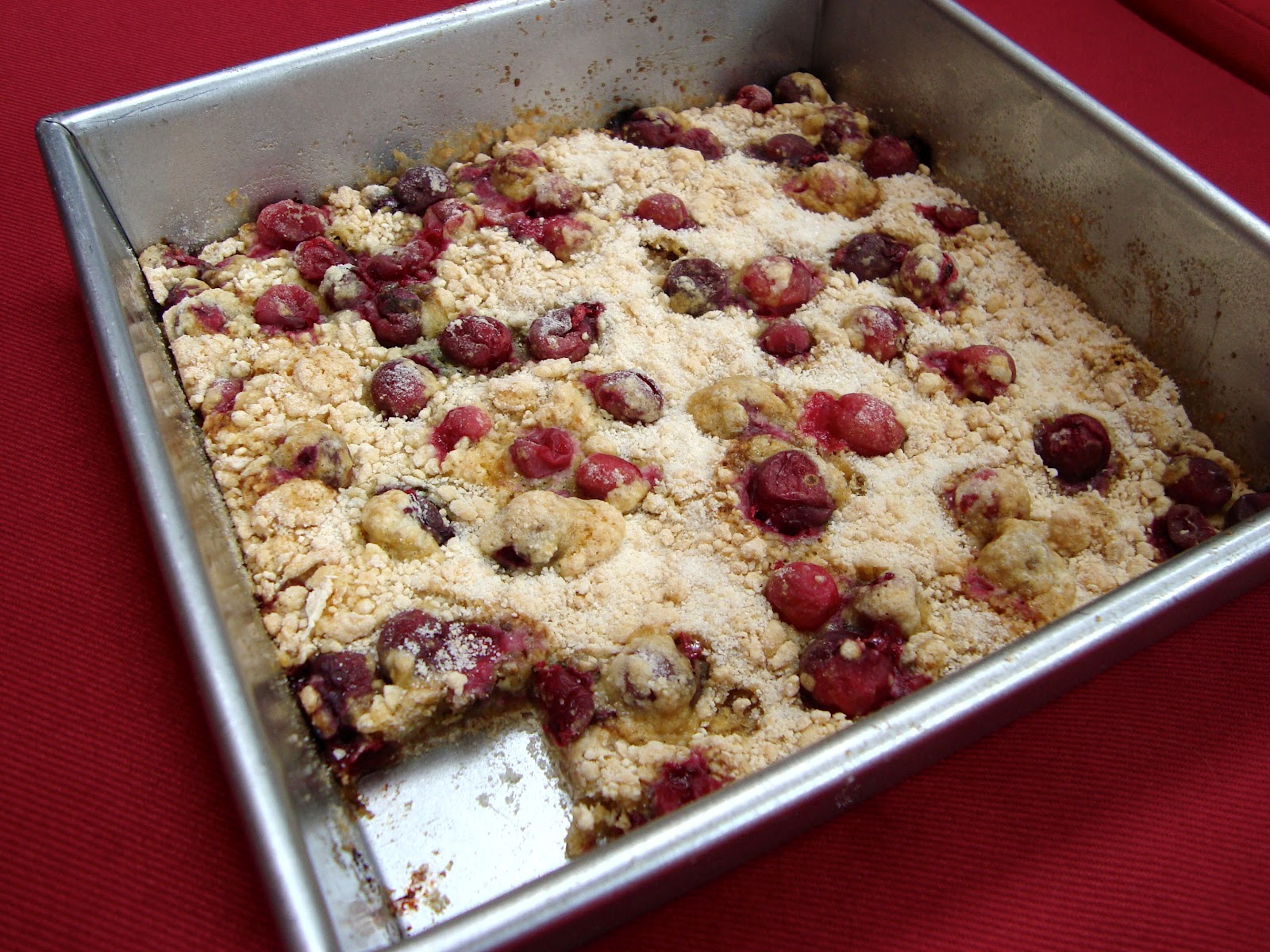 "This is Terrible – the Soda is Overwhelming!" Cherry Pudding
Occasionally, recipes in my cookbooks have handwritten notes next to them, like “Good!” and “Al’s favourite!” and “Why am I so lonely?” I made this Cherry Pudding because of the critical note next to it. And yes, the soda was overwhelming. It was horrible. I can only assume the recipe was typed incorrectly or there’s a psychotic caker running around London, Ontario, having a good laugh at everyone’s expense. Don’t make this. Ever.

And that’s a wrap! Thank you for making the time for me over the years and for joining me on my caker journey. I hope you’ve learned – and made – a few things along the way, whether you’re a caker or not.

May there always be a casserole waiting for you at the end of the day. Preferably one with crushed potato chips on top.