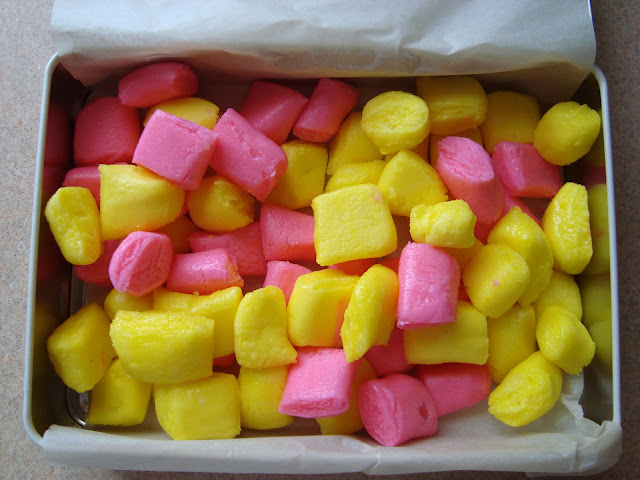 You never saw a bigger to-do in my family than when company came to visit. The beach towels would get taken off the living room furniture, the toilet tank fur would be washed, my dad would rake the orange-and-gold shag carpet and my mom would pace back and forth between the front door and the living room window, reminding me to not. Touch. ANYTHING!

After Eight mints were usually reserved for company visits. (Well, in my family, you were lucky if the mints made it until after four.) We even had a silver-plated container to hold the box. My mom was the portrait of sophistication as she passed the mints around, bathed in Elizabeth Taylor’s Passion perfume, asking if she could boil anyone another cup of Nescafé.

These mints reminded me of those company visits and After Eights. I realize that mints made with mashed potatoes might not sound too appetizing. But they’re pretty good. So long as you mash the potatoes really good. (No one likes a chunky mint.) And since potatoes are vegetables, it's safe to assume there’s a vitamin or two in each fluorescent one.

Combine potatoes and half the sugar, add flavouring and colouring. Mix in remaining sugar until still. Knead until smooth. Roll into long rolls, then cut into bite-sized pieces. This mixture may be divided and different colours added – with one left plain (e.g. red, green, yellow, white). Good!

Note: I used more icing sugar to get the right consistency for kneading. It ended up being closer to 3½ cups. 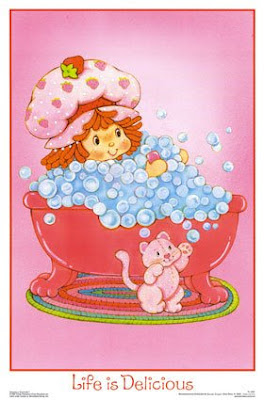 Am I paranoid, or is it weird to see Ontario strawberries in August? The way I remember it, there used to be a two-week strawberry season at the end of June. After that, you were SOL and left with those flavourless, heart-sized hollow things from California.

Anyway, I was recently contacted by Caker Cooking reader (and book publicist extraordinaire), Adria, about Frozen Fluffy Strawberry Pie. In her own words:

"Nothing brings back childhood summers more than the sweet smell of strawberries and condensed milk. Mum fancied herself a pie expert, famous for her apple pie with perfect Crisco-aided crusts. But the thought of turning on the oven in July after she’d picked Grandma’s berry bushes clean had her wincing. Frozen Fluffy Strawberry Pie to the rescue. Not for the lactose intolerant, this recipe brings together cream cheese, whipping cream, butter and condensed milk. Add that to some strawberries and coconut and you can basically rename it (Virgin) Strawberry Daiquiri Pie."

I don't know about you, but I don't consider anything with "virgin" in the name a selling feature. However, I'm sure this pie is delicious. Here's the recipe.

Do YOU have a caker recipe? Why hoard it in shame? Share it and you could be a caker celebrity! Email info@cakercooking dot com. 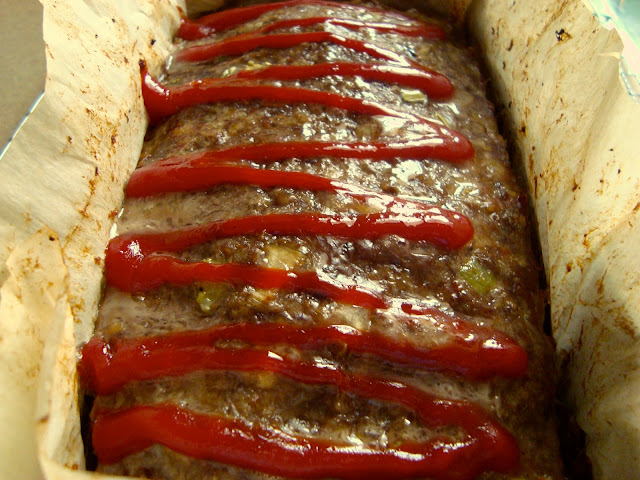 As much as I love making (and eating) caker food, I also love the cookbooks the recipes come from. I recently created a cookbook gallery, along with the recipes I’ve featured from each one. Almost every recipe carries the name of the person who submitted it. Sometimes, on a lonely Saturday night, I wonder about these people. Are they still making their Pineapple Cream Cakes and Spaghetti Pies?

While there isn’t anything remarkable about this Cheeseburger Meat Loaf recipe, it was the name of the contributor that caught my attention: Sister Vincentia. It was the most non-caker name I'd come across. Who was she? What was her story? Then I remembered that, in this modern age, everyone is Googlable. So I came across this and was caught off guard by the sadness you sometimes feel for complete strangers.

I can’t resist renaming this meat loaf in her honour. “Sister Vincentia’s Cheeseburger Meat Loaf” has a way of rolling off the tongue, don't you think? Also, the name Vincentia means “the conqueror.” And let me tell you, she conquered this meat loaf. It’s moist and flavourful with a melted ribbon of cheesy goodness.

Wherever you are, Sister Vincentia, I hope the mashed potatoes are as fluffy as clouds.

Heat over to 350°. Beat eggs in medium mixing bowl. Add cream, beat. Add crumbs to egg mixture. Let set until bread becomes soft. Stir. Add all remaining ingredients except cheese and tomato sauce. Work mixture until well mixed. Place half of mixture into well greased loaf baking dish. Shape and flatten top until even. Lay slices of cheese on surface of loaf. Do not extend over edge. Place remaining meat mixture on top of cheese, shape loaf with hands, sealing edges well. Bake for 50 minutes to 1 hour. Remove from oven. Spread tomato sauce over top. Bake for 20 to 30 minutes longer or until done. Yield 6-8 servings. 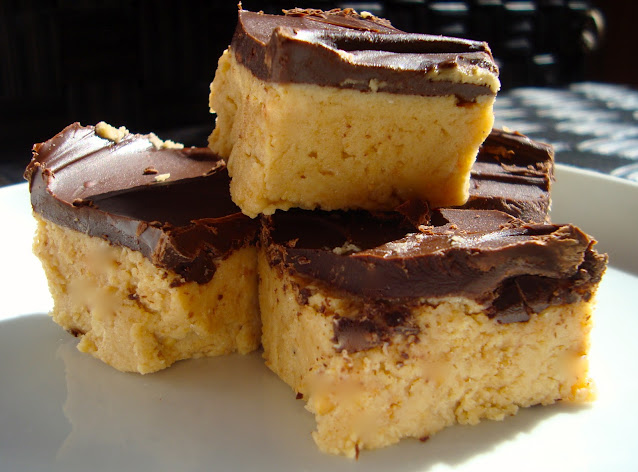 This week, I’m introducing a brand-new feature called “Writers Cooking Caker.” It’s like when Stacy Q guest-starred as Cinnamon on Facts of Life.

Some of you might assume that writers don’t cook; that we’re too busy writing novels about elusive white whales or women involved in S&M relationships to even think about food. But that’s simply not true. After all, food is what feeds the imagination. And can you think of any food more imaginative than caker food? So every now and then, I’ll post a caker recipe from a fellow writer, along with some information about his or her latest book.

This week, I'm welcoming Dani Couture and her Peanut Butter Gems. Dani recently published her first novel, Algoma, a lovely and poignant book about a young family dealing with tragedy. Speaking of lovely, her Peanut Butter Gems ain’t nothing to sneeze at neither. They taste like Reese's Peanut Butter Cups. You don’t even have to bake them! How caker is that? And they're delicious. (Especially when frozen IMHO.)

Note: I’m more of an 8 x 8-inch guy myself, so I used that instead. Trouble was, it made the chocolate layer thicker, which made cutting the squares harder, especially once the chocolate was set. If you make them in a square pan, ease up on the chocolate layer. Otherwise, it’ll be tough cutting through and your squares will end up looking more like geometrical shapes.

Dani also passed along her recipe for Aunt Paulette’s Party Potato Bake. They’re like Schwartzies Hash Browns, only with more fat (if you can believe it) because they have a potato chip crust. Aunt Paulette, I'll party with your potatoes anytime. 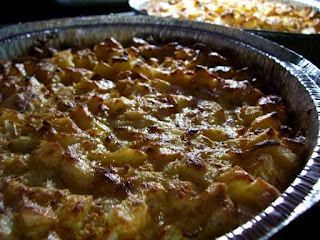 Saute chopped onion in butter. Empty hashbrown bag into a large bowl, mix in room temp butter, sour cream, sauteed onion, and cheddar. Salt and pepper as you please. Layer mess into a baking tin so it's about 3" deep (too thin and it dries out) Sprinkle crushed chips on top. Bake at 350 for 20 odd minutes depending on your stove.

A year after watching his brother go through the ice, twelve-year old Ferd refuses to believe Leo is gone. Convinced his brother is still alive, Ferd enters into a campaign of letters to persuade his brother to come home, "mailing" notes in any pool of water he can find. Soon, sopping notes begin to appear around the house – folded squares of paper in the rain reservoir, kitchen sink, and washing machine. Ferd’s mother, Algoma, finds the letters and keeps them to herself in an attempt to hide them from her increasingly distant husband. Gaetan, a bartender who obsessively records the weather, rejects his family’s increasingly erratic behaviour and disappears one night leaving behind his weather journal, a newly pregnant wife, and a son consumed with talking to the dead. 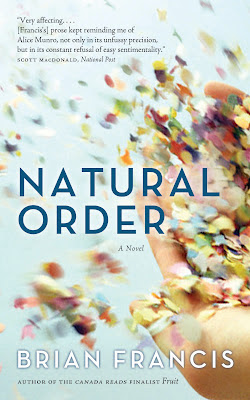 Contest is now closed.
Winners will be notified shortly. Thanks to everyone who entered!

By now, some of you might know that I write novels. My second book, Natural Order, just came out in paperback and to celebrate, I'm giving away copies to say thanks for making Caker Cooking the worldwide phenomenon it is today.

Five winners will receive a book, along with a handwritten index card (good luck reading my chicken scratch) featuring a caker recipe that has yet to appear on this blog. That's right, folks. You're getting an exclusive caker recipe personally selected from my vast library of coil-bound cookbooks. I'll also personalize the book.


Hope you enjoy the book – and the recipe. 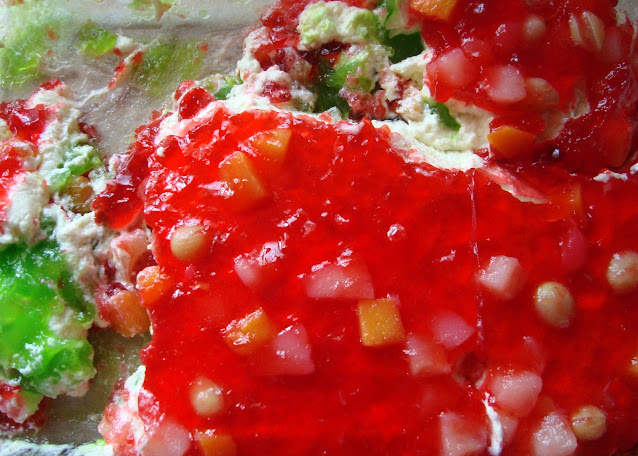 Many of you might assume I live this perfect caker life; that my Porcupine Meatballs are always moist, my Dream Whip is always fluffy as air, and I never cut myself opening up a can. But the fact is that every caker stumbles. Yes, even me.

Take this Ribbon Salad. I had images of layered colours and glistening gelatin. I even planned to make a clever Olympics reference by mentioning ribbon gymnastics. But this Ribbon Salad had me in knots.

When I tried to cut it into squares like the recipe said, it was messier than a drunk bridesmaid. I had to scoop it out and plop it into bowls. It looked like abstract art, which would've been fine except for the fact that, when it comes to our food, cakers tend to be paint by number folks.

In any case, Ribbon Salad has reminded me that, sometimes in life, you need to dust the JELL-O powder off and carry on, caker soldier.

Mix JELL-O and hot water and let partially set. Mix in drained fruit cocktail and spoon over second layer. Refrigerate until firm. Best when made ahead and left overnight. Cut into squares and serve. (This makes a colourful salad for Christmas, weddings or summer dessert.)