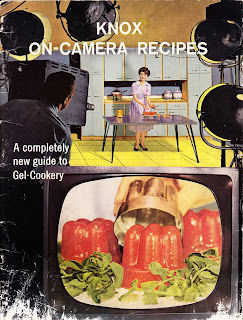 The moon has turned red, there's a pale horse running around and cakers are eating vegetables. These prophetic signs can only mean one thing – Knoxapocalypse is coming!

On Monday, I'm teaming up with other retro food bloggers to showcase gelatin-inspired recipes. And trust me, you won't believe some of the crap you can solidify.

Everywhere I go these days, I smell erasers and terror. That can only mean one thing – another school year is around the corner. This week, I'm posting a kid-friendly recipe because it’s never too early to teach kids the fine art of caker cooking. After all, if our traditions fall away, what will happen to all those employees at Kraft?

I took this recipe from a cookbook I had as a kid, Betty Crocker’s Cookbook for Gay Boys & Girls. Yes, I still own the original and have the booger-crusted pages to prove it. How many Saturday nights did I spend slaving over these recipes while other kids were out having normal childhoods? Lots, I tell you.

These Eggs in Bologna Cups would be a welcome treat for any kid coming home for lunch after an intense morning of colouring maps of the western hemisphere. And talk about nutrition! Each serving contains an entire teaspoon of milk! In my household, the milk would’ve been replaced with coffee whitener mixed with water.

Happy back to school, kids. Those map-colouring skills are going to come in real handy one day. You just wait.

PS - Don't miss next week's post. I'm teaming up with five other food bloggers for "Knoxapocalypse." It's about to get real firm around here. After that, I'll devote the rest of the month to reader recipes. Stay tuned!

Heat oven to 375°. Grease 6 muffin cups with some shortening, using pastry brush. Melt 2 teaspoons shortening in skillet over low heat. Place 3 slices bologna in the skillet and fry until the edges curl and the centres puff. Lift each slice with tongs into a muffin cup and press down so the slice fits the cup. Repeat with remaining bologna slices. Break 1 egg into the centre of each bologna slice to hold it down. Pour 1 teaspoon of milk over each egg. Sprinkle eggs lightly with salt, pepper and paprika. Bake uncovered for 15-20 minutes or until eggs are set. Loosen each bologna cup with knife and lift to platter with spoon. 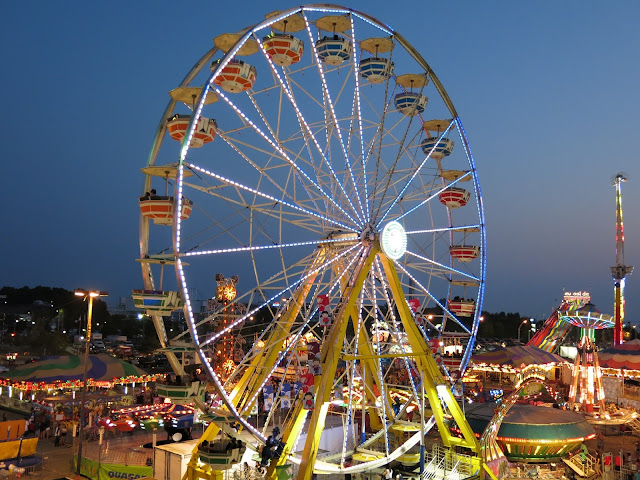 I didn’t go on the rides because nausea isn’t a turn on for me. I did, however, eat. Luckily, not a cronut burger. I was going to get one, but the line was too long and if there’s one thing cakers don’t do, it’s wait for our food. It defeats the purpose.

But here's everything I did eat. And yes, I had weird dreams that night. 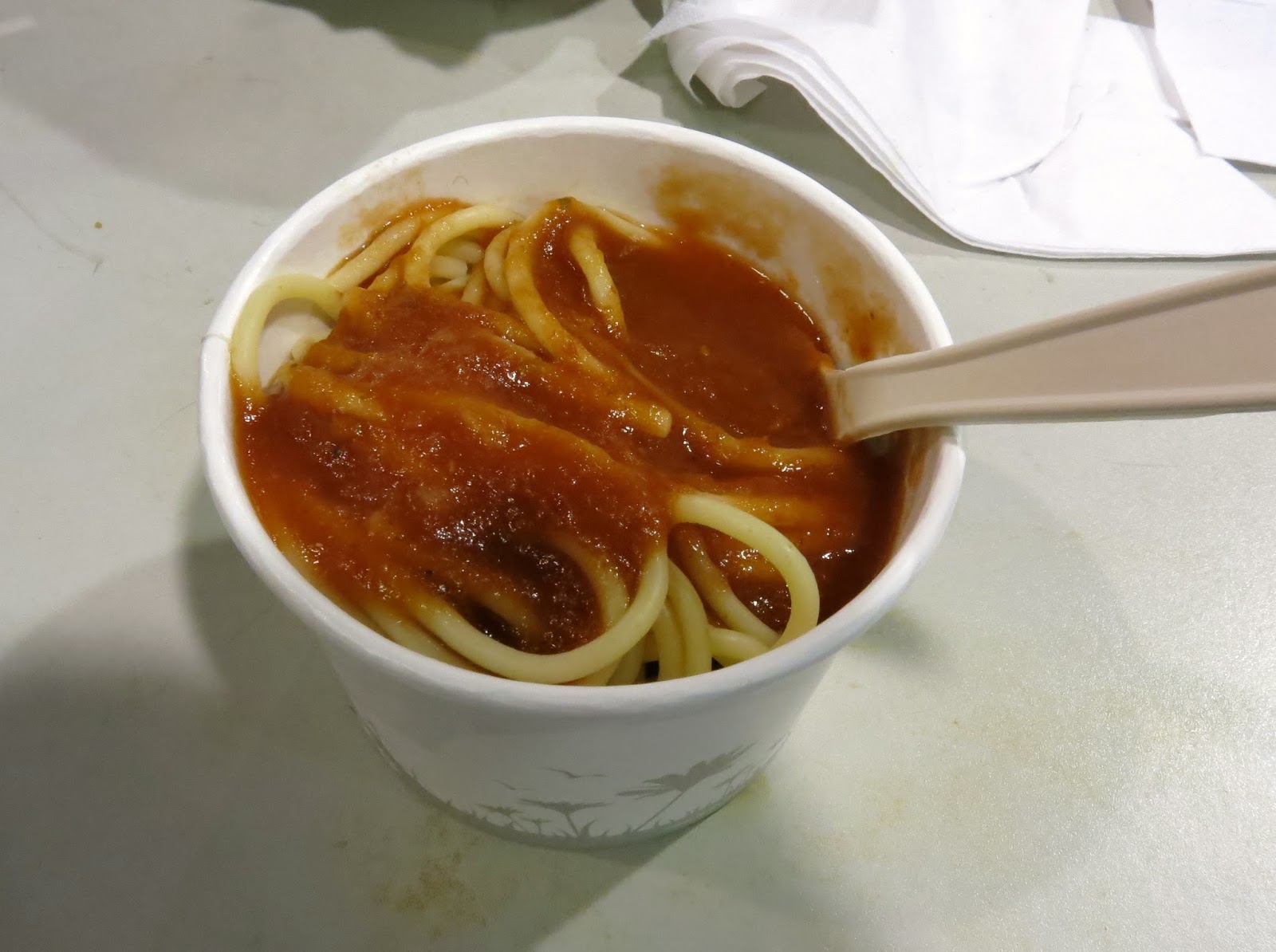 Spaghetti
This was only 99 cents. You couldn’t find a better deal for overcooked spaghetti and Primo sauce. They rip you off for cheese, though. It was 59 cents extra. No sprinkle of Kraft parameeshun is worth that. Just bring your own in a baggie. 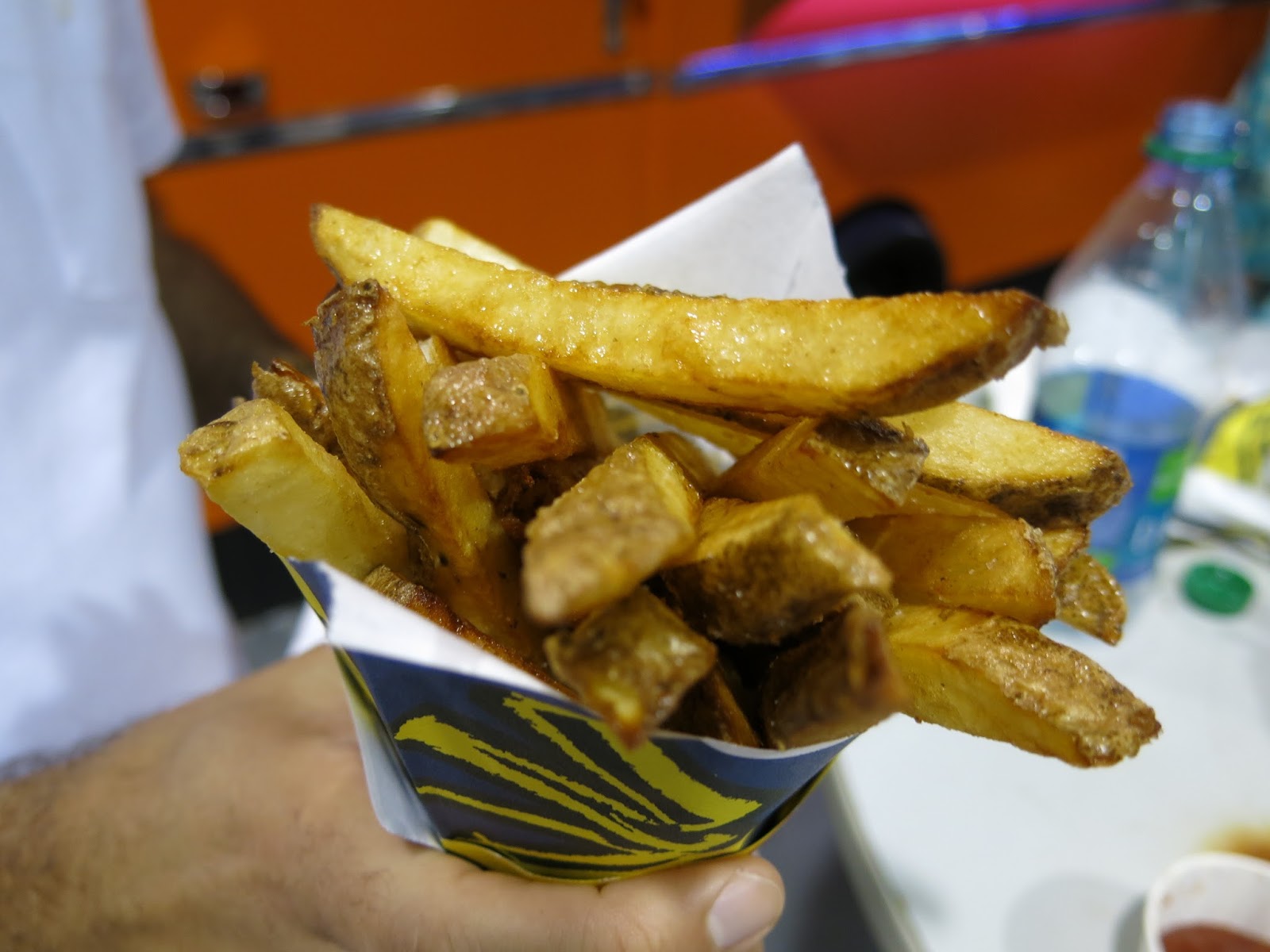 Fries
These were okay, but they were a little boring. Plus, they were six bucks, which I thought was a little dear. It’s not like they had Nutella on them. 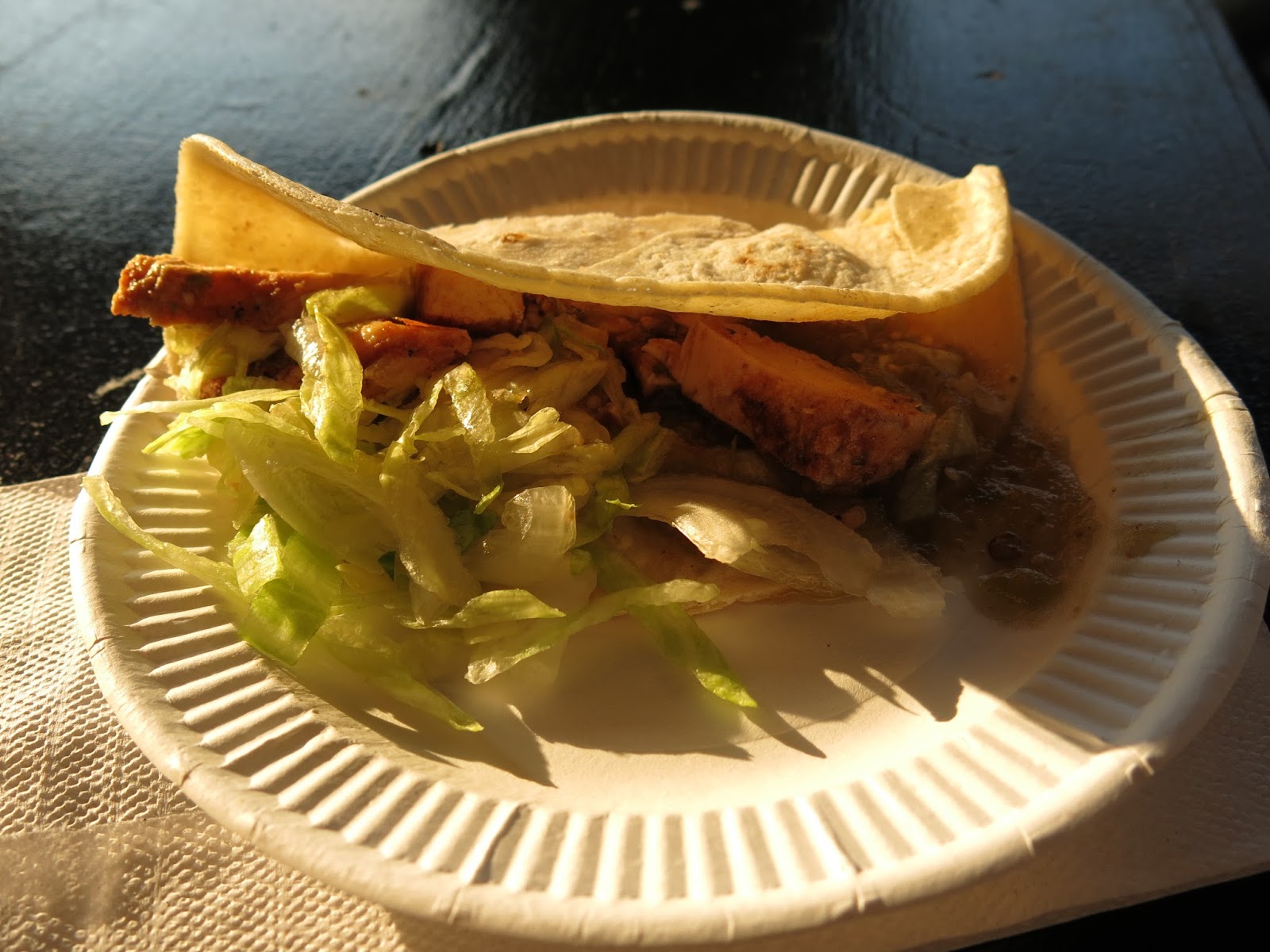 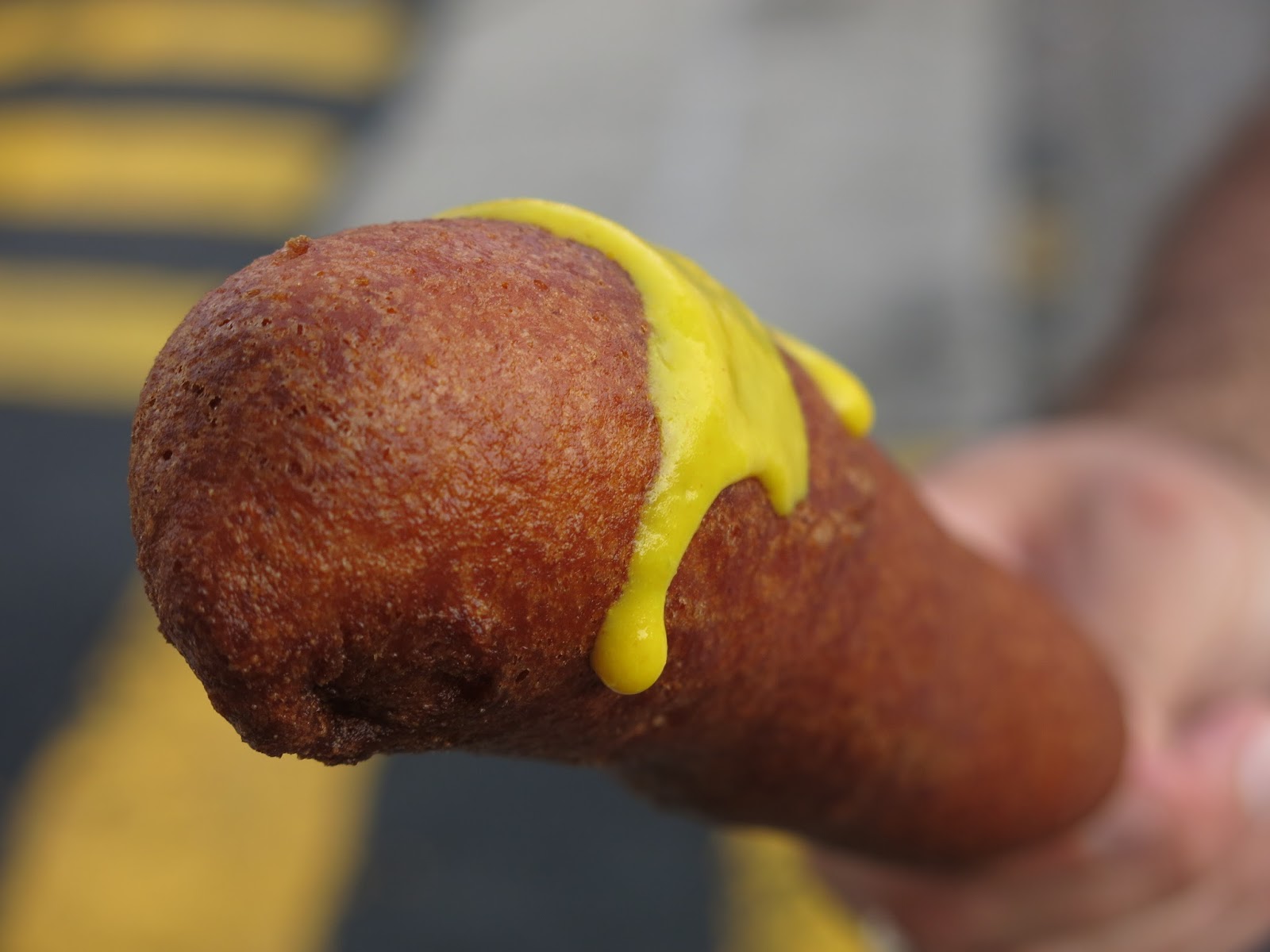 Corn Dog
It’s hard to eat a corn dog in public and not get a few winks from older gentlemen in Tilley hats. This was five dollars. The watered-down mustard was free. 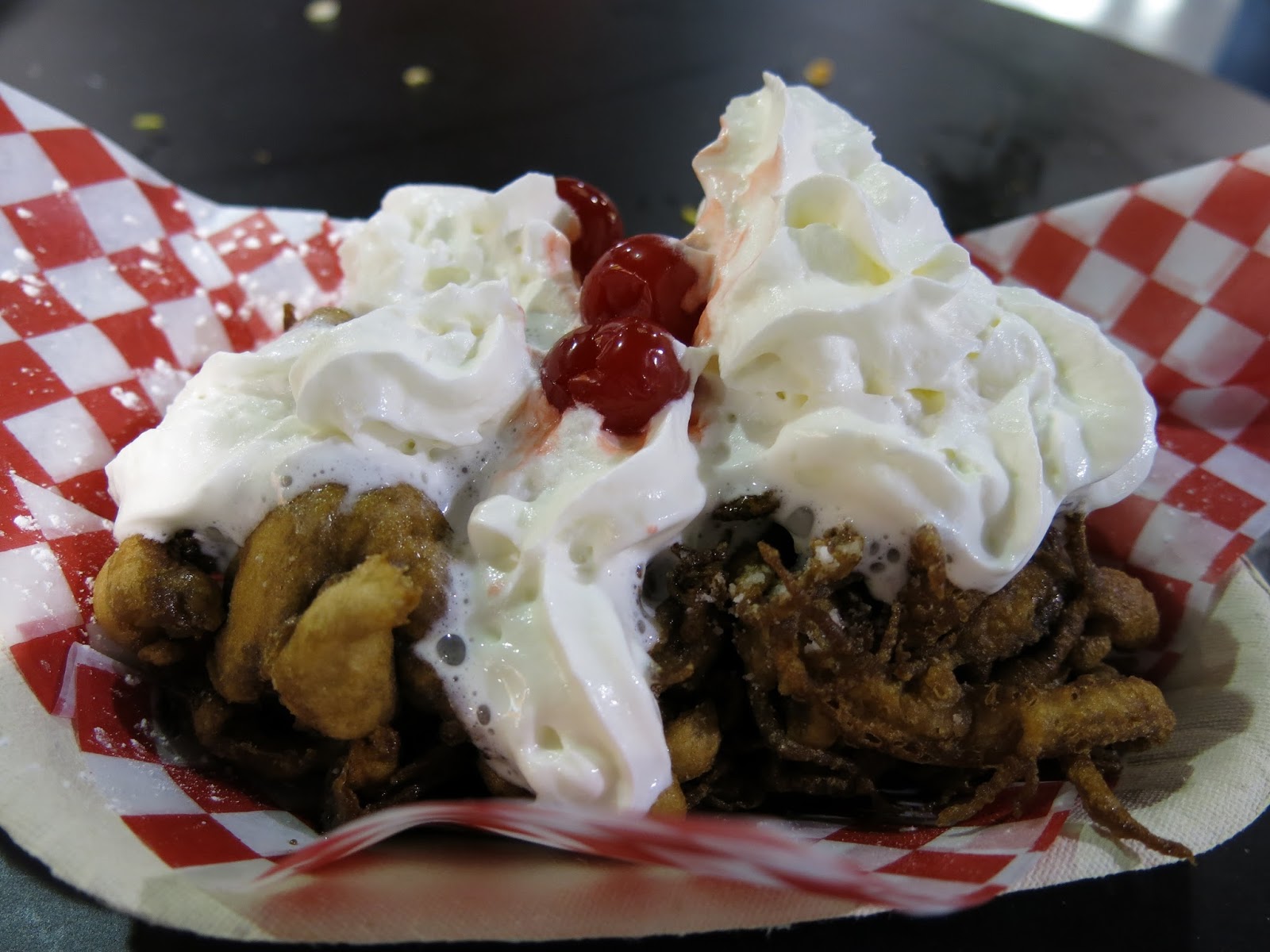 Deep Fried Cola
I didn’t know what the heckadoodle this was but that’s never stopped me before. Turns out they pour Coke into batter, deep fry it, then sprinkle more Coke on top, along with icing sugar, whipped cream and maraschino cherries. I left behind two teeth when I was done. This cost six dollars. 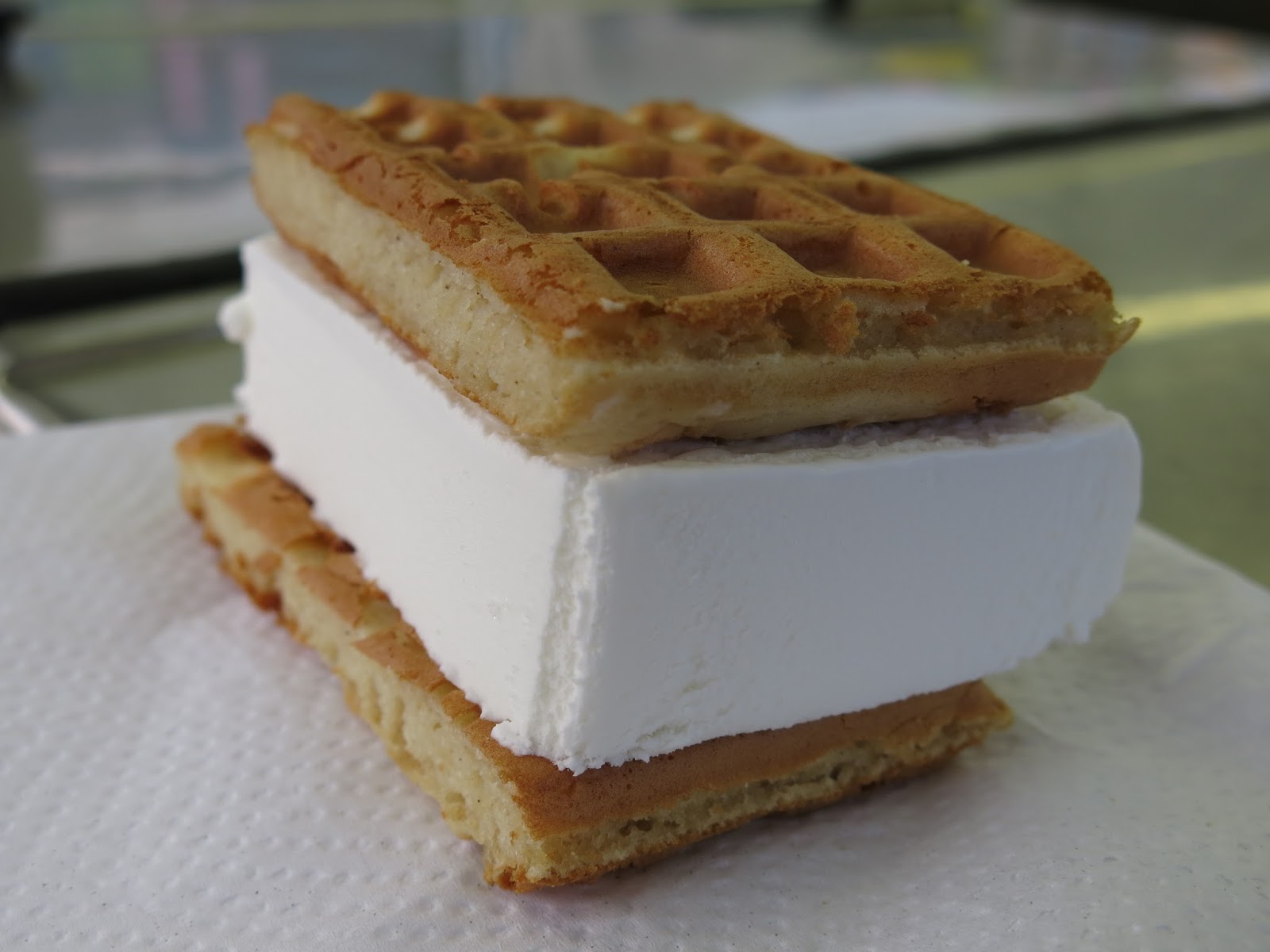 Ice Cream Waffle
I couldn't tell what I liked more – the hot, homemade waffle or the two-by-four of ice cream. This was $3.75. 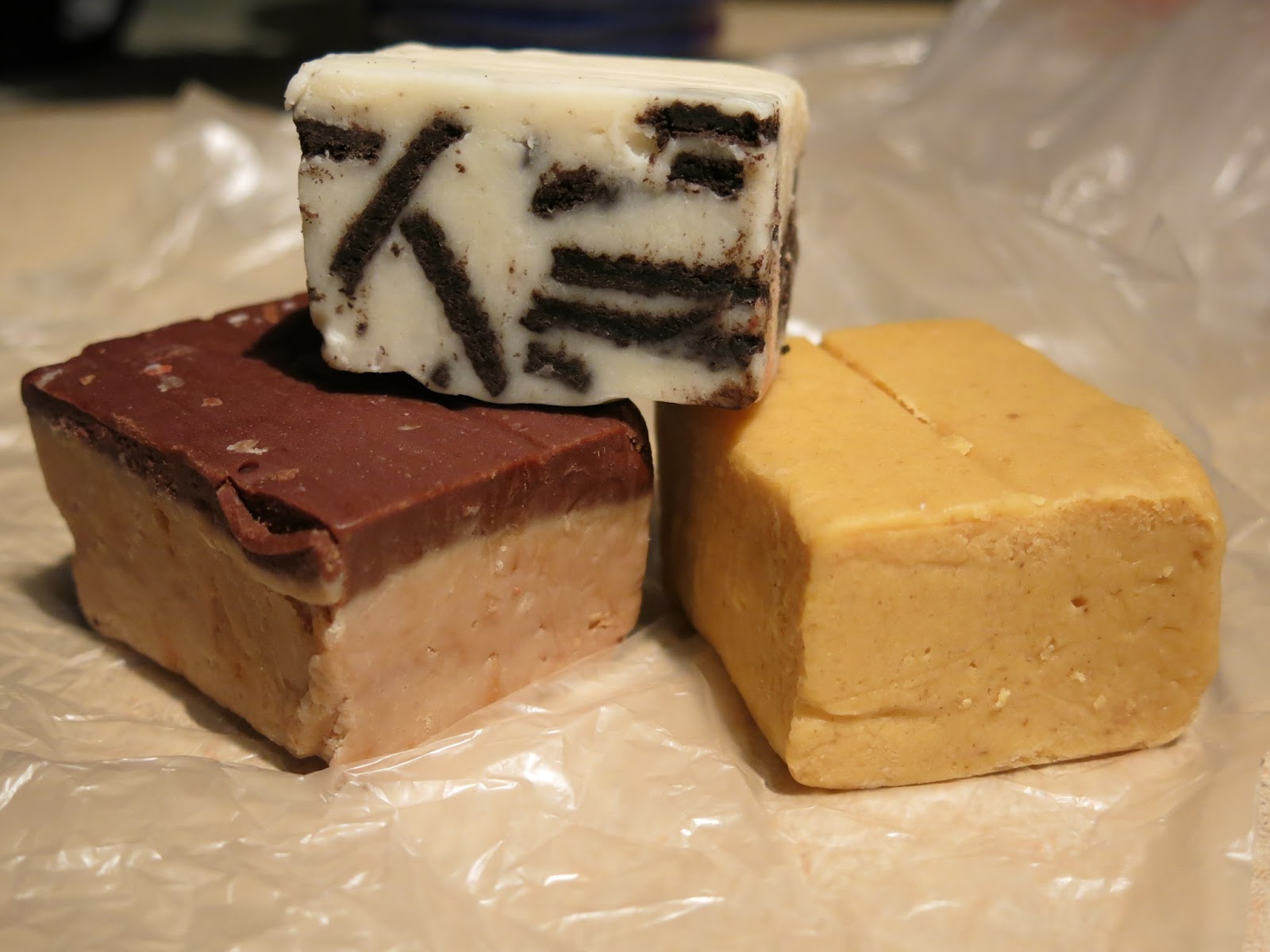 Fudge
The woman who served me said I could freeze the fudge to keep it longer. I was like, “Lady, I’ll be lucky if this fudge makes it to the parking lot, m'kay?” I bought Butterfinger, Oreo and Pumpkin Spice. Three pieces came to twelve dollars, which was a bit dear, but that’s fudge for you.

I didn’t eat these other things, but here they are: 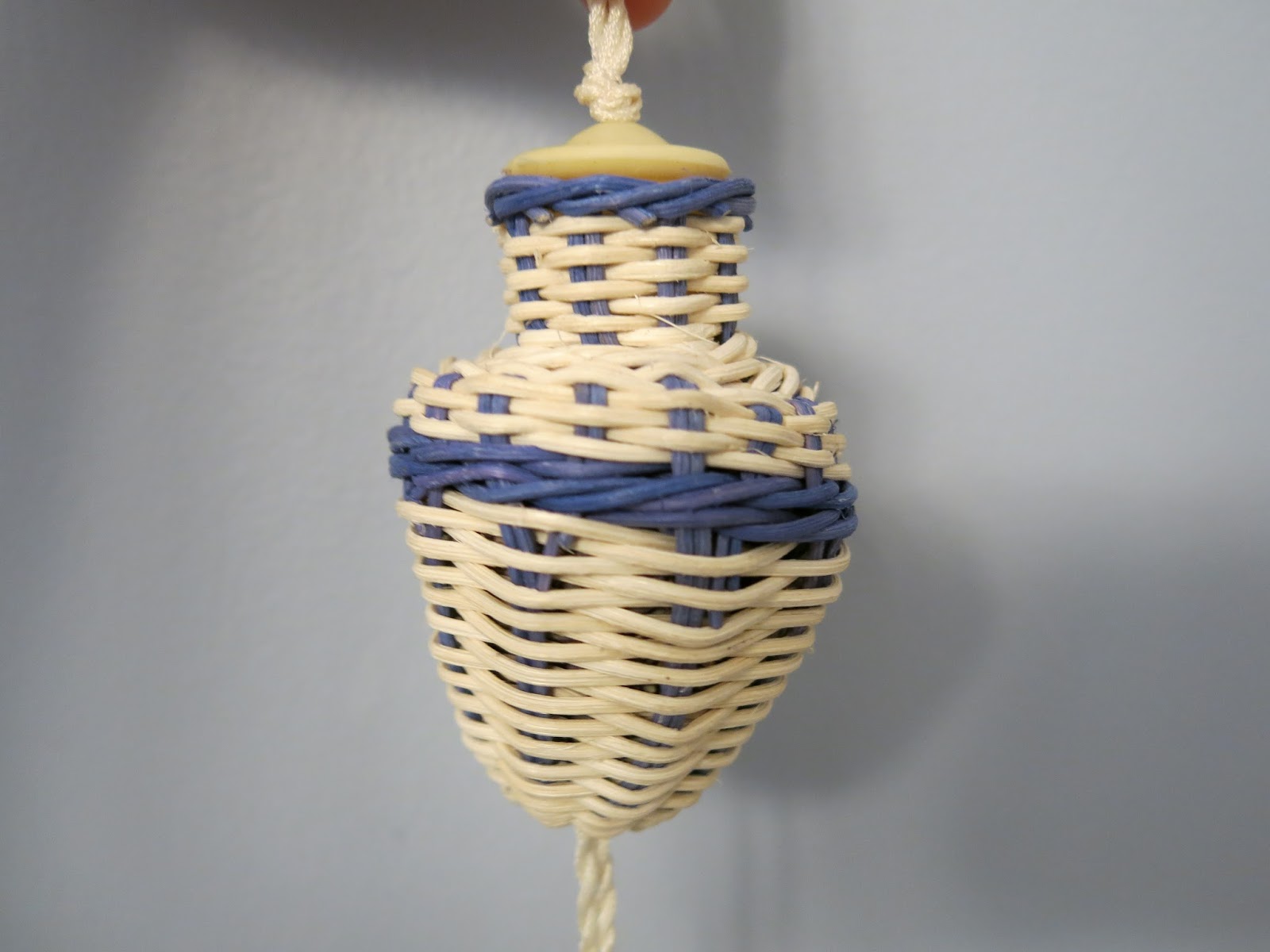 Lavendar Basket
I have a soft spot for lavender, but that’s likely because I get nostalgic for all the Wizard bathroom spray I inhaled growing up. This was five dollars. 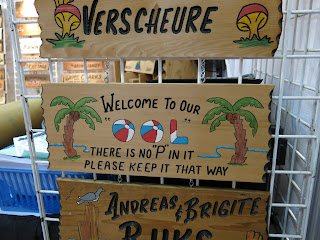 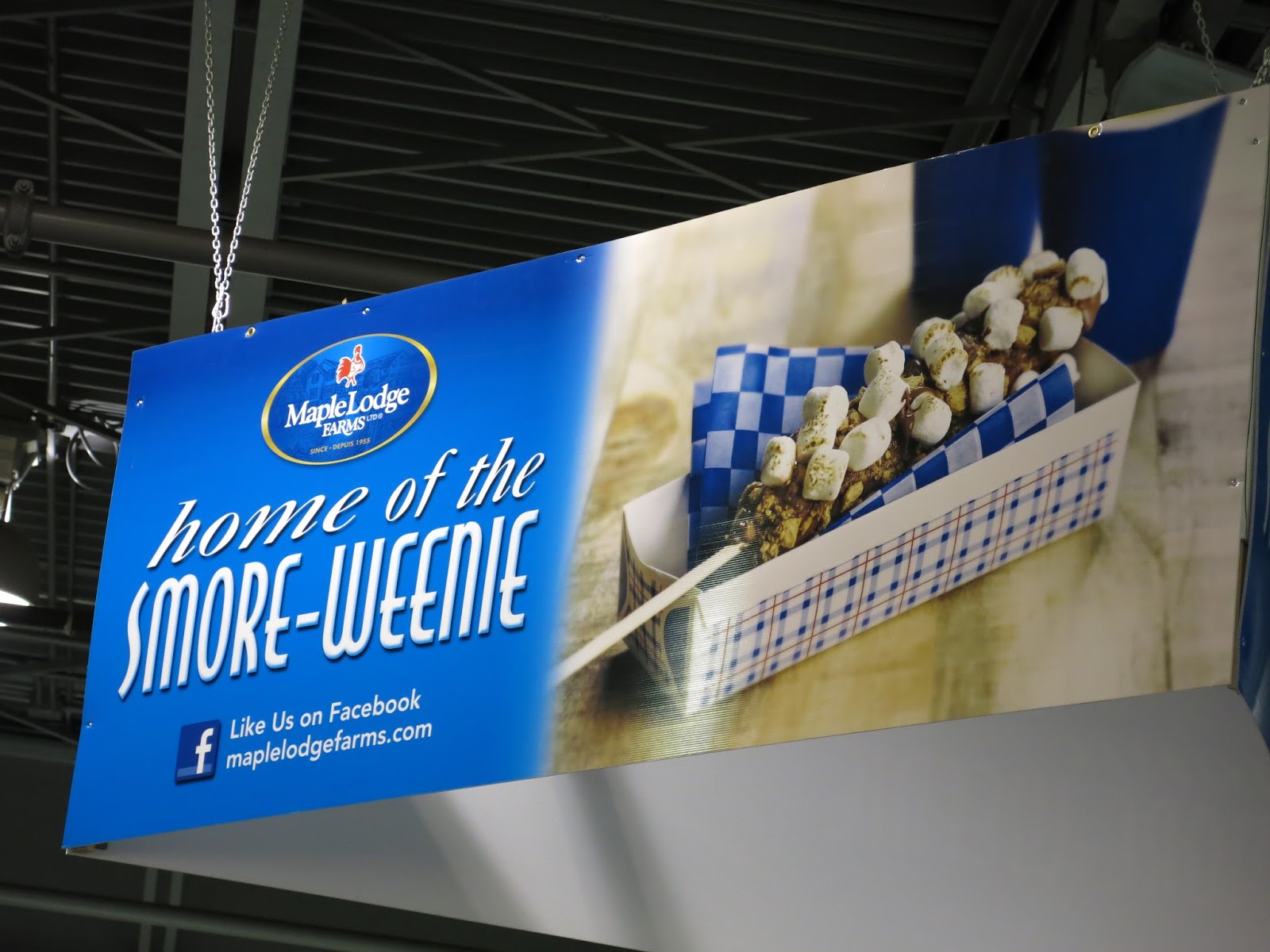 Smore-Weenie
There’s no way I’m eating a chicken wiener rolled in chocolate, marshmallows and graham crackers. Unless you paid me, like, ten dollars. 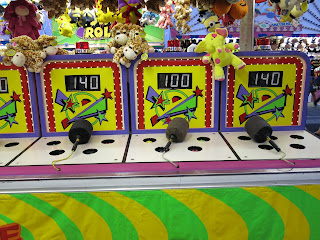 Whack-a-Mole
I was going to play, but I was the only one there. Which means I would've been playing against myself. And I was too afraid of losing. 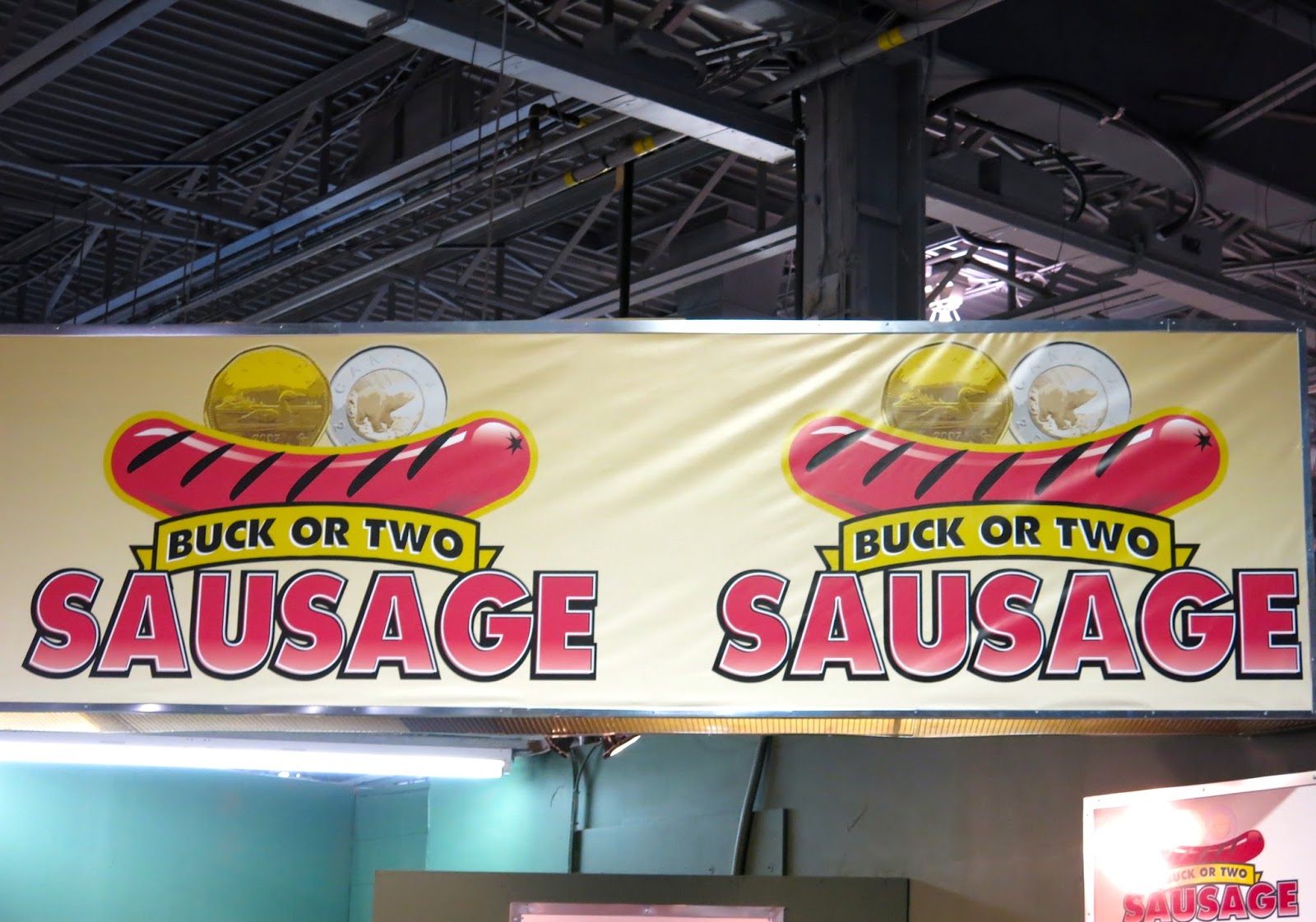 Buck or Two Sausage
Why do I have the feeling my sausage would fall into the one-dollar category? 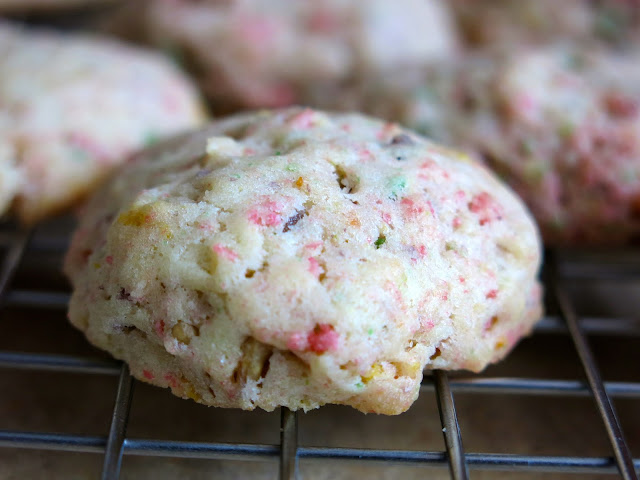 Isn’t August bittersweet? On the one hand, it’s the end of summer. But on the other, it’s also carny season. No, not that Carnie. I’m talking carnivals.

If you’re around the Toronto area, you know about the C.N.E., which stands for Canadian National Exhibition. But it really stands for Caker National Exhibition because if there’s anything that cakers love more than hot mini donuts, it’s going on the Tilt-a-Whirl and then vomiting up those donuts into the nearest trash can while a friend holds your hair back.

Like most cakers, I go to the C.N.E. every year but I don’t go for the rides. I go for the food. You’ll find me hanging out at the ice cream waffle stand, flirting with the fudge ladies or trying to tackle a pogo dog without looking like I’m in an adult movie. I also visit the Home Building and watch people wearing headset mikes try to convince me that this mop will change my life forever.

I’ll be heading to the C.N.E. this week and might post some of my observations. In the meantime, enjoy these colourful – and delicious! – carnival cookies, made with the wholesome goodness of Froot Loops. Which means you can totally eat them for breakfast.

It should come as no surprise that, when it comes to caker food, I can get with most things. Put some baked beans in a muffin and I’ll give it a taste. Turn mashed potatoes into mints and I’ll pop one in. I’m even up for meatloaf made with Special K. (But you won’t catch me going back for seconds.)

But one dish I can’t get with is any recipe calling for JELL-O and weird things. By “weird,” I mean food that has no business being in JELL-O, like pickles, olives and carrots. And there are LOTS of those recipes in my cookbooks, which leads me to wonder, “Were all the church ladies in the ‘70s on crack?”

You can’t run away from your caker demons forever, so I made this Tomato JELL-O the other day. It has orange JELL-O and stewed tomatoes. Yes, it was disgusting. The only way I could finish it was to run it under hot water and melt off all the orange JELL-O. And if you think water-logged tomatoes sound gross, they were way better than the other option.

Why, my caker people? For the love of god, why? 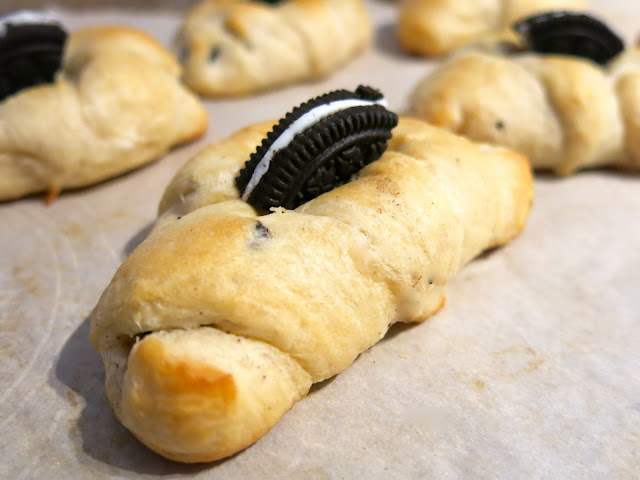 A couple of weeks ago, a work colleague brought in something called a “cronut,” a cross between a donut and a croissant. Apparently they’re all the rage in NYC and people line up all day to get one. It was tasty, but not worth four hours of staring at the back of a stranger’s head.

Then, the other day, someone gave me a “crookie.” It’s a croissant stuffed with Oreo cookies. They’re selling them at a fancy bakeshop here in Toronto. Apparently, everyone’s going nutso for these, too.

“Goldarn it,” I thought. “Why am I sitting here, letting all these non-cakers get rich?”

So I bought some Pillsbury Crescent Roll dough and some (no-name) Oreos, threw them together and called it a “craker.” Tomorrow morning, I’m setting up my card table on the front lawn and selling them with a cup of Taster’s Choice for only two bucks! Mother is polishing her toonie as I write this.

While I should guard this recipe, I’ll share it with you. Just don’t set up shop across the street or I’ll be real mad.

Take a can of Pillsbury Crescent Rolls and unroll them. Crush up some Oreos, eat half of them, then put some cookies at the large end of dough and roll them up. Bake according to package directions. When you take them out of the oven, cut a small slit at the top and insert an Oreo piece. Then get rich.

Mmm. Don't they look all good-like inside? 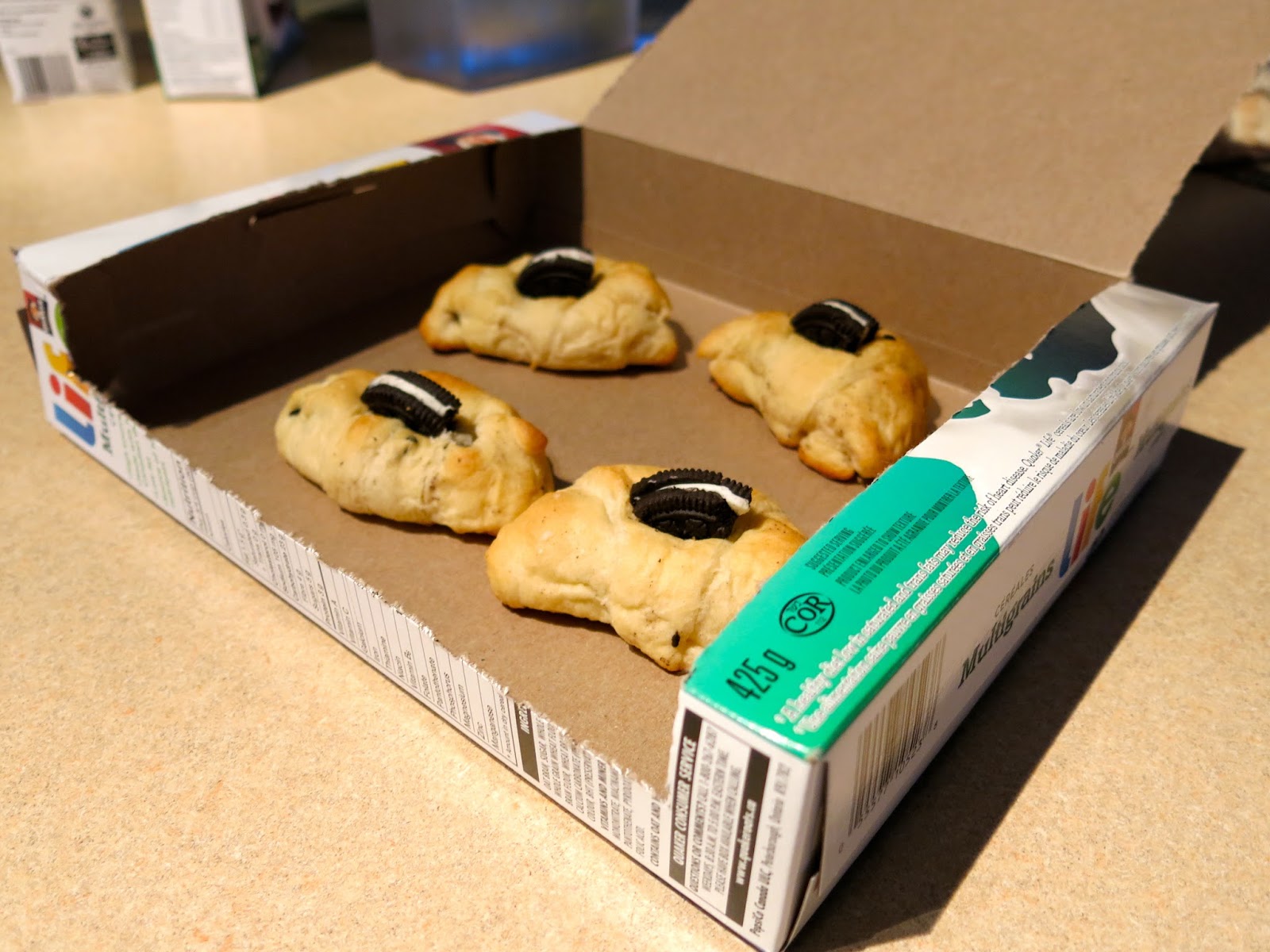 Why not store them in a caker baker cereal box container? 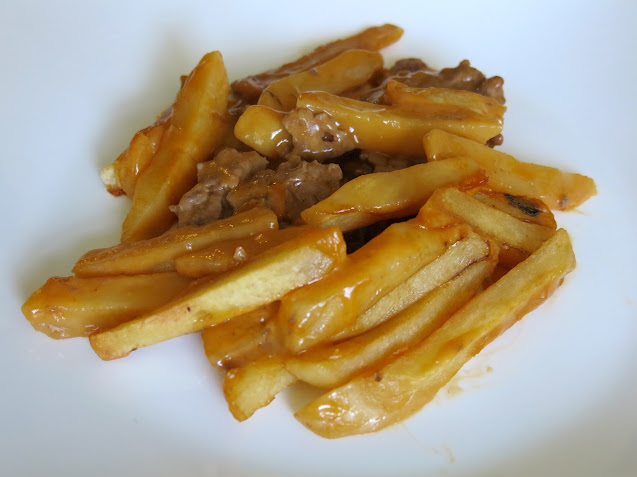 This week, I have two MAJOR announcements to make on Caker Cooking.

Number One: I ate a vegetable the other day.

The real first announcement is that this week's recipe is for a casserole with French fries on top. 'Nuf said.

The second announcement is that the person eating the casserole is a refined caker gentleman wearing a pair of mint green polyester pants, brilliant white oxford shoes and a matching white belt.

Congrats, Jennifer! You're getting a copy of Grace: A Memoir, courtesy of the good folks at Random House Canada. (Jennifer, email your mailing address to cakercooking at gmail dot com.)

Thanks to Mrs. Hunter and to everyone who posted their caker fashion comments. They inspired me to bring the polyester back into my life. True, polyester can cause some chaffing in these hot summer months, but hey, corn starch is cheap.

Speaking of corn starch, there ain't none in this casserole. But did I mention French fries? Happy eating.

Heave over to 350°. Place uncooked hamburger in bottom on 9 x 9” pan. Mix the two soups together and put over hamburger. Top with a generous layer of French fries. Bake for 1½ hours.