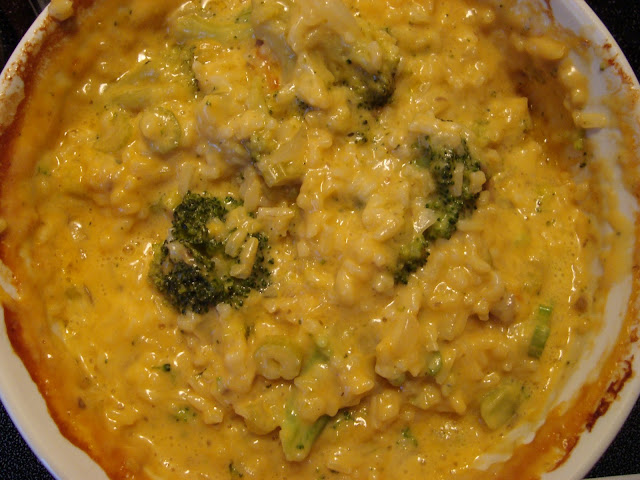 While most cakers tend to shy away from vegetables—unless you consider the grey bits in Cream of Mushroom soup vegetables—there’s one that has found its way into the hearts of cakers everywhere. And that lucky vegetable is broccoli.

It’s not really surprising when you stop to consider it. Broccoli is cheap. It doesn’t require a lot of chopping (especially if you buy it frozen). There's nothing to peel. And, best of all, it’s sturdy enough to withhold a smothering of cream-based soup, margarine and melted cheese. It’s like Mother Nature invented broccoli just for us cakers.

Having said that, this also explains why cakers don't linger around the table following a meal. Everyone bolts before the "broccoli backwind" kicks in.  (You know what I'm talking about.) 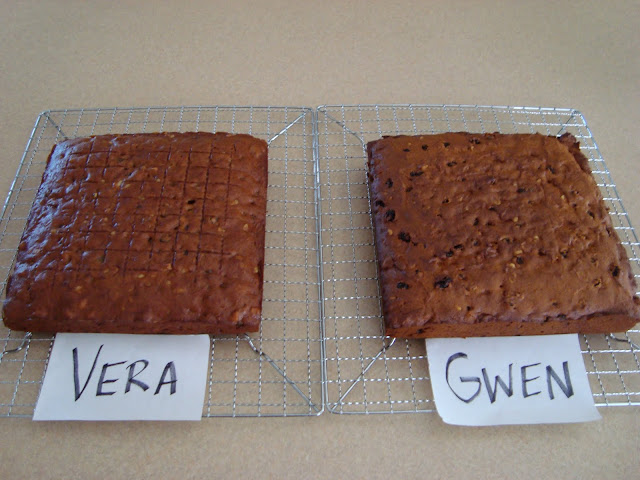 Recently, I came across not one, but two recipes for the caker classic Tomato Soup Cake. Both recipes were on the same page in the same cookbook, From Our...Kitchens…To Yours, produced by the Melfort Block Parents Association. (The ellipses are a little weird, but bear with me.)

One recipe was credited to a woman named Vera. The other to a woman named Gwen. Did both of these women know one another? (Melfort, Saskatchewan has a population of 6000 according to its website, so it’s likely.) Were Vera and Gwen aware that they submitted the same recipe? If not, were they hurt/angry/embarrassed? I couldn't help but imagine a confrontation following the book's release.

“You said you were doing a zucchini cake, Gwen!”

“Well, it's not like you own the copyright to Tomato Soup Cake, Vera!”

I had to figure out which recipe produced the best cake. So, after making both, I conducted a taste test among my colleagues. Which woman would reign supreme?

In the end, it was pretty close with only a few votes separating the winner from the loser. Vera ultimately walked away the champ. Tasters found her moister and softer, with just the right amount of nuts. Gwen, on the other hand, was a little drier and denser, although some found her a little spicier.

I’m posting each recipe because, when it comes to Tomato Soup Cake, there are no losers.

Heat oven to 375°. Cream butter and add sugar. Dissolve the baking soda in the tomato soup. Place the dry ingredients in a bowl and add alternately with the tomato soup to the creamed mixture. Add raisins and walnuts. Bake for 50-60 minutes.

Source: From Our...Kitchens…To Yours, Melfort Block Parents Association, Melfort, Saskatchewan (I'm sorry, but the illustration of the kid creeps me out. He looks like a mini Michael Myers.)
Posted by Brian Francis at 03:56 9 comments 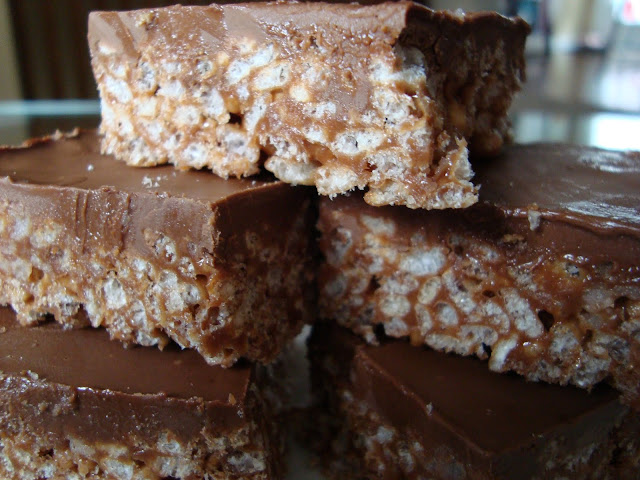 While nothing pleases cakers more than creating copycat recipes of our favourite treats (see Quick and Easy Skor Bars for an example), this recipe, in spite of its name, isn’t for homemade Mars bars. It does, however, involve chocolate bars.

Four of them. Melted. With butter. And Rice Krispies.

Look, if you’re not already onboard, there’s not much else I can do to sell you on these squares. Unless, of course, that final layer of melted milk chocolate chips shoves you over the fence post.

Mark my words: your love affair with Rice Krispies squares is over. There's a new bitch in town.

Melt bars and butter in double boiler, then add 3 cups Rice Krispies. Mix and press into an 8x8” pan. Melt chocolate chips in microwave or double boiler and spread over squares. Allow to cool and cut.

Source: a random recipe card. I think this might be my mom's writing. This is about as detailed as most caker recipes get.
Posted by Brian Francis at 03:58 8 comments 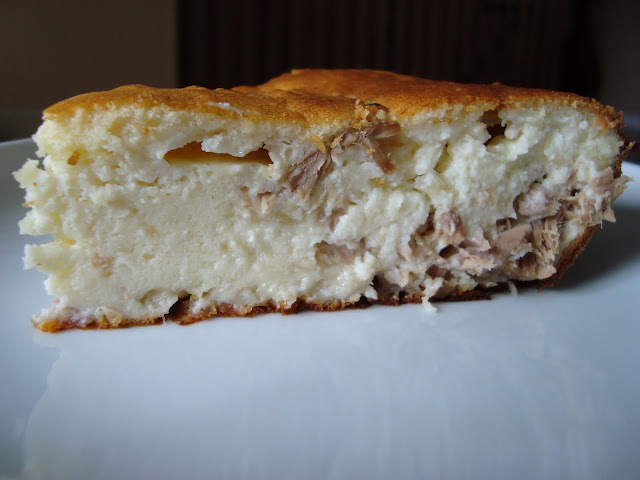 If you spent the number of Saturday nights as I have religiously studying caker cookbooks, you’d notice recurring adjectives in recipe titles. Adjectives like "easy," "lazy," and "no-bake."
Another word that pops up time and time again is “impossible.”
Now, I don’t know about you, but if something is deemed impossible, doesn’t that mean it’s not possible? I mean, if this tuna pie really was impossible, there'd be no photo of it. It wouldn't exist. And what, exactly, makes this tuna pie "impossible?" The blender? The Bisquick? The cream cheese? I'm confused by everything.
At the end of the day, I guess it all comes down to semantics. “Highly Unlikely Tuna Pie” just doesn’t have the same ring to it.
1 can tuna
1 cup shredded cheese
¼ cup sliced green onions
2 cups milk
1 cup Bisquick
4 eggs
¾ teaspoon salt
dash of nutmeg
1 package cream cheese, cut up
Heat oven to 400°. Grease pie plate. Mix tuna, cheese and onion in plate. Beat remaining ingredients 15 seconds on blender on high or 1 minute using hand blender. Pour into plate. Bake until knife inserted between centre and edge comes out clean, about 35-40 minutes. Cool 5 minutes before serving.

(Note: my liquid runneth over. There was too much of it. So keep that in mind. I also ended up cooking it for close to an hour.)