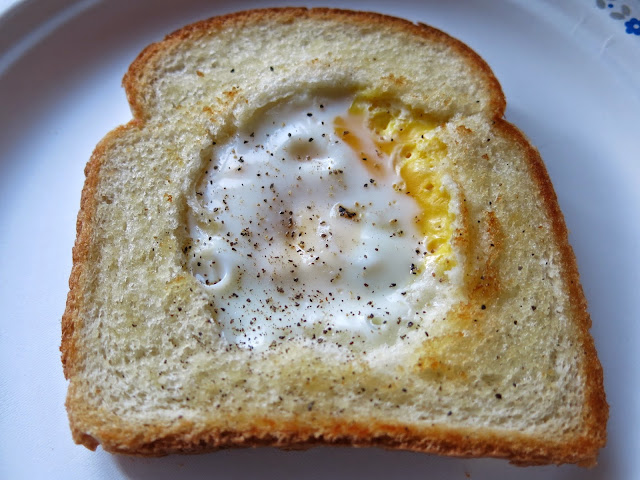 My kitchen reno is now entering its fifty-third week. I’m starting to forget how an oven works. (Oh, who am I kidding? They were always mysterious boxes to me.)

While I was trying to figure out what to make this week using the utensils I have at my disposal (mainly a coffee maker and an iron), I remembered there was a family-sized electric griddle in the garage. I bought it for all those large family gatherings. Which, you know, I never have.

I blew the dust off and fired it up to make Egg-in-a-Hole. Once again, I have to wonder how many cakers failed English class. It’s not that we can’t spull. It’s just that we’re so bad with words. We seem to be a people hellbent on giving our food the most uninspiring names possible. Consider Make Do Squares. White Stuff. Bun Spread.

We can now add Egg-in-a-Hole to the Unfortunately Named Caker Recipe Hall of Fame. While it’s tasty and convenient (cakers love anything involving clever assembly tricks), would you want to try Egg-in-a-Hole if you saw it on a menu?

“Whose hole is it?” I’d want to ask the waiter. “And was the hole warshed before the egg went up there?”

Cut a round hole in slice of bread. Butter one side and brown in frying pan. Turn over and drop raw egg into the hole. Add salt and pepper to taste. Cover and cook soft or firm, as desired.

Email ThisBlogThis!Share to TwitterShare to FacebookShare to Pinterest
Labels: Eggs 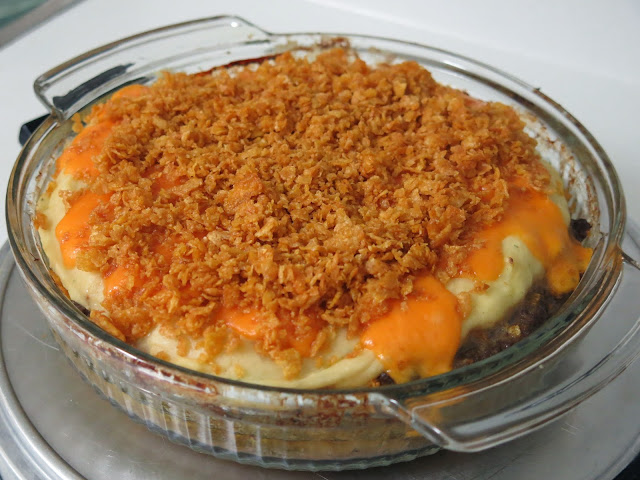 Well, folks, I’m into week four without a kitchen, thanks to mother’s “hurt” back. (It didn’t stop her from going to polka the other night.) But I had a brilliant idea. Why not borrow a friend’s kitchen? The only problem was finding a friend. It took me a while (and a lot of money) but I finally met a fellow caker who was willing to let me use his oven to make this Meat and Tater Pie.

This recipe comes from Pie Fare from Paris Fair. Now before you grab your beret and paint a moustache on with eyebrow pencil, that’s Paris, Ontario, not Paris, France. Talk about having an inferiority complex! Why would you set yourself up for that kind of fall? Ontario is weird, though. After all, this is the province of Paris, London, Stratford and Swastika.

Anyways, Meat and Tater Pie was delicious. In fact, my new friend (I think his name was Randy Andy) said the crunchy corn flake topping was the best part. It did get a little greasy on the bottom (I could only afford regular ground beef) so you might want to drain it before serving it up. Or sop up the grease with Wonder Bread.

As soon as we were done, Randy Andy told me I had to leave. He had someone else coming over to use his bedroom. Looks like I’m in the wrong business! LOL!

When pie has cooked 35 minutes, top with the grated cheese, then corn flake/butter mixture. Return to oven to bake 10 minutes until cheese melts. 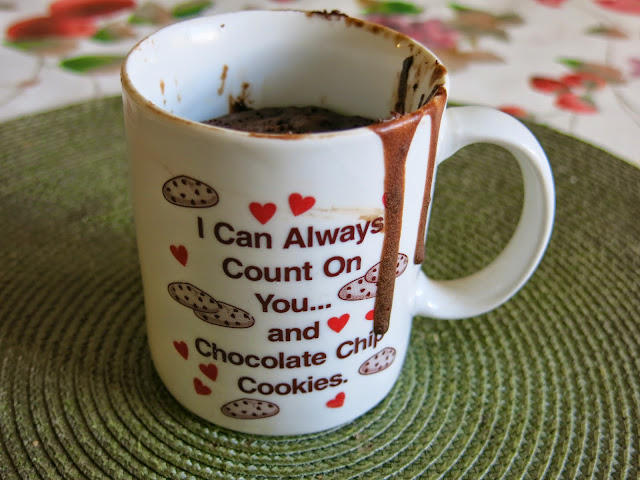 Bad news, folks. I still don’t have a kitchen. Mother was carrying my new golden harvest oven up the stairs and threw her back out. (I told her she shouldn’t have strapped it to her back but she never listens.) So now she’s laid up in bed and ringing a bell every time she’s hungry or needs a warsh. As if that wasn’t bad enough, I have a stove sitting in the middle of my stairs.

Thank the good lord for microwaves. Who needs an oven when you’ve got this little caker miracle box at your disposal? You can cook anything anywhere: the bedroom, the bathroom, even on a road trip (provided you’ve got a really long extension cord.)

I was sent the recipe for Chocolate Mug Cake by Madame M for Reader Recipe Month, but ran out of time. I was a little conflicted about the recipe in that it doesn’t involve cake mix (non-cake mix cake doesn’t even exist in the caker world), but, as Madame M pointed out, there are no bowls to warsh. So I guess it’s caker enough.

Having said that, the cake wasn’t very good. It was spongy. As in, I only ate half of it and used the other half to warsh the mug. Next time you want cake, it’s probably faster – and tastier – to eat a Ding Dong.

Mix the dry ingredients in a large mug. Add wet ingredients to the dry and mix well. Pop your mug into the microwave and zap for 3 minutes on maximum. (See note 1) Wait until the cake stops rising, and sets in the mug. Eat right out of the mug. Add a blob of ice cream on top if you wish. (See note 2) 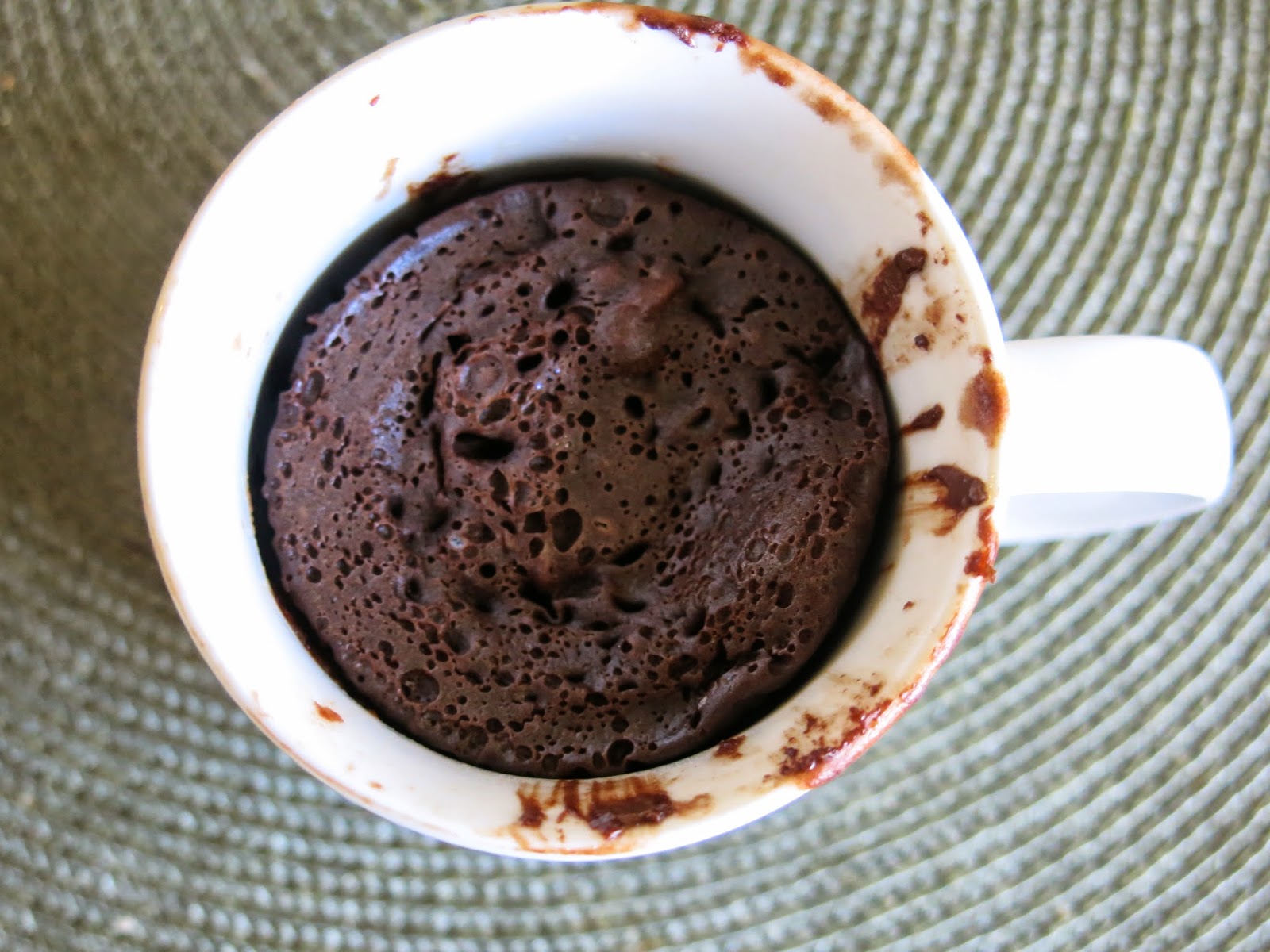 Note 1: Your cake will rise pretty high out of the mug while it’s cooking. It was pretty scary and I started screaming, which got Mother ringing the bell and yelling, “What’s going on out there?” 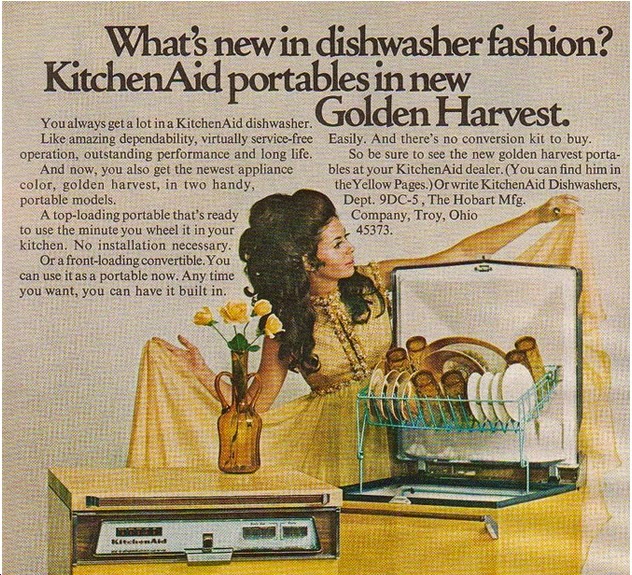 I’m undergoing a kitchen reno right now. I decided it’s time for this caker to prancercise his way into the 21st century. Here are all the things I’ve asked my handyman (a.k.a. Mother) to do:

Until my reno is complete, I don’t have a kitchen to cook in. And while some of you (mainly Eye-talians) assume that cakers don’t actually “cook,” we do need sources of heat. And my crimping iron simply isn’t going to cut it. So I’ve put together a list of random my fave recipes over the years, just like a flashbacks episode of The Golden Girls. Minus the cheesecake.

Hopefully, I’ll be back to posting recipes next week. So long as Mother manages to haul the fridge up the stairs. 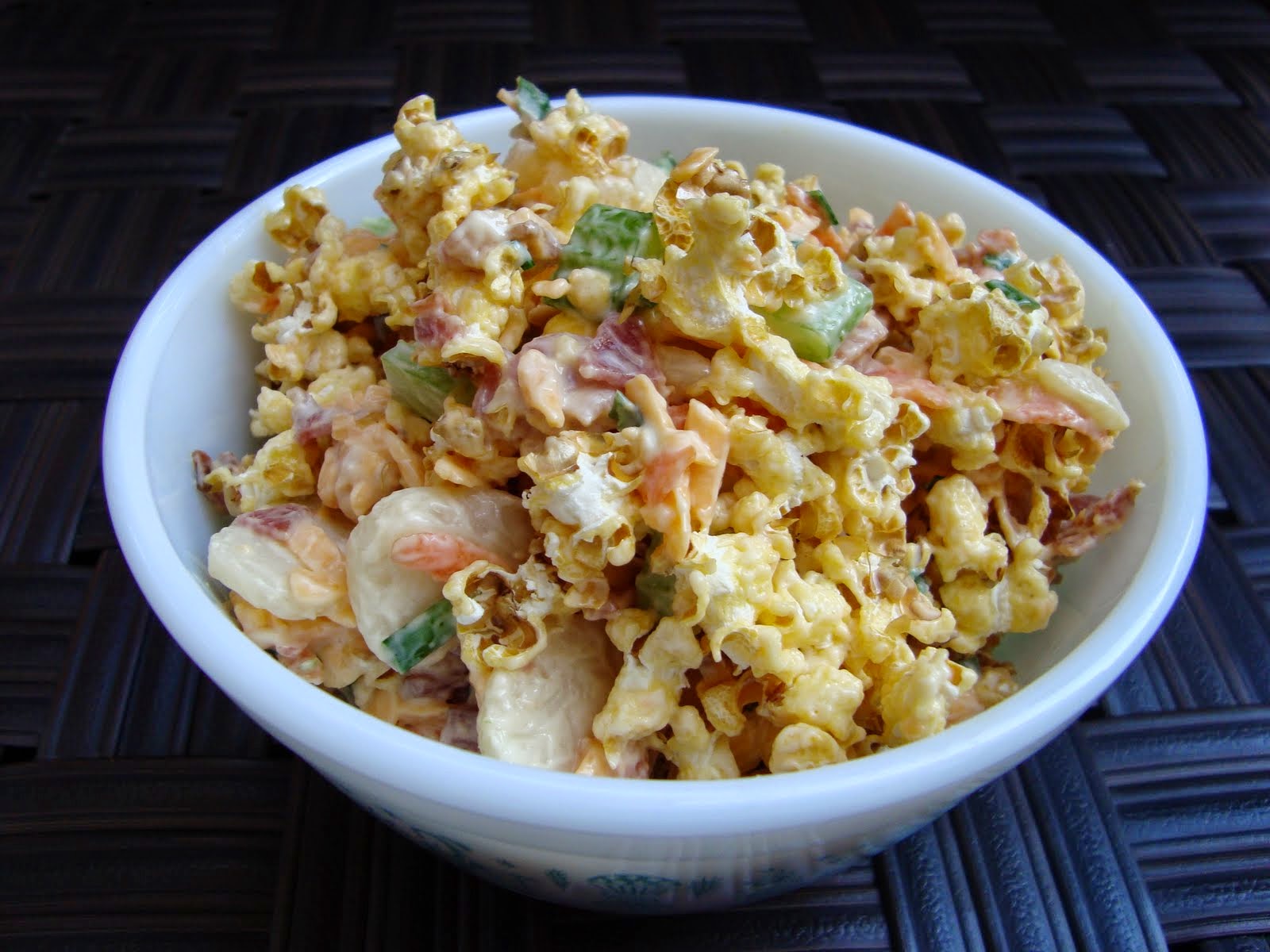 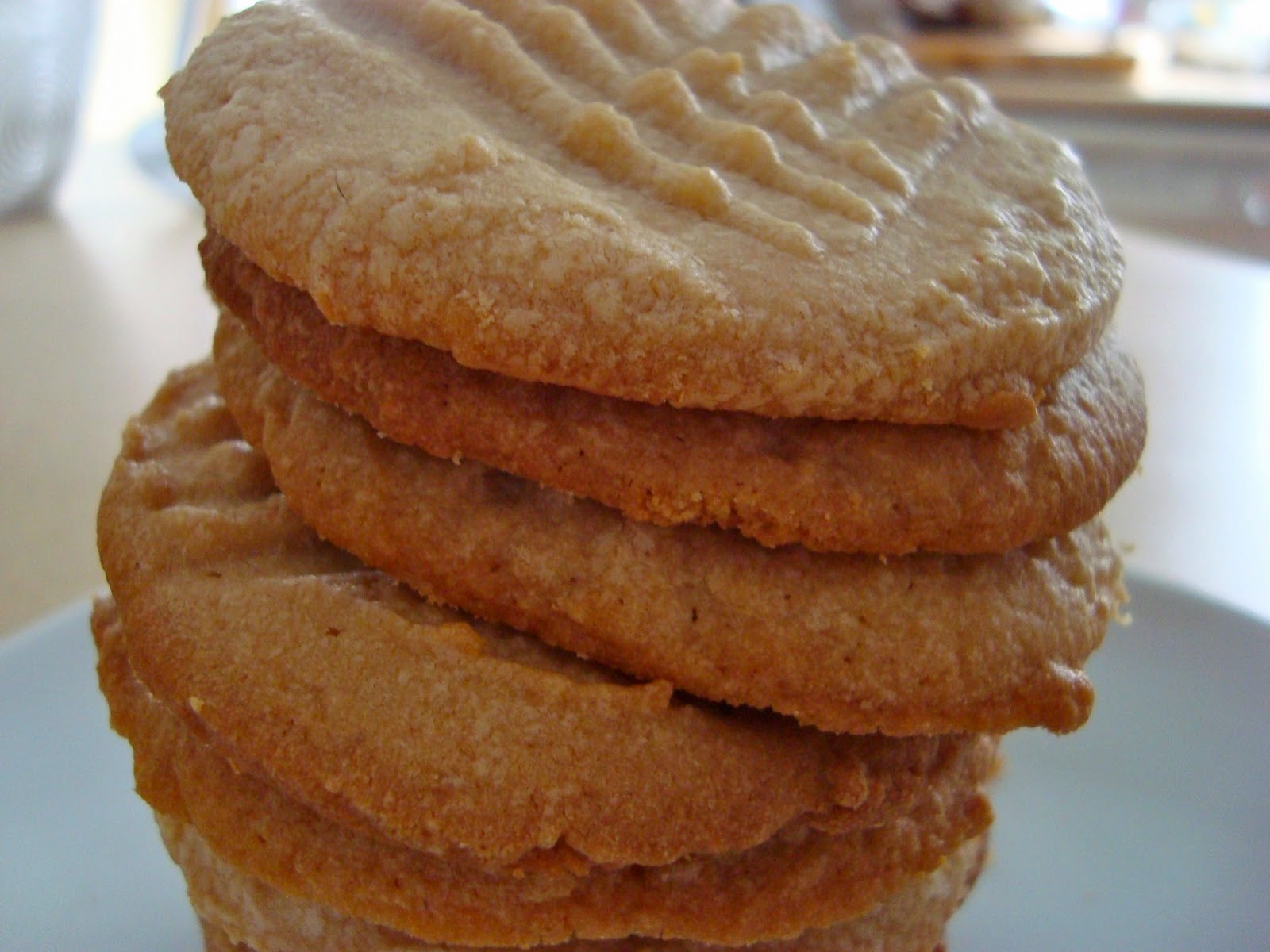 Battle of the Peanut Butter Cookies: Cakers vs. Mennonites
And you thought Godzilla vs. Mothra was intense. 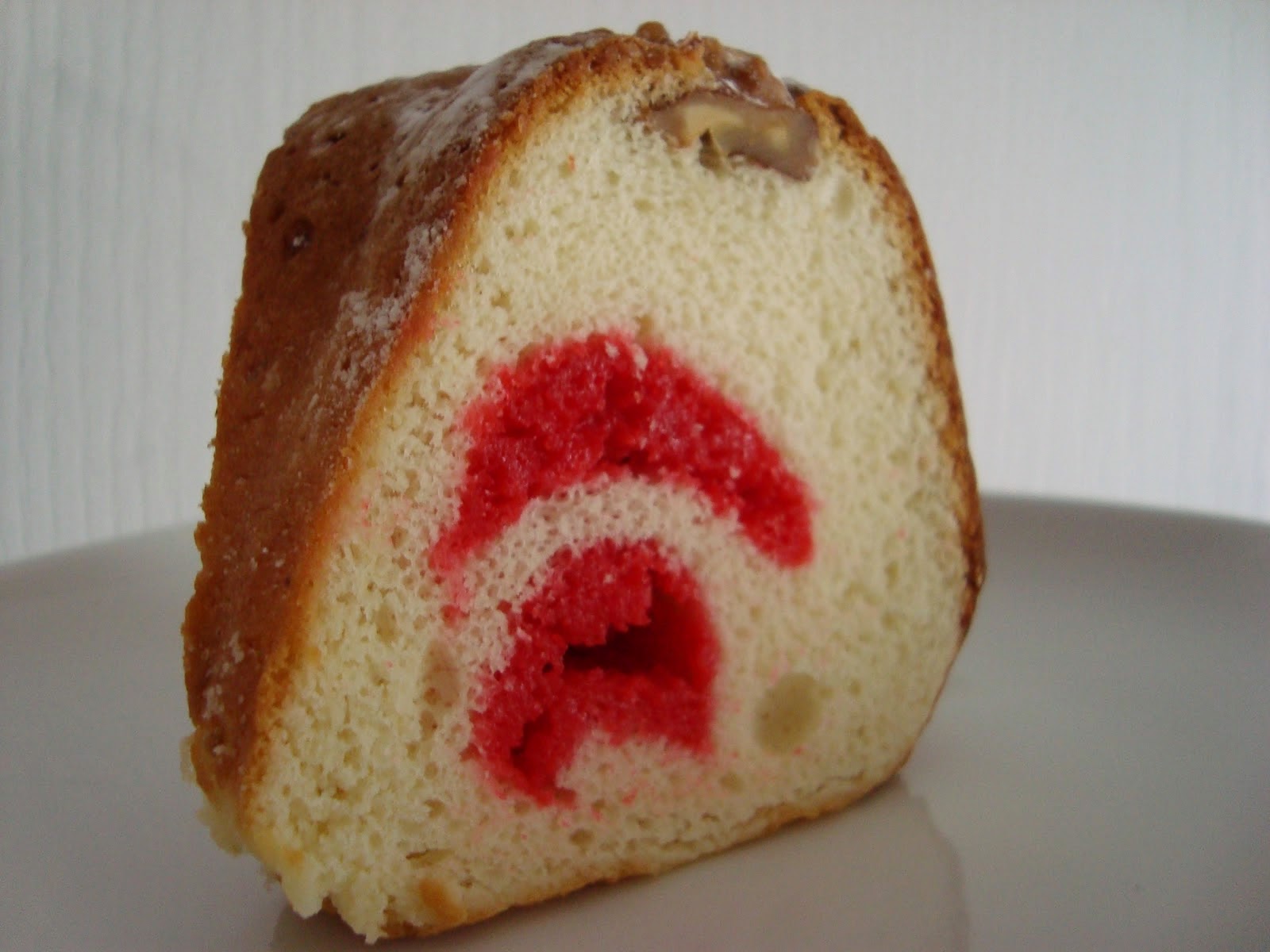 Ruby Slipper Cake
The height of sophistication from the pages of TV Guide. 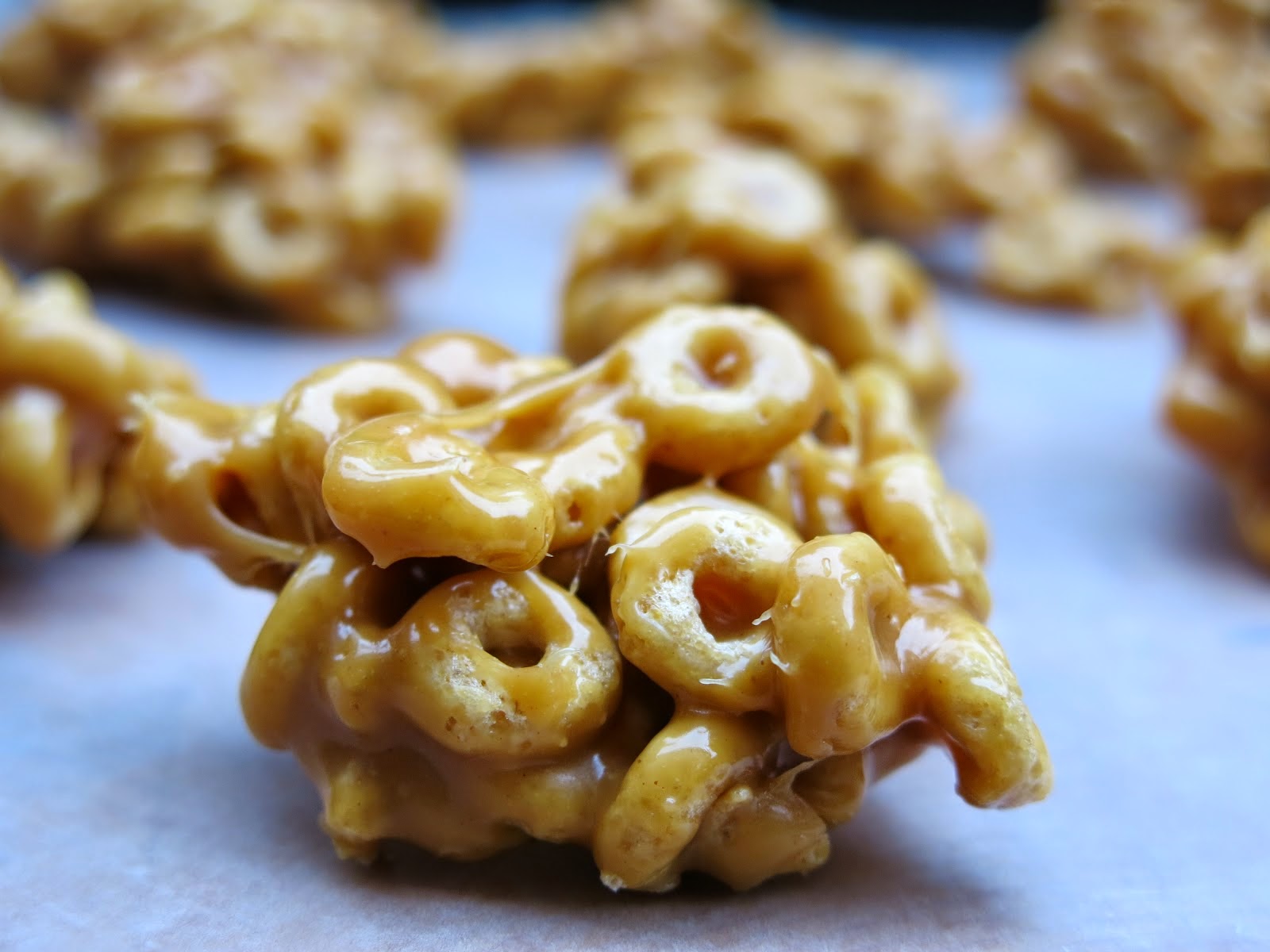 Cheerio Chews
So easy to make! And eat! 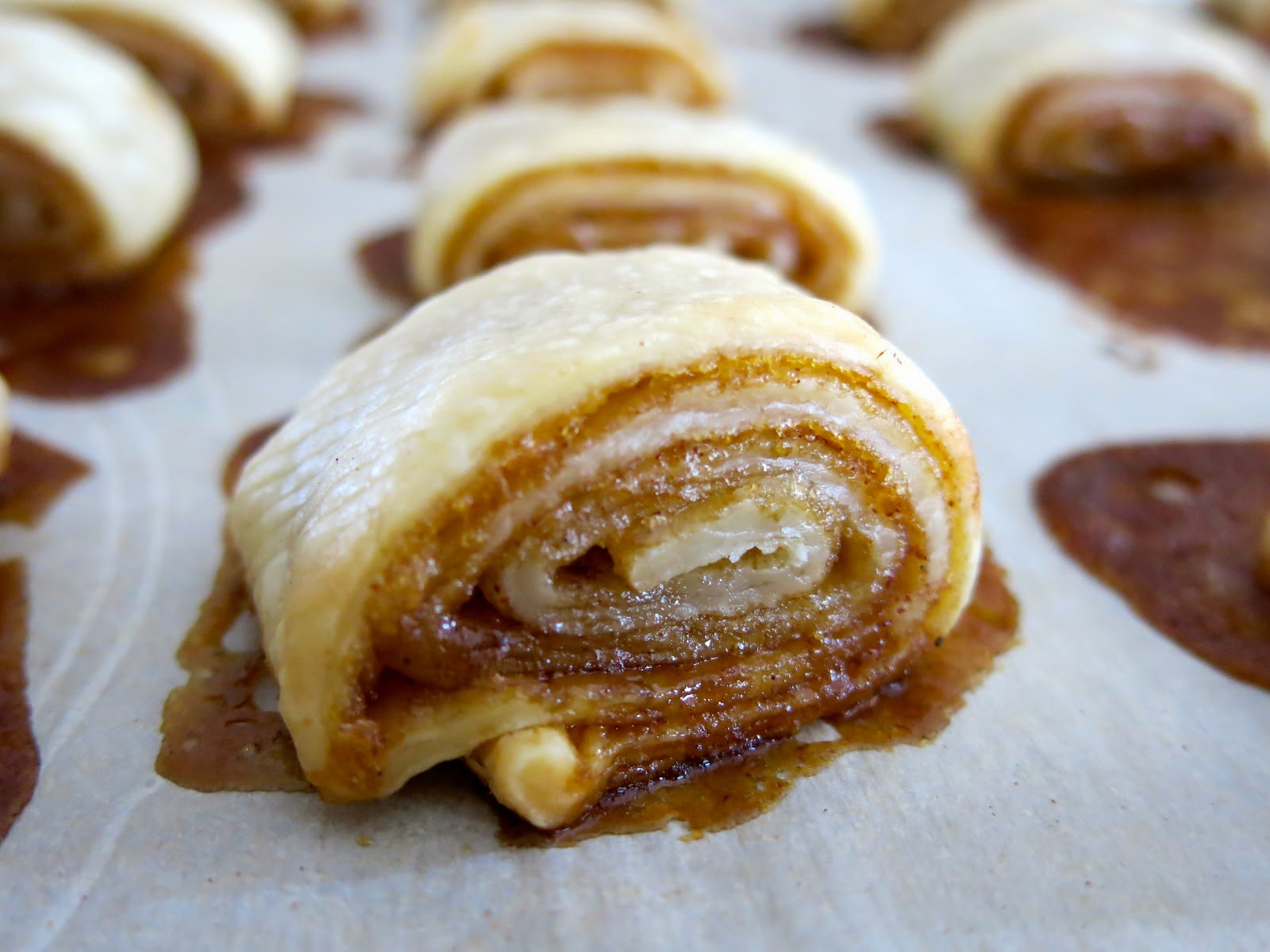 Patsy Recline’s Dingle Hoofers
The name says it all.