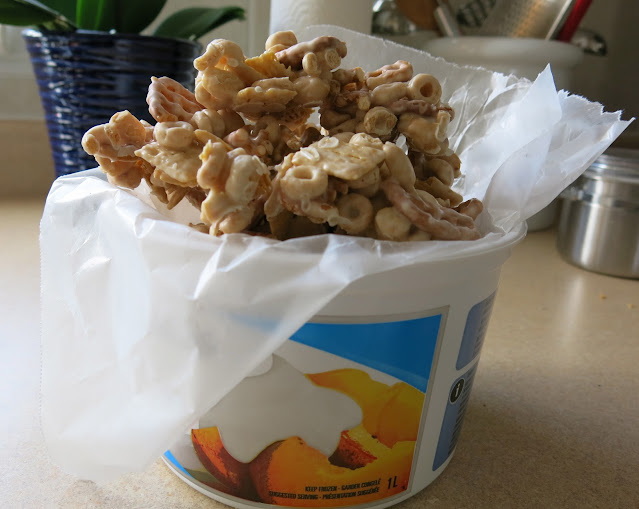 When this recipe was sent to me from the Knox United Church cookbook from Qu'Appelle, Saskatchewan, I could only hang my head in shame. I’ve talked before about how cakers are pretty uninspired when it comes to naming their food. White Stuff, sadly, is about the laziest name I’ve come across – well, besides Pink Thing.

I’m glad the world isn’t run by cakers. Just imagine how adjectiveless everything would be. Nail polish would fall into two colour categories: red and not red. Movie ad headlines would scream “NOT BAD!” High-end restaurant menus would feature items like “Expensive Cow Pieces” and “Eggy Pudding with a Crust That’s Been Blow-Torched.”

That’s not to say White Stuff isn’t tasty. It most certainly is. Just do yourself a favour and call it anything but.

And that, my friends, officially brings "Stuff Made with Cereal" month to its sugary end! I’m off to the dentist now to get some new teeth.