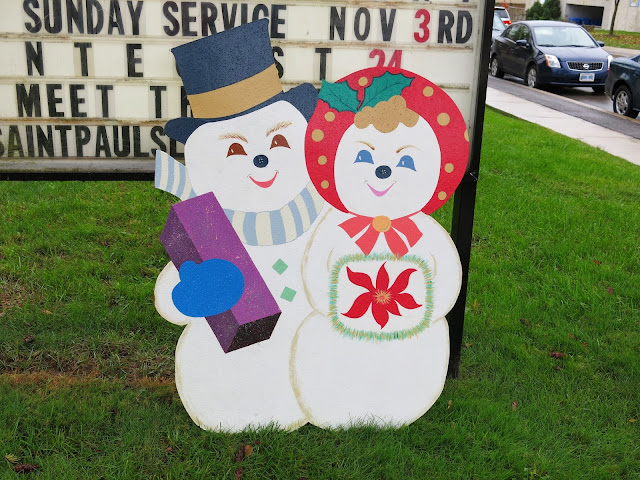 Bazaar-o-Rama is my annual tour of church holiday bazaars!

Throughout the month of November, I travel around to as many bazaaars as possible and buy lots of shit treasures and post them.

The 2013 edition is now over, but you can check out my exciting purchases below.

You can also check out the 2012 Bazaar-o-Rama by clicking here.

Watch for the 2014 edition coming this November. 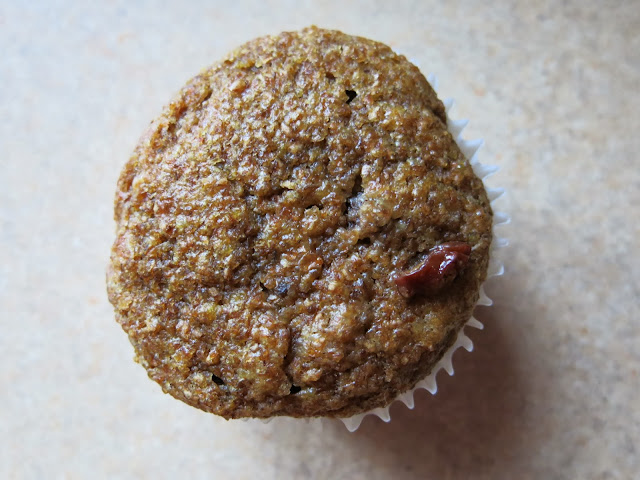 Raisin Bran Muffin
I bought this to make up for the raisinless raisin bran muffin from last year's Bazaar-o-Rama. This one didn't disappoint. There were so many raisins packed inside, my mouth could barely keep up. I paid 50 cents for this. 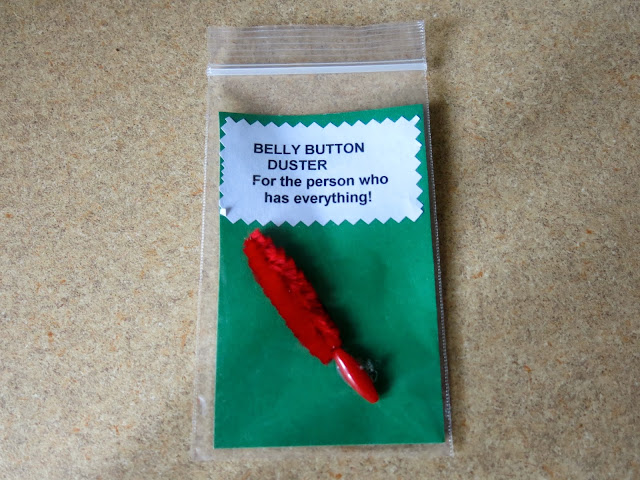 Belly Button Duster
When I bought this, I said to the lady, "I could really use this." She said, "I didn't need to know that." It was 50 cents. 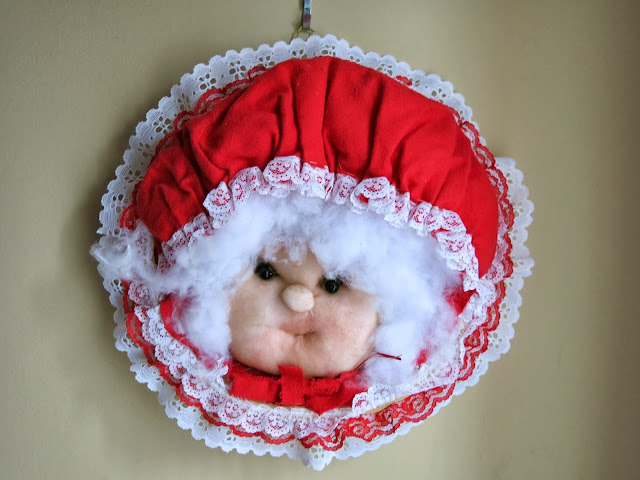 Pantyhose Doll Head
I remember pantyhose doll heads from my childhood, but no one else remembers them. So I always wondered if I dreamed them. Folks, the dream is over. She looks mean, though. I hope she's not haunted. Trust me - you never want to be anywhere near a possessed pantyhose doll head. This was one dollar. 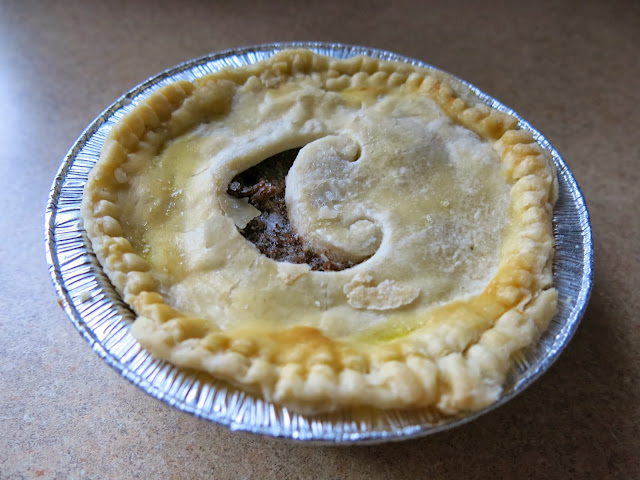 Meat Pie
Looks like someone got all Martha Stewartson with her meat pies. This was $3.50 or two for $7.00 which seemed like a good deal to me. I ate this and it was pretty good. Although it was pea-less. I think meat pies should at least have something green or orange in them to break up the brown. 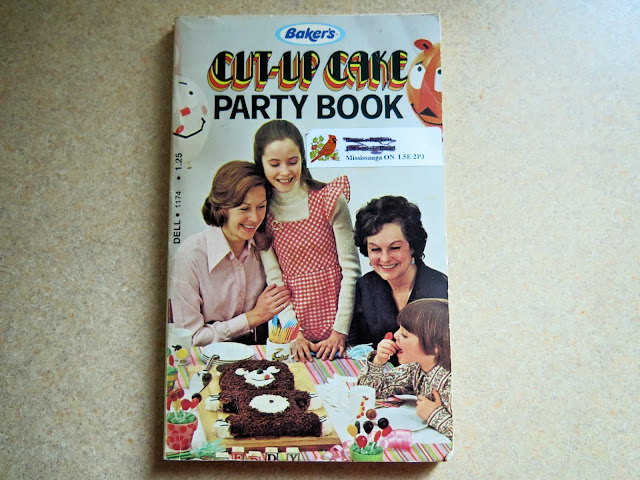 Cut-Up Cake Party Book
One time, my mom made me a birthday cake in the shape of a 0. Because that's how many kids came to my party. I paid a quarter for this. 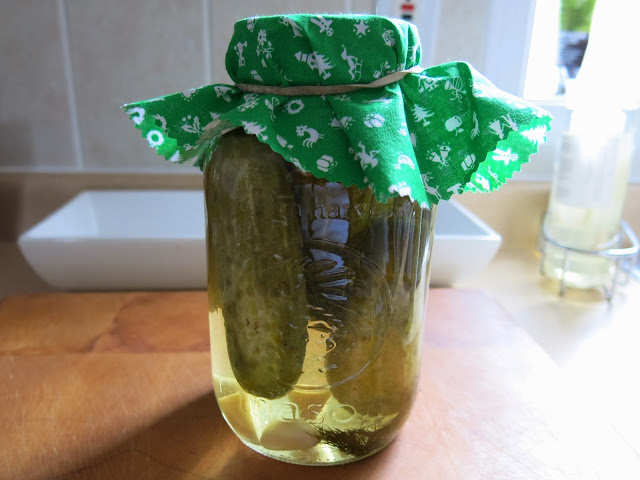 Pickles
There are two things in life I’ll never make: mother happy and pickles. I figured these would be cootie-free on account of the sterilized jar, but the outside was sticky, which bothered me. The pickles had an aftertaste. I paid five dollars. 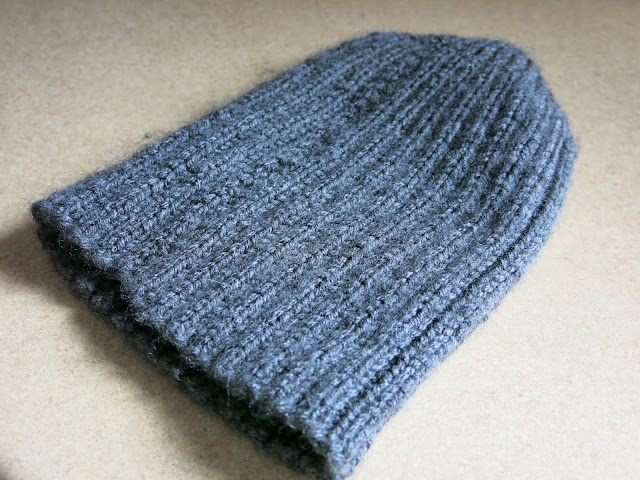 I bought this homemade hat for five bucks. You know what? It’s going to keep my head goddamn warmer than any five buck hat from Old Navy, m’kay? 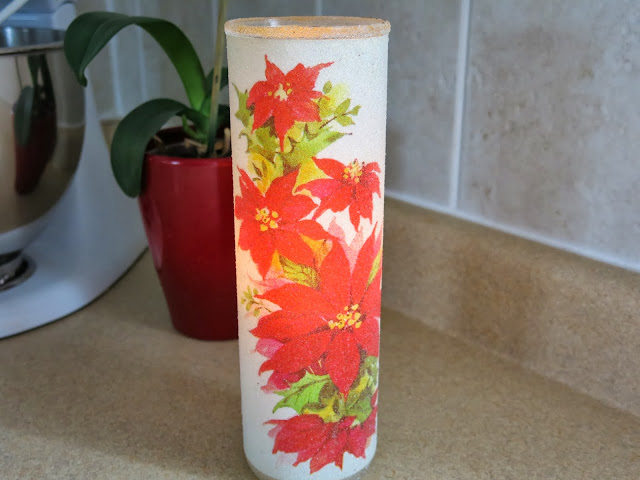 Glass candle
I remember these glass candles from when I was a kid. And for 50 cents, how could I resist? The one downside – having to blow the curly black hairs off the wax. 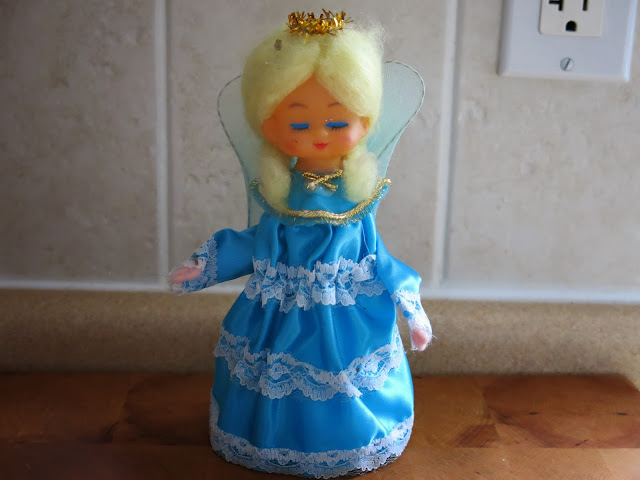 Angel Doll
I paid one dollar for this, which I think is a steal. Just look at the artistry of that blue eye shadow! I’m giving it to mother and telling her it’s a Royal Doulton. 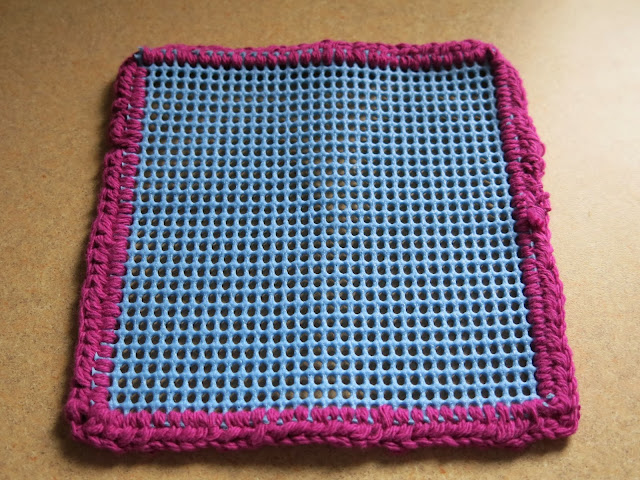 Jar opener
I have problems opening jars on account of poor hand-eye coordination. So this was a good investment. It was one dollar. 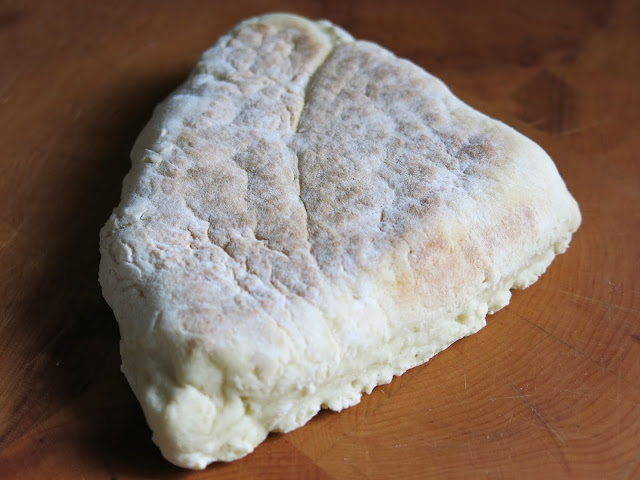 Irish Soda Scone
I've never had an Irish Scone before. I don't think I'll have one ever again. There wasn't enough jam in the world to make this taste good. Sorry, Ireland. I paid 75 cents. 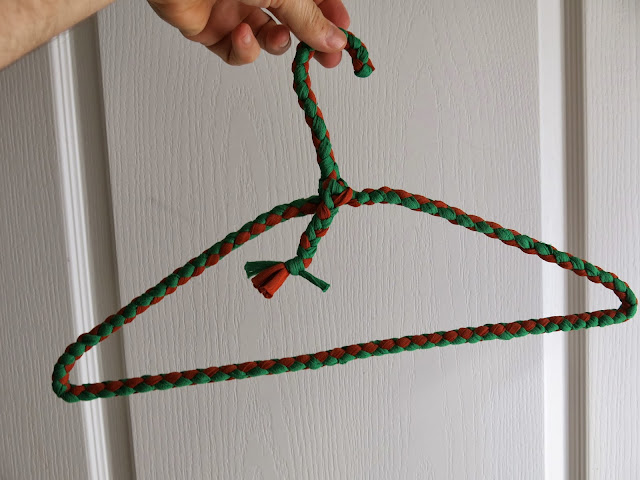 Coat Hanger
My grandmother lived in Saskatoon and came to visit us one Christmas. I remember her wearing a hairnet and making these coat hangers. I guess talent runs in the family. This was $1.25. 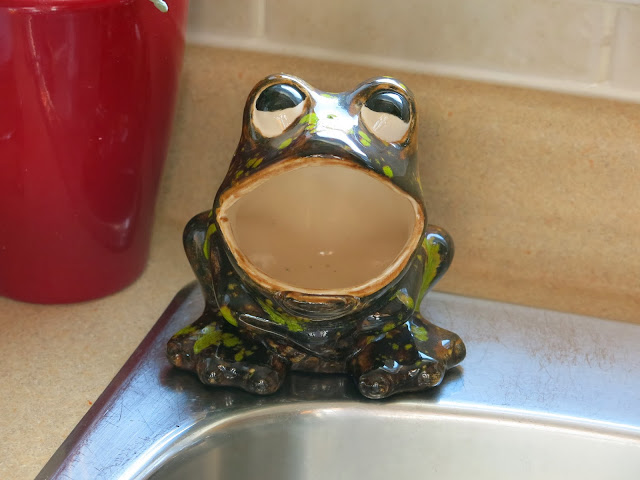 Week 3
Frog Brillo Pad Holder
This lil’ guy is the perfect place to store your Ragu-crusted Brillo pads. It almost inspires me to do the dishes. Almost. I paid 50 cents. 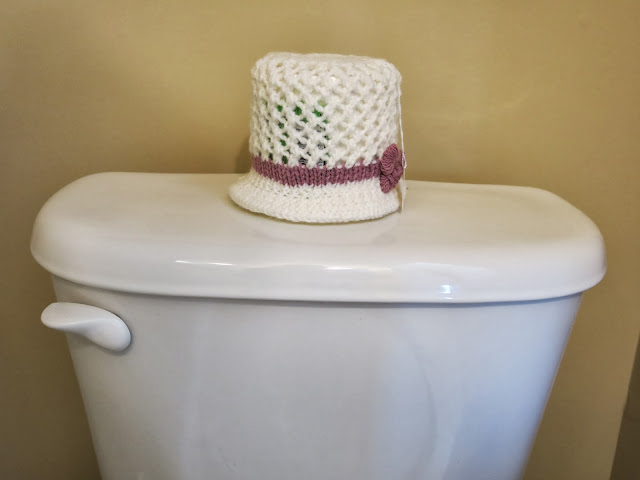 Macrame Terlit Paper Cozy
We’ve all been there – you’re on the terlit and you run out of terlit paper and end up having to use your…well, it’s best left unsaid. Problem solved with this macramé terlit paper holder – and it doubles as a hat! I paid four dollars, terlit paper included. (Only it was 1-ply.) 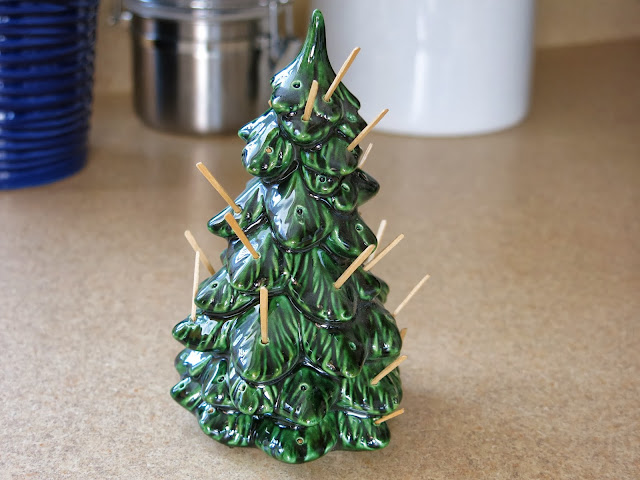 Tree Toothpick Holder
We’ve all been there – you’re on the terlit with a big piece of turkey gristle wedged between your two front teeth. Problem solved with this decorative toothpick holder. And it matches my light-up ceramic tree! This was 50 cents. 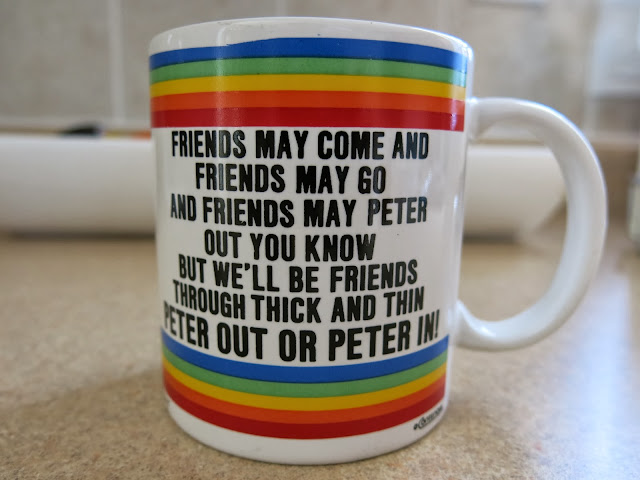 Mug
I can’t tell you how many friends I’ve petered in and out of. This was 50 cents. 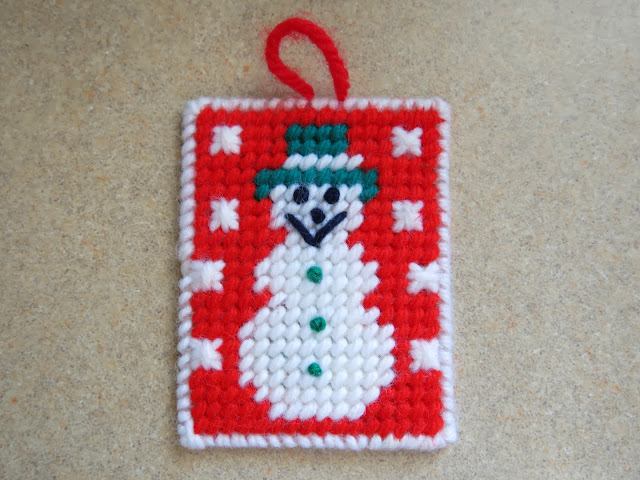 Snowman Ornament
This will make a perfect addition to my tree. If only he didn’t look, well, evil. This could be the second possessed thing I’ve purchased. I paid 25 cents. 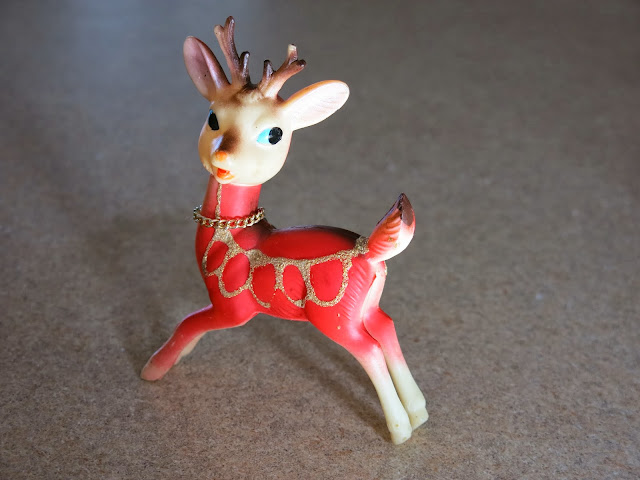 Plastic deer
I don’t know why I bought this. I guess I felt sorry for it. It was 25 cents. 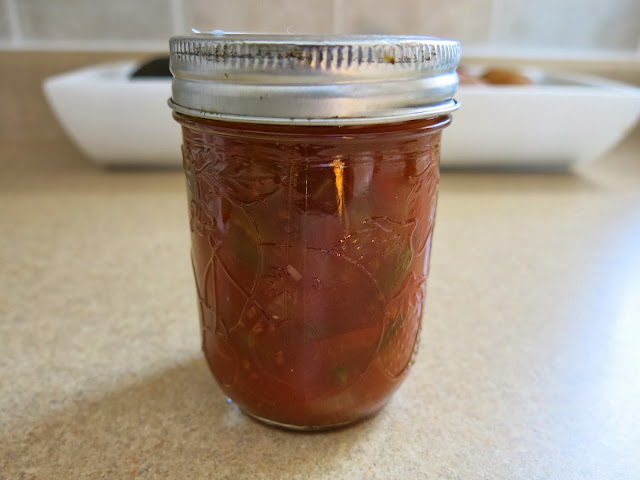 Chili Sauce
I’m a big fan of chili sauce. This wasn’t bad, but it was a little light on the tomatoes and onions. The woman put her name on the jar, so I’ll track her down and give her my opinion. This was five dollars. 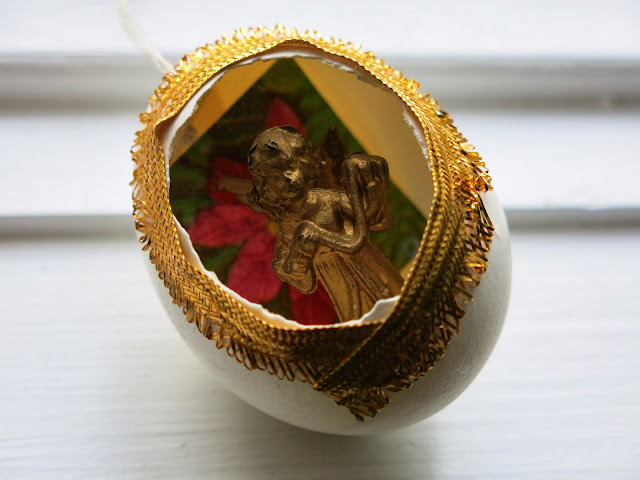 Egg Ornament
Folks, this is a real egg. Do you know how hard it is to make real egg ornaments? Just look at the artistry. It’s like the Van Gogh of egg ornaments. This was 50 cents.

What will I find for my final week of Bazaar-o-Rama? Check back next Friday, November 29! 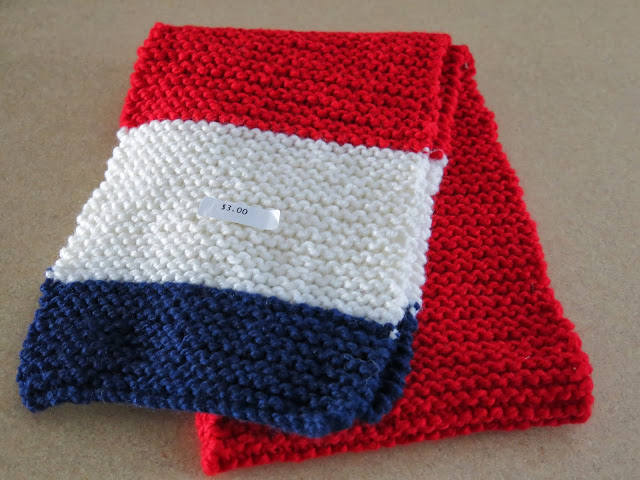 Scarf
I bought this homemade scarf for three bucks. You know what? It’s going to keep my neck goddamn warmer than any three-buck scarf from Old Navy. On second thought, you couldn’t even frickin’ buy a three-buck scarf at Old Navy, m’kay? 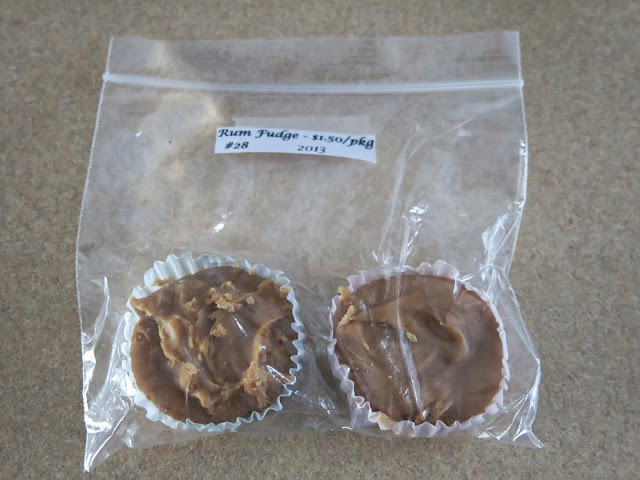 Pucks o’ Fudge
There are only two things I want to see in muffin liners: 1) raisin bran muffins that are packed with raisins and 2) fudge. I opted for the rum flavour. Obviously. This was $1.50. 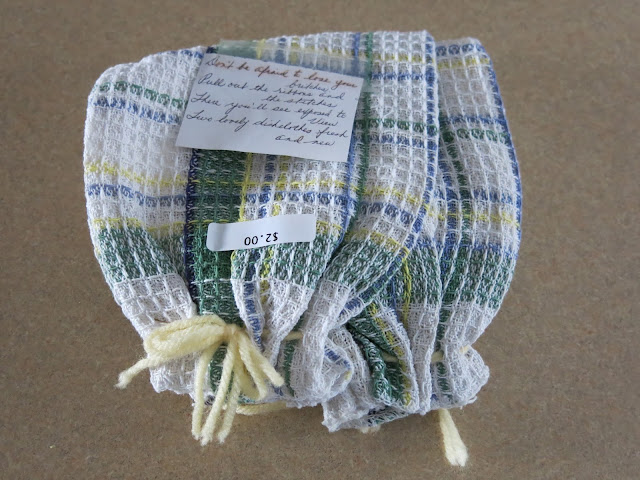 Poetry
I didn’t buy these for the tea towels, but for the accompanying poem. I’m a big supporter of the arts. Note that these tea towels are supposed to look like britches. The poem makes more sense that way. This was two dollars. 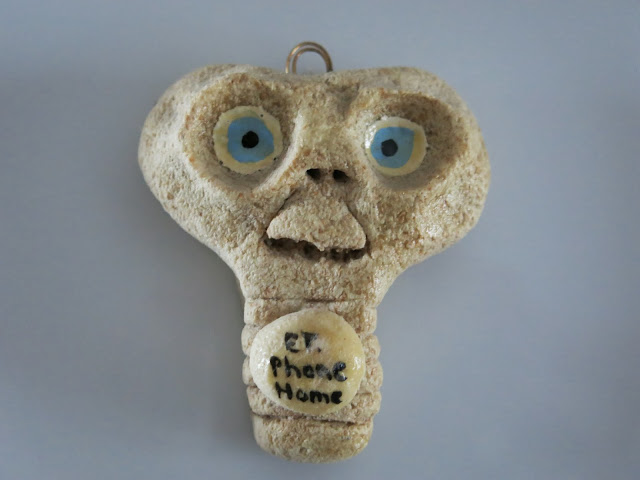 E.T. Dough Head
The woman explained that, although this was made of salt dough, I shouldn’t eat it. I’m glad she told me that as it was getting close to lunchtime. This was 50 cents. 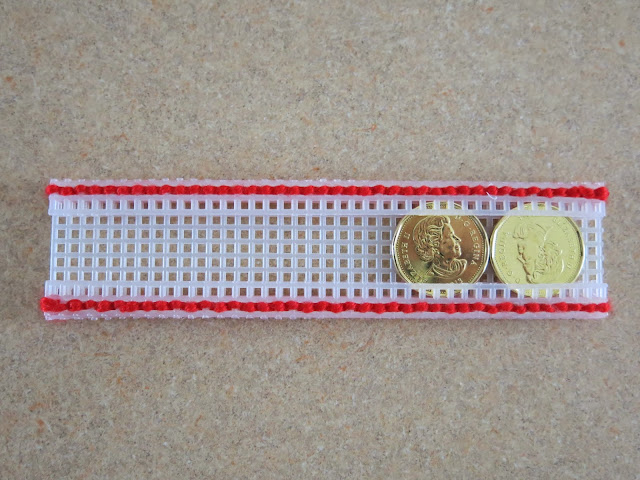 Loonie Holder
Finally, I have a place to store all my money. And what you’re seeing is pretty much all my money.  This cost, not surprisingly, a loonie. Otherwise, there’d be three loonies in it.

(Americans: loonies are Canadian one dollar coins. If you ever come across one, don't try to peel the foil off to get to the chocolate. There's no chocolate. I've got the fingernails to prove it.) 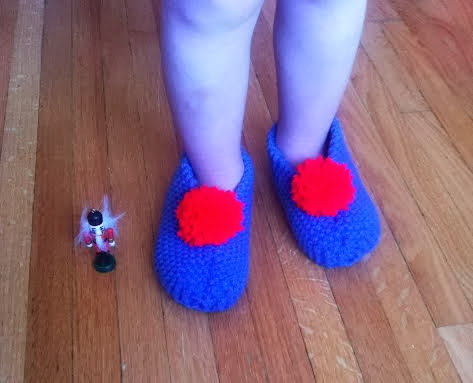 Slippers
The lovely Mrs. Hunter, creator of Style Forage and collaborator on my Top 5 Caker Fashions, joined me on my final bazaar tour and picked these up for her son. Uh, could you get cuter for five bucks? I don’t think so. 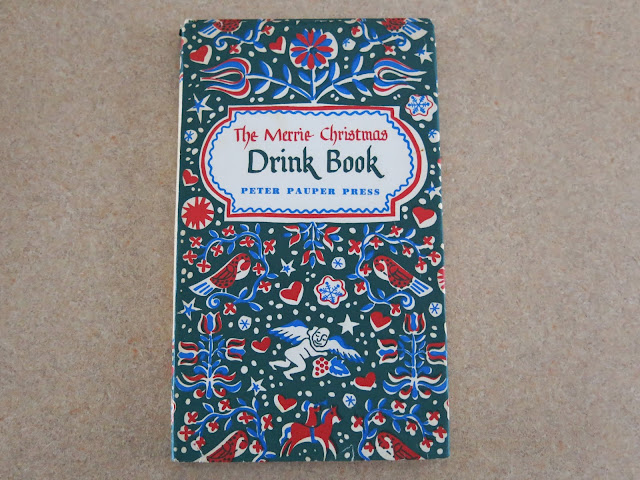 The Merrie Christmas Drink Book
I bought this in preparation for my Caker Christmas party. That’s assuming people will come. If not, Mother and I will be all limbered up for our usual Saturday night game of Twister.

That’s a wrap, folks! Bazaar-o-Rama is over for another year. But don't despair. Come back Monday for the start of my month-long Caker Cooking Christmas extravaganza!