With bazaars cancelled again this year, I’ve been serving up bazaar craft ideas and classic recipes all month long. Sadly, we’ve arrived at the final post. But I’m leaving on a high note.

When I was growing up, all drugs had a bad rap. And kids who did drugs wore lumberjackets, smoked Player’s Filter and kept their eyes hidden under a fringe of hair. They also carried switch blades and were named Mitch.

But since becoming legalized in Canada in 2018, there are now more recreational cannabis shops than Starbucks. On my street, anyway. And there’s only so much a Pumpkin Spice Latte can do to take the edge off. In fact, nothing is more relaxing than taking an edible on Saturday night, putting on an Anne Murray LP, doing some crafts, and watching the unicorns prance around the living room to “Daydream Believer.”

Originally, this craft idea, taken from my 1976 copy of "Woman’s Day: Best Ideas for Christmas," was called a Candy Carrying Angel. But I’ve decided she needed to catch up with the times. So allow me to introduce you to the Edibles Christmas Angel. Fill her box with goodies and I guarantee this will be your most chill holiday season ever. 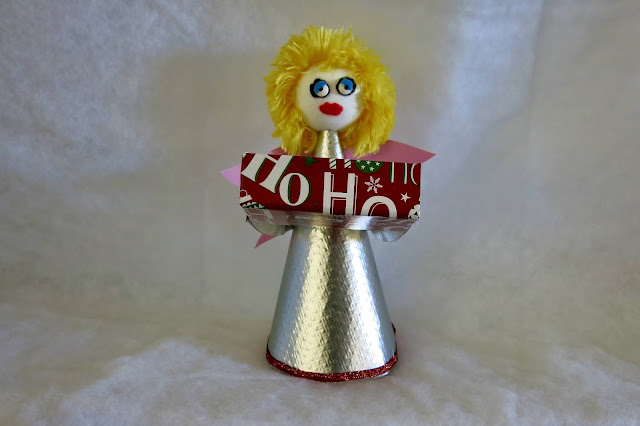 To make your Edibles Christmas Angel, simply roll some cardboard into a cone, cover it with wrapping paper, make a Styrofoam ball head, add some wings, attach her arms, glue a box to her hands, and voila! (Okay, she wasn’t that easy. The arms were a pain to get right. But you’ll figure it out. Eventually.) 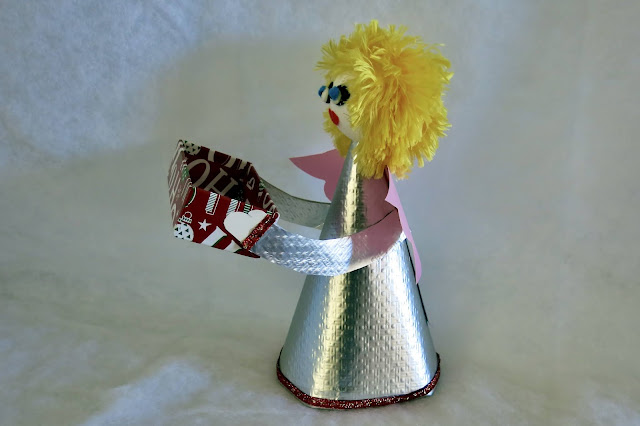 Set her in the middle of the buffet table and I guarantee the Edibles Christmas Angel will be the most appreciated – and popular – guest at your holiday party. And yes, Mitch would approve.

In terms of a recipe, I recommend Cocktail Meatballs. Don’t let the grape jelly/chili sauce combo scare you. These lil' balls are addictive and perfect for your impending munchies. Just don’t swallow the toothpick. I’m speaking from experience. Get the recipe here. 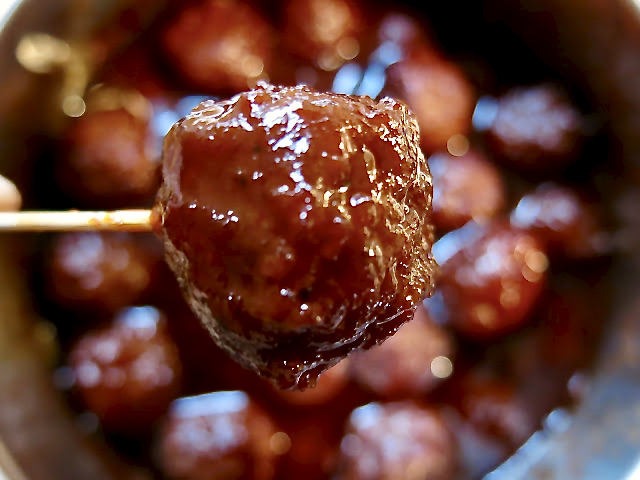 Thank you to everyone for joining me for this special Caker Cooking reboot! I wish you both the best for a safe, happy and vitamin-free holiday season. We’ll see you next year at a bazaar knit table. I’ll be the one crying tears of joy and buying a pair of ill-fitting knit slippers.

Craft source: Woman's Day Best Ideas for Christmas. You can see their version of the Candy Carrying Angel on the cover. But I think we know whose angel reigns supreme.
Posted by Brian Francis at 04:21