Bazaars may be cancelled this month, but Caker Cooking is here to the rescue with bazaar craft ideas and classic recipes to celebrate the holiday season.

This week’s craft idea comes from the book “Don’t Throw It Away!” by Vivian Abell, published in 1973. Vivian’s book is a good reminder that one person’s trash is another person’s artistic statement. Mind you, I think she crosses a line at times. For example, her Wishbone Ornament is exactly what you think it is. Same goes for the olive pit picture frame. 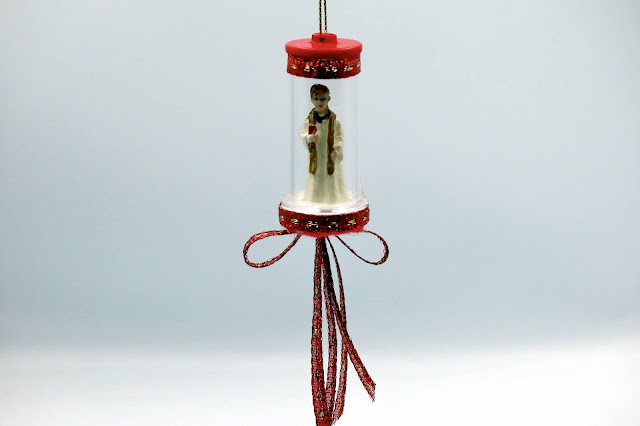 But when I saw Vivian’s instructions for turning prescription pill bottles into dazzling Christmas ornaments, I realized this woman is a genius! All you need are some empty pill bottles, miniature figurines, buttons, ribbon, and a vision. 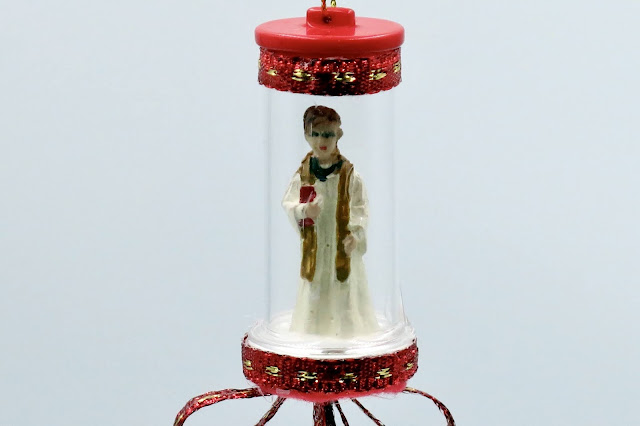 I found these miniature figurines at the dollar store which proves there aren’t nothing you can’t find at the dollar store. I named the ones below the McGillicuddy girls. Although, judging by their facial expressions, they look a little disturbed. I suppose that’s understandable, given the prospect of ending up inside a pill bottle for all eternity. 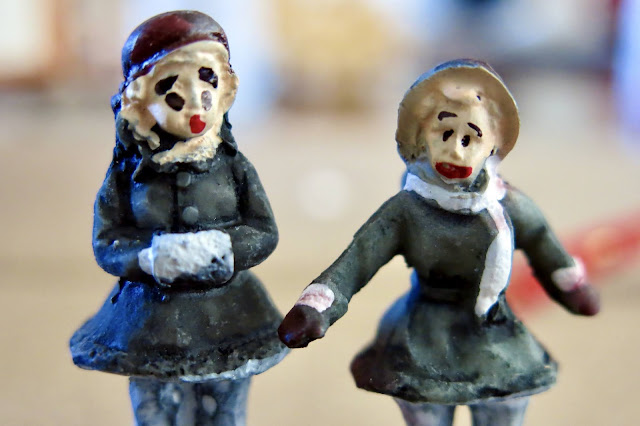 I chose the priest figurine because he reminded me of Richard Chamberlain from the TV miniseries, “The Thorn Birds.” Now that was some high drama 80s television. 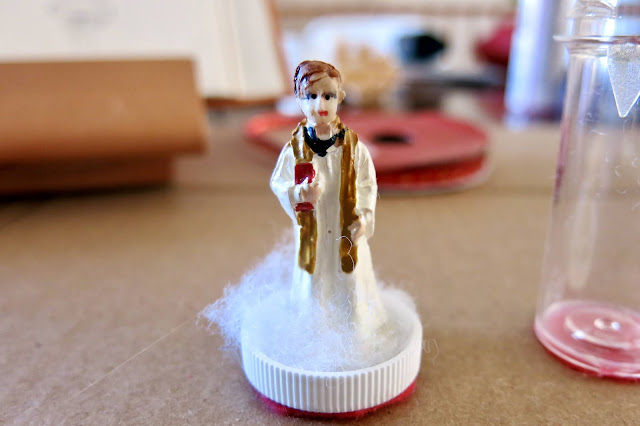 To make your ornament, simply add a bit of fluff to the inside of the lid, glue on your figurine, put the lid back on, turn it upside down and jazz hands it up with some gay ribbon, felt and buttons.

But why stop at pill bottles? I found an old urine sample bottle in my cupboard. It was my dog’s, and yes, it was unused. I think. Suffice to say, the McGillicuddy girls look really disturbed now. 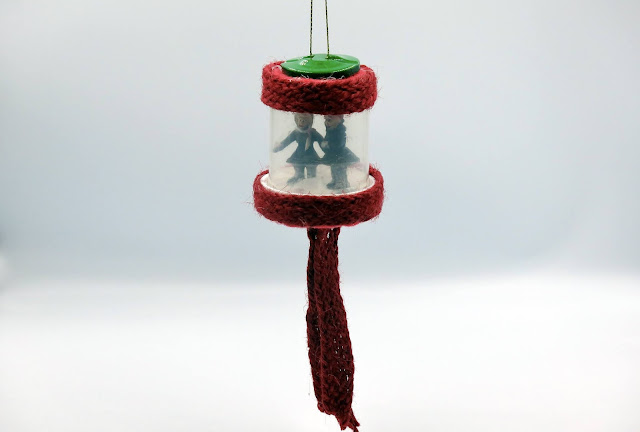 While I was at it, I also made a snow globe out of a honey jar and used an old-timey reindeer ornament that I found at a bazaar a few years back. Adding a few teaspoons of glycerine thickens the water, so the snow falls more poetically. Speaking of snow, use finely crushed eggshells like I did. Warning: You’ll have to eat three hard-boiled eggs if you do. This wasn't a problem for me. 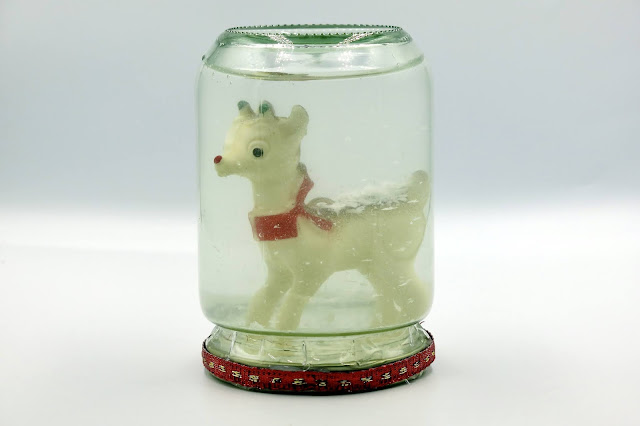 I’m pairing this week’s craft with the holiday classic, Green Bean Casserole. You should never feel guilty about eating this. It's loaded with vegetables: green beans, cream of mushroom soup and French-Fried onions. You can get the recipe here. 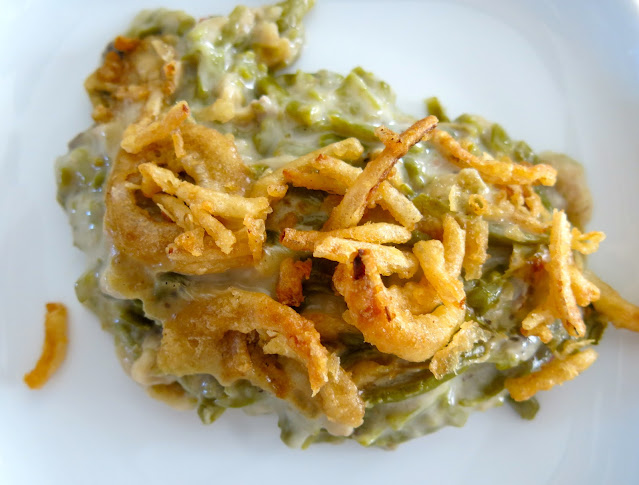 Save your paper grocery bags and we’ll see you back here next week with another craft idea and recipe.

Craft source: Don't Throw It Away!